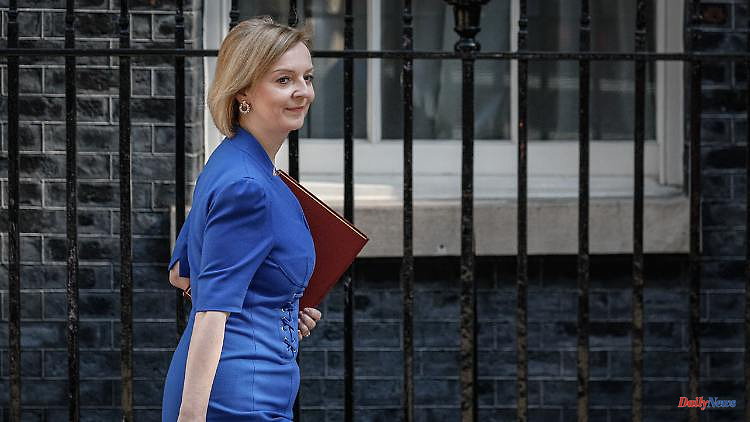 The British government wants to unilaterally change the Brexit regulation for Northern Ireland agreed with Brussels. Foreign Minister Liz Truss presented a corresponding draft law in London. This provides a "reasonable, practical solution to the problems in Northern Ireland" and does not violate international law, she assured. The draft is necessary to ensure stability and peace in the former troubled province.

The EU Commission immediately reacted with sharp criticism. Commission Vice-President Maros Sefcovic said Brussels was "with great concern" about the British government's decision. "Unilateral measures are detrimental to mutual trust." Tuss assured: "We are still open to talks with the EU." However, progress can only be made if Brussels accepts changes to the agreement known as the Northern Ireland Protocol. So far that has not been the case.

The so-called Northern Ireland Protocol is part of the Brexit agreement between Brussels and London. It regulates the status of the British province. The British government is now resisting the customs controls on trade between Northern Ireland and Great Britain provided for in the agreement it negotiated and signed itself.

London had agreed to this regulation to prevent controls at the inner-Irish border, as this could endanger the peace process in the former troubled region. But now an intra-British goods border has been created. The EU had granted practical simplifications for the controls, but rejected a fundamental revision of the protocol.

But now London is threatening to stop the goods controls agreed in the protocol to protect the EU internal market and to replace them with a voluntary regulation. In addition, the role of the European Court of Justice is to be drastically restricted. London also wants to give itself a free hand when it comes to VAT regulations. According to a large number of experts, this would be a clear breach of international law. However, the government in London denies this.

According to Sefcovic, the Commission now wants to consider "as a first step" the continuation of legal proceedings initiated against the British government in March 2021. "We suspended this procedure in September 2021 in a spirit of constructive cooperation to make room for finding common solutions. The UK's unilateral action goes directly against that spirit," said Commission Vice-President Sefcovic.

1 How Social Media Video Trends Vary Between Platforms 2 Legislative 2022. 5th Constituency of Isere - Frederic... 3 "A catastrophe precedent": UNHCR boss condemns... 4 Foxes President Steffel: Handball boss wants to lead... 5 After the first round, the Nupes and Interior are... 6 Animal lived 13,200 years ago: Life of a primeval... 7 50 colors of dam were voted against the National Rally... 8 Washington promises to work with allies to provide... 9 The day of the war at a glance: Russians destroy the... 10 Mecklenburg-Western Pomerania: truck overturns on...