According to the plans of the federal government, it should be easier for foreign skilled workers in Germany in the future. 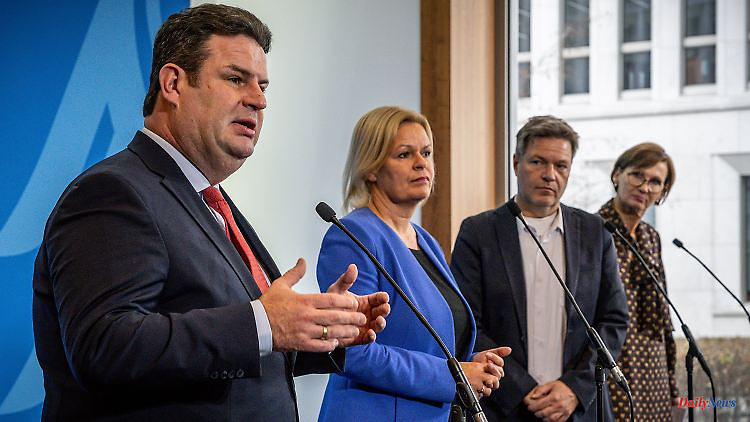 According to the plans of the federal government, it should be easier for foreign skilled workers in Germany in the future. Labor Minister Heil and Economics Minister Habeck want to attract as many well-trained people as possible.

Federal Minister of Labor Hubertus Heil promoted the federal government's skilled labor offensive and emphasized its importance. "Germany will need all helping hands and bright minds in the future," said Heil when presenting the key points for a new immigration law for skilled workers in Berlin. According to the plans that the Federal Cabinet decided at midday, Germany wants to attract more workers from abroad and simplify the rules for entry and recognition of professional qualifications.

"Securing skilled workers is securing prosperity," emphasized Heil. In all areas, such as nursing, childcare or public administration, millions of additional workers would be needed by 2035. "We will pull out all the stops to leverage domestic potential," said Heil. This also includes easier access for foreign workers to the German labor market. The federal government's plans for a "massive recruitment strategy" are a "big and important step".

Among other things, the changes provide that recognized foreign skilled workers should also be able to work in occupations that have little or nothing to do with their training. Also new is the idea of ​​using a point system to give non-EU foreigners the opportunity to move to Germany to look for a job. Heil emphasized that it is an illusion to believe that all skilled workers from abroad would want to come to Germany. It is therefore important to promote integration processes in addition to facilitating immigration.

Federal Minister of Economics Robert Habeck emphasized that, in addition to climate protection and digitization, demographic change in the labor market is leading to major upheavals. Procedures for accelerating qualified immigration must be "implemented quickly and pragmatically". "We will lower the limits and thresholds for immigration. We will improve integration," assured the Green politician.

Home Secretary Nancy Faeser said she was confident that she would soon be able to present a concrete bill to implement this project. According to Heil, the Bundestag should deal with the innovations in the immigration of skilled workers at the beginning of next year.

1 Gala in the duel of the NBA superstars: Doncic towers... 2 Ex-policeman unpacks: Meghan received "disgusting... 3 North Rhine-Westphalia: committee at the Rahmede viaduct:... 4 Bavaria: Accidentally drilled into the apartment:... 5 Baden-Württemberg: About the vulnerable democracy:... 6 Hesse: Third warmest autumn in Hesse since 1881 7 Thuringia: Weather Service: Autumn in Thuringia exceptionally... 8 Bayern: Werner without concern: "Not too big... 9 Hesse: Gießen district: No evidence of further bird... 10 Baden-Württemberg: the railway line near Ulm is temporarily... 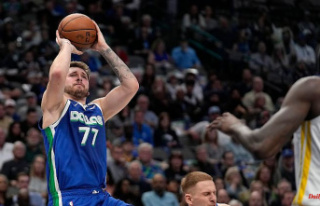 Gala in the duel of the NBA superstars: Doncic towers...