The federal government draws consequences from its agreements in the coalition agreement. 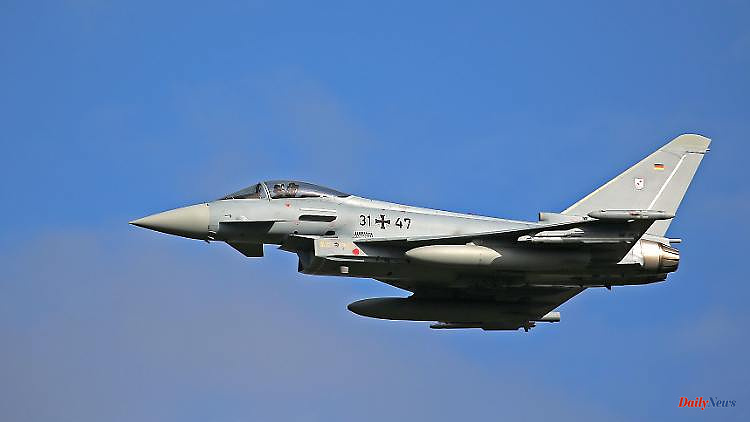 The federal government draws consequences from its agreements in the coalition agreement. It states that it will not send any armaments to states involved in the Yemen war. According to a report, it therefore refuses to export certain spare parts to Saudi Arabia.

According to a report, the federal government is refusing to supply fighter jet spare parts for Saudi Arabia. As a result, the country cannot currently have its Eurofighter fighter planes repaired, the "Spiegel" reported. The refusal is justified with the coalition agreement. There it says: "We do not issue export licenses for armaments to states as long as they are demonstrably directly involved in the Yemen war" - this is the case with Saudi Arabia.

According to the "Spiegel", the previous government of Union and SPD had approved the export of German supplier parts to the Eurofighter manufacturer BAE Systems in Great Britain, but this regulation expired in March. So far there are no signs that the Greens-led economics and foreign affairs ministries are changing their stance on the matter. The magazine continued to write that there was dissatisfaction with the German approach among the production partners and in Saudi Arabia.

War has been raging in Yemen since 2015 between the troops of President Abed Rabbo Mansur Hadi, who have since been supported by Saudi Arabia and other Arab states, and the Shiite Iran-backed Houthi rebels. The conflicting parties in Yemen extended the ceasefire on Thursday. Both sides have accepted the United Nations' proposal to extend the agreement by two months, said UN special envoy Hans Grundberg. US President Joe Biden said the ceasefire should now be translated into a "final" agreement. Saudi Arabia also supported the agreement.

The armistice provided for a cease-fire, which was largely observed. In addition, measures were envisaged to come to the aid of the population, such as the reopening of the airport in the capital Sana'a for commercial flights, the supply of fuel and the ending of the siege of some cities. Last week, Grundberg pointed to the "concrete positive effects" of the ceasefire for 30 million residents of the region, who were affected by fighting, displacement, hunger, disease, a lack of drinking water supplies and a decline in the economy. Grundberg announced that he would continue to negotiate with the parties to the conflict in order to enable a "permanent settlement of the conflict".

The Houthi rebels seized the capital, Sanaa, in 2014. Despite the intervention of a military coalition led by Saudi Arabia, they took control of large parts of the country, particularly in the northwest. More than four million people have been displaced by the conflict and more than 19 million people are at risk of starvation this year, said UN Secretary-General António Guterres spokesman Stéphane Dujarric.

According to the UN, around 380,000 people have been killed in Yemen since the beginning of the conflict, most of them as a direct result of the fighting. The UN classifies the war and its consequences in Yemen as the world's worst humanitarian crisis. 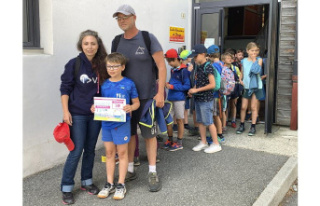 Chorges. Diabetes: "We make his life look the...