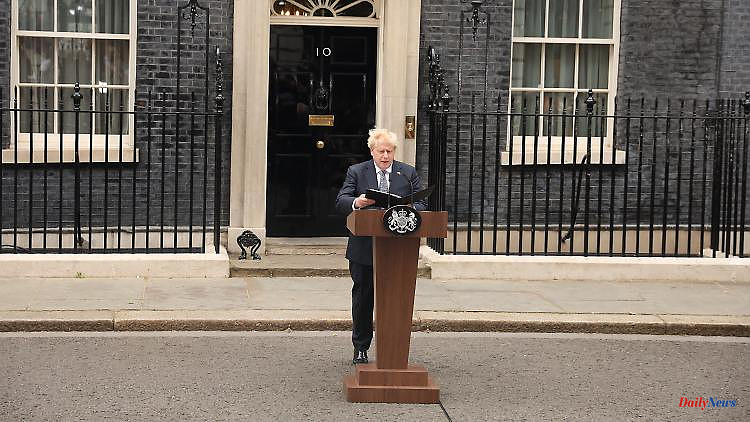 Britain's Prime Minister Boris Johnson steps in front of the cameras following media reports of his impending resignation as Tory leader. He is sad to have to give up the best job in the world - but wants to support his successor in the best possible way.

British Prime Minister Boris Johnson resigns as leader of his Conservative Party. It is the will of the Conservative Party that there is a new leader and a new prime minister, Johnson said in a statement to reporters in London. He was sad that he had to give up the best job in the world. Before and after his speech, 10 boos could be heard from bystanders in Downing Street.

Johnson said he wanted to continue as head of government until a successor was elected - and to support him as best he could. "No one is irreplaceable," Johnson said. He himself was elected to office by his party almost three years ago. Shortly before his resignation, Johnson appointed new ministers. However, numerous party friends are calling for the 58-year-old to step down as head of government immediately. The opposition is demanding a new election.

Johnson has come under massive pressure in recent days. Several cabinet members and dozens of parliamentary government officials resigned from their posts. Most recently, Finance Minister Nadhim Zahawi, who was appointed to office on Tuesday, even called on him to resign. Like Secretary of State Liz Truss and Secretary of Commerce Penny Mardaunt, Zahawi is considered a possible successor.

Secretary of Defense Ben Wallace leads in polls. So far, only Attorney General Suella Braverman has officially announced her candidacy. Labor leader Keir Starmer welcomed Johnson's resignation. However, he demanded that a "fresh start" was now necessary. "We need a Labor government," Starmer said. "We are ready."

The most recent government crisis in Westminster was triggered by an affair involving Johnson's party colleague Chris Pincher, who is accused of sexual harassment. It was previously revealed that Johnson knew of previous, similar allegations against Pincher, but nonetheless hoisted him to an important faction office. His spokesman had previously denied this several times. 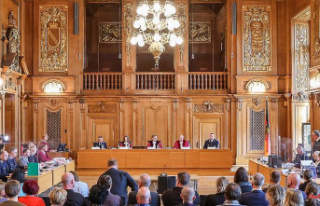