So far, Russian citizens can still go on vacation in the EU as normal. 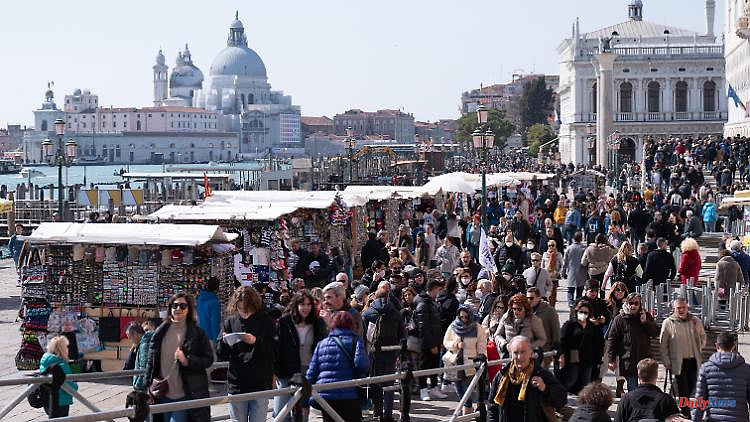 So far, Russian citizens can still go on vacation in the EU as normal. However, the Baltic States are preparing regulations to prevent this. Germany reacts cautiously, the Kremlin is outraged.

Olaf Scholz has said this sentence a hundred times, most recently during his visit to Norway: "It's not the war of the Russian people, it's Putin's war." In the Chancellor's view, any EU decisions should "not make it more complicated for them to seek freedom and leave the country to escape the dictatorship in Russia". In other words, the Chancellor rejects the idea that Russian citizens should no longer receive tourist visas for the Schengen area.

But as controversial as the term "Putin's war" and its distinction between the ruler and the Russian population is, the chancellor is causing a lot of resentment in some EU countries. Because during his visit to the far north, he met the advocates of such a visa ban. The Baltic states in particular have observed that Russian citizens are trying to circumvent EU sanctions by entering by land and then flying south from Latvia, said Estonian Foreign Minister Urmas Reinsalu. The EU sanctions prohibit the direct route. At the beginning of the war of aggression against Ukraine, the international community imposed a landing ban on Russian planes.

First and foremost, the Finnish Prime Minister Sanna Marin, together with her Northern European colleagues, is driving the debate about tourist visas. Unlike the German chancellor, they don't speak of "Putin's war." "Russian citizens did not start the war, but at the same time we have to be clear that they support the war," Marin Scholz contradicted. Estonian Foreign Minister Urmas Reinsalu also vented his displeasure a few weeks ago when the chancellor spoke of "Putin's war" at his summer press conference. "I do not agree with an approach where we take the so-called ordinary Russian citizens and distinguish them from Putin. The war is being waged by the Russian Federation as a state. And undoubtedly, by their passivity, Russian citizens bear moral responsibility for it," said he.

With this perspective, Reinsalu wants to convince the doubters among the EU states of a general ban on tourist visas. In his view, it is "completely morally unacceptable" that "we let hundreds of thousands of Russian citizens travel on tourist trips while in Ukraine children are being blown to pieces with rockets that are literally being paid for with these Russian citizens' taxpayers' money," he said.

That is why the first EU countries have already pushed ahead. Latvia has now almost completely suspended the issuing of visas, and a regulation that still contains many exceptions will come into force in Estonia on Thursday. After a long debate, Finland is reducing the number of tourist visas. In the future, his country will reduce the allocation to ten percent of the previous level, said Foreign Minister Pekka Haavisto. Poland, the Czech Republic and Slovakia support EU-wide concepts designed to prevent Russian citizens from getting visas for the Schengen area. According to reports, the topic will also be on the agenda at the informal meeting of EU foreign ministers at the end of August.

The Foreign Office in Berlin has also argued against this so far. The aim of the partial suspension of visas for certain groups of people as part of the general sanctions was "to hit the Russian political elite responsible for the Russian war of aggression against Ukraine," the "Frankfurter Allgemeine Zeitung" said. However, a complete suspension of visas for Russian citizens would not affect Russian tourists, but also people from civil society such as schoolchildren, students or close relatives of EU citizens. "Contact with civil society, especially the part that is open to the EU and critical of Russia's war of aggression against Ukraine, remains important," it said.

However, the question remains whether it is really the Russians who are critical of the Kremlin and who are currently strolling through the European tourist hotspots and occasionally stocking up on EU goods there. Critics of the initiative argue that the constant propaganda gives most Russians a distorted picture of reality. "You have to understand that only 10 percent of the Russian population travels abroad, and it is precisely these people, who come mainly from Moscow and St. Petersburg, whose opinion counts," said Estonian Prime Minister Kaja Kallas.

In her opinion, the reactions from Moscow also showed that the visa ban could be a very effective sanctions mechanism. Former Russian President Dmitry Medvedev personally attacked Kallas after her proposal. "It shows that this is the Achilles' heel. It's something they're really scared of, so it's effective."

Ukrainian President Volodymyr Zelenskyy is calling for an entry ban for Russians in all Western countries. "No matter what kind of Russians, they should go to Russia," he told the Washington Post. Russians would deny that the entire Russian population could be blamed for the war against Ukraine, he said - adding: "Yes they can! This population chose this government and they don't fight them, don't argue with them, shout don't look at her." An entry ban is the only way to influence Putin.

A few days later, his Foreign Minister Dmytro Kuleba backtracked slightly on Twitter. No one is proposing a ban for the few Russians who need asylum or humanitarian travel, he wrote. "Russians who are upset about the prospect of being banned from traveling to the EU as tourists can take their grievances directly to the Kremlin and the 70 percent of Russians who support the war." 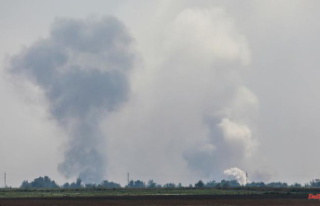