Nord Stream 1 maintenance: It doesn't depend on the Canada turbine

It happens every year, but never before has there been so much attention: the Nord Stream 1 Baltic Sea pipeline has been under maintenance from Monday until July 21. 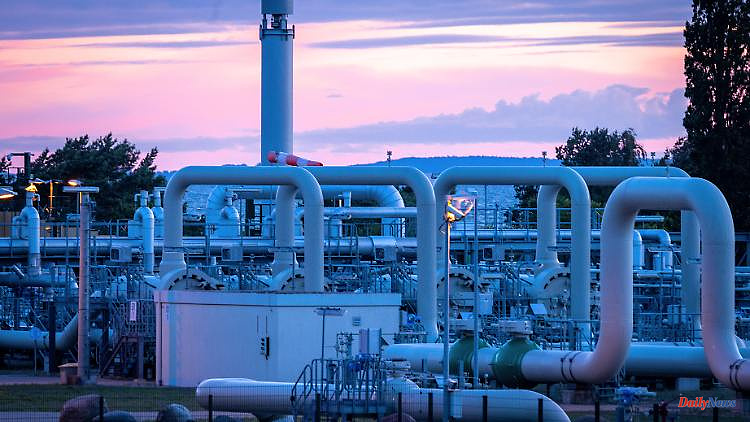 It happens every year, but never before has there been so much attention: the Nord Stream 1 Baltic Sea pipeline has been under maintenance from Monday until July 21. According to Nord Stream AG, the mechanical components and automation systems will be tested during the work. This means that no more Russian gas flows through the pipeline. Should the gas tap remain closed afterwards, this could have unpleasant consequences for Germany.

Whether it really comes to that is in Russian hands. Economics Minister Robert Habeck said on Monday on ARD that he had no secret information either: "Neither in one direction nor in the other." There is a possibility that Russia will no longer supply gas even after the maintenance work. "There's also a chance that it won't happen that way. We'll have to wait and see," said the Greens politician. It is also about a gas turbine that got stuck in Canada for a few weeks.

It's about the maintenance of a Baltic Sea pipeline, what does Canada have to do with it?

For Russia, its raw materials are also a weapon. The maintenance of Nord Stream 1 must also be seen in this context. As early as mid-June, the state-owned company Gazprom used the lack of a gas turbine as an excuse to sharply reduce deliveries through the Baltic Sea pipeline. A few weeks ago, the amount of gas transported through the Portovaya compressor station near St. Petersburg was gradually reduced - from 167 to 67 million cubic meters of gas per day. Now the Gazprom site is routinely maintained.

At that time, the state-owned company Gazprom announced on Twitter that Siemens had not managed to deliver the repaired gas turbine on time. At the time, Siemens Energy referred to Canada's Russia sanctions to Business Insider. Because the gas turbine was repaired in Montréal and therefore could not leave the country. The component is what is known as an aeroderivative gas turbine: a turbine that was originally designed as a jet engine but was converted for use as a prime mover.

How did the turbine get to Russia after all?

At the request of the federal government, Canada then gave the green light at the weekend: the turbine was allowed to leave the country just in time for the start of the Nord Stream maintenance work. There will be "a time-limited and revocable permit" to Siemens Canada, said Jonathan Wilkinson, Minister responsible for natural resources. The aim is to ensure that Europe has "access to reliable and affordable energy" while slowly moving away from Russian oil and gas. Wilkinson justified the rethinking by saying that Putin was trying to divide the Allies against Russia's war of aggression. "We can't allow that," Wilkinson said.

Canada has come up with a trick for this. The turbine will not be delivered directly to Russia, but to Germany. Siemens Energy, which is commissioned to bring the turbine to Russia, will then take over there. "It is not the task of the federal government to send the turbine to Russia and monitor it, but that is the task of the company," said a spokeswoman for the Ministry of Economic Affairs. Siemens Energy said on Saturday that the company's experts are currently working flat out on all other formal approvals and logistics.

According to the Federal Government: No. "The EU sanctions do not affect gas transit," said deputy government spokeswoman Christiane Hoffmann on Monday. "We have always said that for us a decisive criterion for the sanctions is that they do not harm the EU or Germany more than Russia." The dispute about the turbine should be classified in this context. In fact, EU sanctions also allow exports to Russia as long as they are related to fossil fuels.

From the point of view of experts and Ukraine, the arguments of the federal government are too short. "Politically, that seems to me to be another kneeling before Putin," said economist Rüdiger Bachmann in an interview with ntv.de. "Ultimately, it is an undermining of one's own sanctions, even if the path that has now been found may be legally correct." This is another reason why Canada hesitated for so long. And that's what the criticism from Ukraine is aimed at.

What is Ukraine saying?

The outrage is great. On Tuesday morning, Ukrainian President Volodymyr Zelensky summoned the Canadian ambassador to Kyiv. The Canadian decision is an "unacceptable exception to the sanctions regime against Russia," Zelenskyy wrote on Telegram. This process is seen in Moscow as a sign of weakness.

He added in a video message. "If a terrorist state can enforce such an exception to sanctions, what exceptions does it want tomorrow or the day after? This question is very dangerous," Zelensky said. "And dangerous not only for Ukraine, but also for all countries of the democratic world."

The Ukrainian Foreign Ministry also criticized the German-Canadian agreement. "This dangerous precedent violates international solidarity, violates the principle of the rule of law and will do only one thing: it will strengthen Moscow's sense of impunity," it wrote in a statement on Sunday.

If the turbine arrives in Russia on time, will more gas flow through Nord Stream 1 again from July 22?

Only Russia can answer this question. Economics Minister Habeck sees the cause of the repaired gas turbine as just a pretext. He believes it is a narrative from Putin and Gazprom that the component is needed so that Nord Stream 1 can run at full speed again. Because Germany has now procured the turbine, an attempt has been made to deprive Russia of this advanced reason, Habeck explained on Deutschlandfunk.

Because as early as mid-June, experts had doubts about the Gazprom statement when deliveries were throttled for the first time because of the missing component. At that time, the Federal Network Agency called the throttling "not technically justifiable". Agency boss Klaus Müller explained on Twitter at the time that Russia was trying to drive up gas prices. A similar scenario is also likely now, with Russia wanting to artificially increase prices due to the shortage.

The Ukrainian government also provides arguments for this. The Nord Stream compressor station Portovaya is equipped with several turbines, Gazprom also wrote in mid-June. There are also backup turbines. Gazprom's decision to cut supplies was therefore arbitrary, the Ukrainian Foreign Ministry wrote. In addition, if Russia is interested, it could supply gas through the pipelines of Ukraine or Poland.

1 Is it possible to be more productive by using the... 2 Rob Gronkowski said he would stay retired, even if... 3 Don't limit hot water: Large majority against... 4 "Jill is a F****": "Laptop from Hell"... 5 Hit while riding a motorcycle: US kills IS leader... 6 Afghans "killed in cold blood"?: British... 7 French Fecamp's 'precious Blood' Relics... 8 Boris Johnson's successor is expected to be announced... 9 Ukrainian experts on the war: "50 multiple rocket... 10 BGH: No bribery: CSU politicians are allowed to keep... 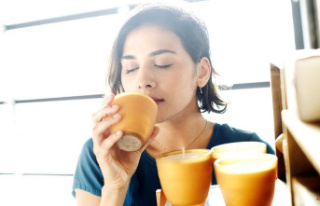 Is it possible to be more productive by using the...