Not all companies need it: Ampel criticizes itself for unsuitable gas allocation

The gas surcharge has been criticized from many sides. 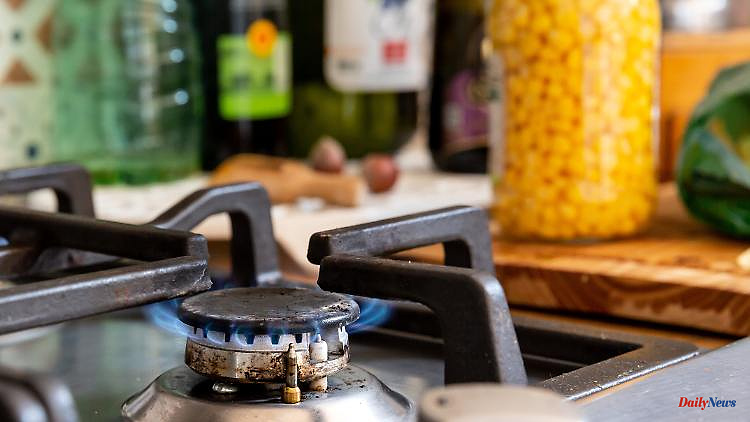 The gas surcharge has been criticized from many sides. There is also displeasure within the traffic light coalition: companies that are not doing badly economically have also benefited. It must be improved. Union parliamentary group Vice Spahn wants to abolish the “chaos surcharge” entirely.

The planned gas levy causes resentment in the traffic light coalition. The energy policy spokesman for the FDP parliamentary group, Michael Kruse, called for stricter requirements for companies that want to benefit from the levy. "It should only support companies that are in a market-threatening imbalance," he told the "Rheinische Post". "Minister Habeck would be well advised to sharpen up at this point and adjust the basis for the levy."

SPD leader Saskia Esken also sees Federal Economics Minister Robert Habeck as having a duty. He must "ensure that services from the gas levy do justice to the overall economic situation of the corporations," she told the newspaper. The surcharge is intended to fairly distribute the burden of the higher cost of gas procurement. "Corporations that earn more than good money in other sectors can and must help themselves," warned Esken.

Clear criticism came from the Green Youth. "The gas levy was the wrong way from the start," said federal spokeswoman Sarah Lee-Heinrich to "Spiegel". "It is unacceptable that society should now bear the losses while many companies have made excess profits during this crisis. You can't explain that at all to people who don't know how to get through the winter." The government must "focus on the well-being of the people and not the right to profits".

Even the opposition does not leave a good hair on the levy. The deputy head of the CDU/CSU parliamentary group, Jens Spahn, rejects the federal government's planned gas levy. "This gas levy has completely developed into a chaos levy," said Spahn in "ntv Frühstart". First the price of gas will be increased, then the value-added tax on gas will be lowered, the companies benefit from this surcharge, in some cases with billions in profits, which the Minister of Economics wants to skim off again with an excess profit tax. "It took a wrong turn at every point," Spahn continued. "It's poorly crafted and a bottom-up redistribution."

Gas customers are to pay the gas surcharge of a good 2.4 cents per kilowatt hour from October. The money is intended to relieve companies that have to buy expensive gas elsewhere because of the reduced deliveries from Russia in order to fulfill their contracts - the companies are to be reimbursed 90 percent of the resulting additional costs from October. This should prevent company bankruptcies and ultimately delivery failures.

Twelve companies have registered a claim to money from the levy; At the same time, RWE announced that it would not make a payment for the time being. The claims total around 34 billion euros - a large part of which is attributable to the ailing gas importers Uniper and Sefe (formerly Gazprom Germania). However, there are also companies on the list that are not currently in economic difficulties.

1 Five years after the flight: Myanmar refugees have... 2 Twice as much electricity from wind: where should... 3 First too expensive, then also rejection: Manchester... 4 Four cases despite the "end of the epidemic":... 5 Debate about Karl May books: "Winnetou never... 6 Objection now allowed: Harvey Weinstein wants to "prove... 7 Naturally cloudy in the Öko-Test: Three apple juices... 8 Hesse: lottery players from northern Hesse win over... 9 North Rhine-Westphalia: fire with damage in the millions... 10 Baden-Württemberg: Uzin Utz increases sales in the... 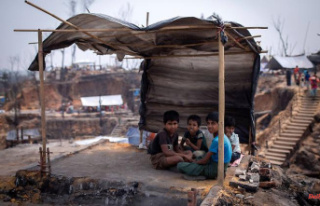 Five years after the flight: Myanmar refugees have...