"Not covered by international law": Berlin and Washington condemn "sham referendums" in Ukraine

In the Ukrainian regions of Luhansk, Donetsk, Cherson and Zaporizhia there are to be referendums on union with Russia. 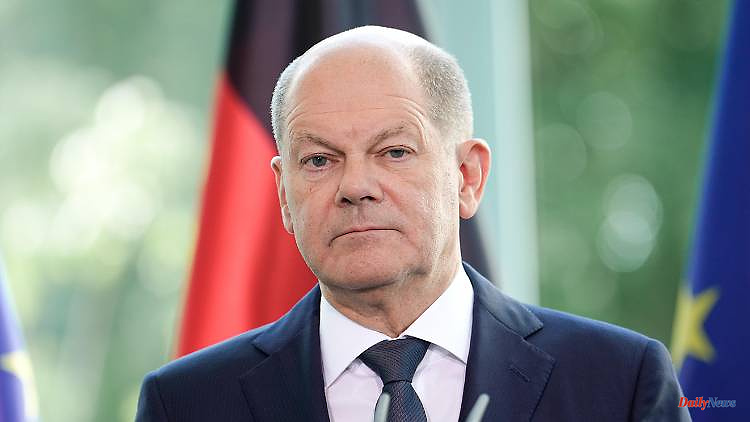 In the Ukrainian regions of Luhansk, Donetsk, Cherson and Zaporizhia there are to be referendums on union with Russia. Chancellor Olaf Scholz condemned this as unacceptable. The USA and NATO are also showing a clear stance.

Chancellor Olaf Scholz has dismissed the referendums announced in four Ukrainian regions on annexation by Russia as unacceptable. It was "very clear that these sham referendums cannot be accepted," said the SPD politician on the fringes of the UN general debate in New York. They are not covered "by international law and by the understandings that the international community has found".

Scholz spoke of an "attempt at imperialist aggression" that should be "dressed up" by the votes. "Russia must withdraw its troops," demanded the Chancellor. "Ukraine has every right to defend the integrity and sovereignty of its own country and its own democracy. We support Ukraine in this."

In view of the Ukrainian counter-offensive, the occupation authorities in the Ukrainian regions of Luhansk, Donetsk, Cherson and Zaporizhia had announced referendums on union with Russia, which are due to begin on Friday. Ukraine then declared that this "threat" could only be averted by force. This threatens a severe escalation of the war in Ukraine.

The annexation of Ukraine's territories to Russia would give Moscow justification for further military action - the Kremlin could then say it was defending its own territory against Ukrainian forces. In 2014, Russia had already annexed the Ukrainian peninsula of Crimea. This was preceded by a sham referendum criticized by Kyiv and the West.

The US also sharply condemned the announced referendums in Ukraine. "We will never recognize this area as anything other than part of Ukraine. We unequivocally reject Russia's actions," US President Joe Biden's National Security Advisor Jake Sullivan said in Washington. The referendums are an affront to the principles of sovereignty and territorial integrity on which the international system is based.

"We know that these referendums are being rigged. We know that Russia will use these sham referenda as a basis for the alleged annexation of these territories either now or in the future. I want to make it clear that the United States, should this actually happen - and of course it is it is a pending matter - will never recognize Russia's claims to supposedly annexed parts of Ukraine."

NATO Secretary General Jens Stoltenberg made a clear statement on the planned votes on Twitter. "Sham referendums have no legitimacy and do not change the nature of Russia's war of aggression against Ukraine."

Criticism also came from French President Emmanuel Macron. He called the announcement of referendums in four Ukrainian regions on annexation by Russia a "parody". It is "another provocation" by Moscow, "which has no effect on our position," Maron said on the sidelines of the UN General Assembly in New York. He will talk to Russian President Vladimir Putin about it "in the coming days".

1 North Rhine-Westphalia: Injured on the shoulder: Gladbach... 2 Hub Serbia?: Influx of refugees via the Balkans worries... 3 Controversial Russia speech: Application for Wagenknecht's... 4 Annexation plans as a turning point: Estonia wants... 5 The mourning period is not over: this is how the royals... 6 Alexa, Siri and more: majority of users prefer female... 7 Berlin out of the top 10: These are the smartest cities... 8 After the death of a young woman: three dead in protests... 9 The day of the war at a glance: Kremlin pushes referendums... 10 "Grant approval immediately": Union calls... 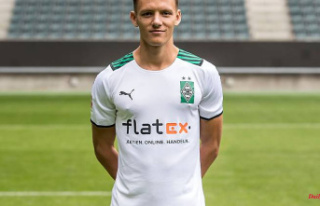