Not peace, but occupation: Nobel Prize winner warns against capitulation

Several human rights activists have been awarded the Nobel Peace Prize for their work in Belarus, Russia and Ukraine. 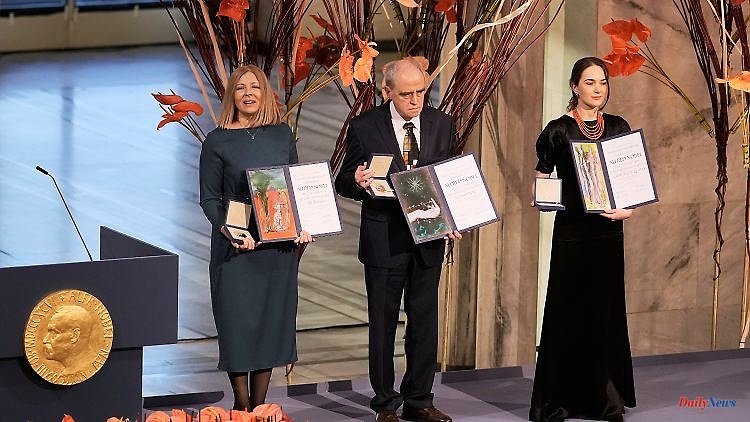 Several human rights activists have been awarded the Nobel Peace Prize for their work in Belarus, Russia and Ukraine. At the ceremony in Oslo, the Ukrainian laureate warned urgently: When an attacked country lays down its arms, it's "not peace, it's occupation."

When receiving the Nobel Peace Prize for his organization, the chairman of Memorial International, Jan Ratschinski, condemned the Russian military offensive in Ukraine as a "crazy and criminal war of aggression". Under the presidency of Vladimir Putin, resistance to Russia is branded as fascism and this serves as "ideological justification" for the war against the neighboring country, Ratschinsky said at the award ceremony in the Norwegian capital Oslo. In addition to the organization Memorial, which has since been banned in Russia, this year's Nobel Peace Prize went to the imprisoned Belarusian human rights activist Ales Byalyatski and the Ukrainian Center for Civil Liberties.

Russian Ratschinsky said the award was of great symbolic importance for Memorial. "It underscores that state borders cannot and should not separate civil society." With a view to the Russian invasion of Ukraine, he also asked whether Memorial really deserved the award. His organization has tried a lot and achieved more than a little. "But did our work prevent the February 24 disaster?" During his speech, the Norwegian Crown Princess Mette-Marit was close to tears.

The head of Ukraine's Center for Civil Liberties, Oleksandra Matviychuk, accepted the award, saying her country could not hope for peace if it "lay down its arms". "More than anyone else in the world, the Ukrainian people want peace," said the Ukrainian human rights lawyer. But peace cannot be achieved by an attacked country laying down its arms. "That would not be peace, but an occupation." In the past nine months, there have been numerous human rights violations in the Russian-occupied areas of Ukraine - from arbitrary killings to torture and looting.

Russia and its President Vladimir Putin want to turn Ukraine into a "dependent dictatorship" like Belarus, according to Natallia Pinchuk, the wife of the imprisoned Belarusian laureate Ales Byalyatsky. As Pinchuk said, her husband dedicated the award to millions of Belarusian citizens who stood up and defended their civil rights on the streets and online. "It underscores the dramatic situation and the fight for human rights in the country," says Pintschuk. She quotes her husband as saying: "I know exactly what kind of Ukraine would suit Russia and Putin - a dependent dictatorship. Just like Belarus today, where the voice of the oppressed people is ignored and disregarded."

Belarus and Russia are formally part of a union state and are closely allied economically and militarily. Belarusian President Alexander Lukashenko's dependence on the Russian leadership deepened after the latter helped him quell protests following the disputed 2020 election.

The winners were honored for their many years of work in criticizing those in power and defending essential civil rights. They went to great lengths to document war crimes, human rights abuses and abuses of power, the jury said. "Together they demonstrate the importance of civil society for peace and democracy."

The awards go back to the inventor of dynamite, Alfred Nobel. They will be presented on the day of his death, December 10th - the Nobel Peace Prize in Oslo, all others in Stockholm. This year, the award is endowed with ten million Swedish crowns, around 920,000 euros. 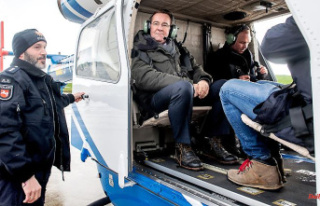 After the "Reichsbürger" raid: Pistorius...