"Not transferable": Habeck does not want to tax the gas levy as well

The gas prices for end customers will increase by 1. 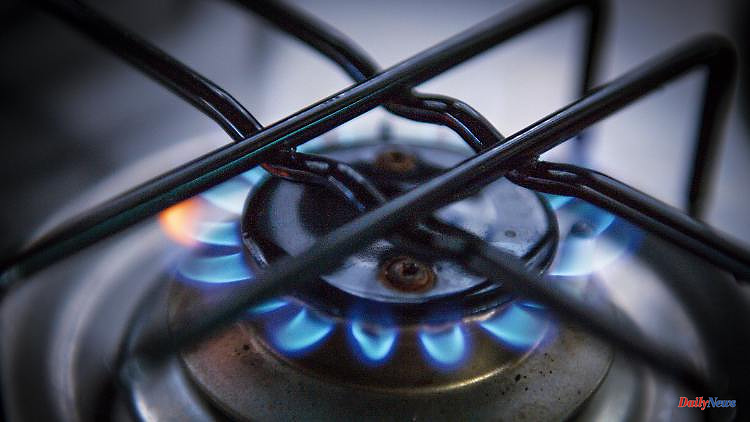 The gas prices for end customers will increase by 1.5 to 5 cents per kilowatt hour as a result of the levy that has just been decided to support gas importers. The Union would find it "cynical" if the state were to make a profit from it through VAT. Economics Minister Habeck wants to stop that now.

According to the Federal Ministry of Economics and Technology, no VAT should be levied on the gas levy that has been decided. "It's not communicable," said circles in the house led by Robert Habeck. But here the responsibility lies with the FDP-led Ministry of Finance. This must examine how that could work.

The deputy head of the Union faction, Jens Spahn, criticized the levy. It has "significant technical errors" and is not fair, he said. People on low incomes have been waiting for real relief for months. That doesn't go together. "It's almost cynical that the state still earns money from the special levy through VAT." Citizens pay up to 100 euros more than is necessary. The second planned levy, the storage levy, would mean additional burdens for consumers. If the traffic light does not improve quickly here, the Union faction in the Bundestag will apply for the repeal of the regulation on the gas surcharge, said the CDU politician.

Criticism of the surcharge also comes from industry. VDA President Hildegard Müller admitted: "The gas levy regulations that have been passed are a necessary evil in order to maintain Germany's energy supply." But: For a fair distribution of the burden, the federal government should have made the energy industry more responsible. Instead, companies and private consumers should be burdened beyond measure. The head of the Association of the Automotive Industry called for further relief for the industry, such as a reduction in electricity tax. In addition, there is a need for a hardship clause in order to rule out burdens that could endanger the existence of the company.

The energy associations BDEW and VKU called on the federal government to make improvements. In a letter to Habeck, they warned that the price adjustment could not be enforced against customers with contracts without the possibility of adjustment until October 1st. This affects an average of around 25 percent of household customers. In the case of fixed-price contracts, there is a risk of total failure if the allocation cannot be contractually passed on. "This creates significant liquidity problems for the energy suppliers, which can also lead to insolvency due to the already tense financial situation."

The ordinance is expected to come into force in mid-August. It is unclear how high the levy is and when exactly it will reach consumers. The amount of the surcharge is to be determined for the first time by August 15, 2022. According to the draft ordinance, it depends largely on the volume and price of the gas to be procured as a replacement and on demand. Habeck had mentioned a range of 1.5 to 5 cents per kilowatt hour.

1 After the accusation of being too close: Lindner and... 2 First birthday as a mother: Helene Fischer is in the... 3 Do-it-yourselfers excavate: when is it worth renting... 4 "No green men": Astronaut Maurer believes... 5 Used car check: BMW 2er Active Tourer - brisk family... 6 North Rhine-Westphalia: Incidence in NRW with 436.3... 7 Bavaria: worker reaches into the feeding machine:... 8 Saxony-Anhalt: moped driver died in an accident near... 9 Mecklenburg-Western Pomerania: Accident after a right-of-way... 10 Hesse: 500 to 600 hay bales are on fire on the A66... 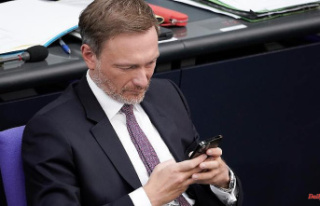 After the accusation of being too close: Lindner and...