Nothing comes from nothing: Partial mobilization could become a non-starter

The partial mobilization announced by the Kremlin is intended to provide 300,000 additional soldiers for the war of aggression against Ukraine. 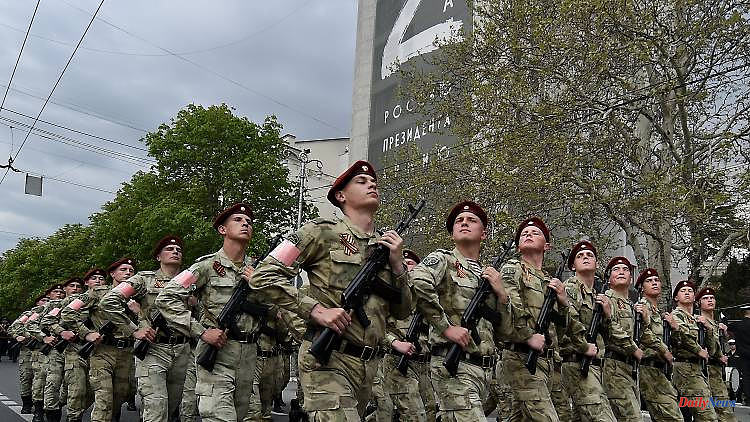 The partial mobilization announced by the Kremlin is intended to provide 300,000 additional soldiers for the war of aggression against Ukraine. Experts are skeptical as to whether Russia is capable of doing this, and there are many indications that the action could become a dangerous non-starter for Putin.

Instead of declaring a general mobilization, Putin orders only a partial mobilization. Nevertheless, the move is intended to provide up to 300,000 additional soldiers for the war of aggression against Ukraine in order to ward off an impending defeat. At first glance, the number seems threateningly high, but it is hardly realistic.

Experts are skeptical that the military is even remotely capable of outfitting that many men and preparing them for front-line deployments. They suspect that the shot could literally backfire for Putin. Because the Russians are actually not ready for a "real war" - especially not if it goes badly.

The Russian army was actually a partially mobilized force even before the invasion, Michael Kofman and Rob Lee explain in an article for "War on the Rocks". After the end of the Soviet Union, the Russian armed forces were slimmed down in several stages in order to become an army that still had conscripts but was mainly based on contract soldiers. Similar to the West, it was no longer designed for a major confrontation, but for the quick resolution of conflicts.

In 2013, the armed forces were increased again to be capable of a larger-scale war. According to Kofman and Lee, the partially mobilized structure was basically retained. Since a higher readiness for short-term operational capability was required in terms of equipment and personnel, the approximately 250,000 conscripts would not have fitted into the concept.

As a result, the Russian army consisted of undermanned units. "The hardware was there, but the people weren't," the two authors write. The Russian military is good for short, high-intensity campaigns with a heavy use of artillery, but bad for a sustained occupation or a war of attrition, as is currently the case in Ukraine.

"The Russian military does not have the numbers available to easily adjust or rotate forces when a significant amount of combat power is committed in a war," Kofman and Lee write. It was assumed "that in the event of a crisis with NATO, the political leadership would authorize the mobilization in order to increase the manning and use more personnel formations."

In order to get by with the existing contract soldiers, all battalions sent to Ukraine were also undermanned, write Kofman and Lee. Without auxiliaries and other supporting elements, the total size of the invading army was originally only around 80,000 men.

According to "The Wall Street Journal", the Pentagon estimated Russian losses at the beginning of August at around 80,000 dead and wounded, and the Ukrainian Ministry of Defense currently counts around 55,000 dead Russian soldiers. Even if it should be "only" 30,000 or 40,000, there is a huge gap in personnel.

At the end of August, Ukrainian President Selenskyj estimated the length of the currently contested front line to be 1,300 kilometers. Without an increase, they cannot adequately secure Putin's troops. What that means can be seen in the successful Ukrainian advance in the Kharkiv region in the north-east and further Russian defeats in recent weeks. Among other things, observers see the thinned and isolated Russian troops in the south in and around Cherson on the verge of collapse.

Putin probably did not want to risk a general mobilization so as not to alienate the population. Because their enthusiasm for the "military operation" seems to be limited. Ukraine correspondent Nataliya Wassiljewa wrote on Twitter about a pact that the president had already broken with the partial mobilization: "You can carry on as normal while we take care of the international stage."

By refraining from general mobilization by the Kremlin, at least no young conscripts are drafted, which would have been more or less a breach of a taboo. Shoigu assured on Russian television that they would not be mobilized and would not be sent to the "special military operation zone." But the contracts of the contract soldiers, who can normally go home after three to six months, are being extended indefinitely. In addition, reservists are drafted who, according to Shoigu, have served and have special military knowledge and combat experience.

How worried many Russians are about having to fight (again) themselves can be seen from the fact that, according to Ukrajinska Pravda, all direct flights to Istanbul, Yerevan and Tbilisi for the near future were sold out shortly after Putin's speech. BBC correspondent Will Vernon was apparently correct in assuming that following news of the partial mobilization, "many Russians, particularly young professionals, will consider leaving the country as soon as possible."

The mood of part of the population can also be guessed at from comments on Internet forums, the Berlin Eastern Europe expert Sergey Sumlenny tweeted some of them: "I feel desperate, my son has just been released. What happens to him now? He is everything I have." "I'm crying. We could have escaped Russia earlier this year, but I objected. My husband can now be mobilized. Why?!" "I'm crying, my hands are shaking. Nobody believed that. What to do?!"

It remains to be seen whether calls for protests, such as those by the anti-war movement "Vesna", will bring masses to the streets of Russia. The historian and military expert Trent Telenko reckons that Putin's chair is already shaking and that in the event of a – probable – defeat in Ukraine, Russia could plunge into civil war.

In this respect, Putin would probably even have been ready for a general mobilization in order to prevent the worst for him. However, it would probably not have been as successful as the current partial solution. Because, as a number of experts point out, the Russian army was not even able to supply its relatively small invading army in a logistically reasonable way. How is that supposed to succeed with even more soldiers and lost supply lines and destroyed military equipment?

Besides, Russia would not be able to train inexperienced men for war. There are neither schools nor trainers who would be able to do this, writes the Tartar historian and journalist Kamil Galeyev on Twitter. Many officers who could train them are in Ukraine, and many are already dead. According to unofficial sources, around 12,000 Russian officers have been killed in Ukraine since February 24. According to Galeyev, there are no longer any cadre units from which new officers could emerge.

If Russia is able to mobilize significant numbers of new soldiers, they will be sent into battle ill-equipped: Putin's army may still have a wealth of old military material, but this has proved utterly inferior to Ukraine's Western weapons . But "new soldiers who are now being called up do not mean that modern equipment is automatically available," said military expert Thomas Wiegold ntv.

Kamil Galeyev also sees a logistical problem that could further weaken Putin's position. Since Russia is extremely centralized and practically all transport routes pass through Moscow, many of the newly mobilized troops would inevitably get through there, he writes. Since the young men are aware that there is a good chance they will be killed or maimed, they are demoralized, which the population will notice. A similar situation contributed to the fall of the Tsarist Empire in 1917.

The historian Timothy Snyder also sees Putin's time running out. Putin's speech shows that Russia is losing, he tweeted. He never wanted to order a mobilization but called it out of fear of his fascist rivals, whom he feared more than the people.

Many experts doubt whether Russia will be able to send enough new troops to the front quickly enough to decisively slow down the Ukrainians. "Even if the Kremlin pulls out all the stops it can and calls for a general mobilization to retrieve sufficient armored equipment and trained personnel, this process would still take some time," Dara Massicot wrote in Foreign Affaires. The Russian Armed Forces are therefore likely to face very significant resource constraints over the next year or two."

The article dates from mid-August, before the successful counter-offensive by the Ukrainians in the north-east. Now the situation of the invaders is even more dramatic, and Russia's defeat is more likely. The partial mobilization will probably change little. On the contrary, it could even weaken Putin in the medium term if he is unsuccessful and ethnic minorities or mercenaries in Ukraine stop dying for him.

1 "Too one-sided": Doris Schröder-Köpf defends... 2 70 concerts planned: Helene Fischer announces a big... 3 Look, Sebastian!: Emily Ratajkowski shows off her... 4 Mecklenburg-Western Pomerania: No route extension... 5 Hesse: Corona: Minister does not expect any serious... 6 The day of the war at a glance: Putin orders partial... 7 Protests against partial mobilization: More than 1000... 8 Dow Jones closes in the red: Fed spoils the mood for... 9 Baden-Württemberg: motorcyclist seriously injured... 10 How to Have a Good Credit Score, The Importance of... 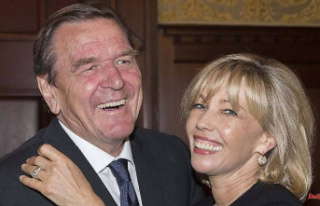