The Bavarian nuclear power plant Isar 2 could remain connected to the grid longer to create a small buffer in the energy crisis. 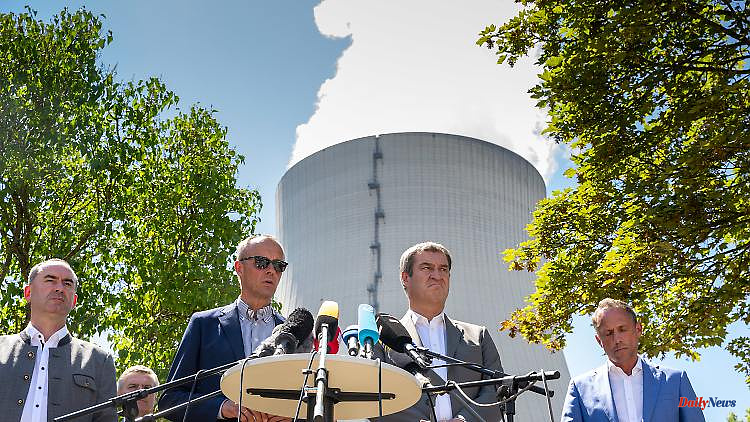 The Bavarian nuclear power plant Isar 2 could remain connected to the grid longer to create a small buffer in the energy crisis. Technically no problem, explains TÜV Süd. The Federal Environment Ministry criticizes both the methodology and the judgment of the testing organization.

The energy crisis and the question of the continued operation of the remaining German nuclear power plants have triggered considerable upheaval in politics. The federal government and Bavaria are now arguing about a detail: the assessment of a TÜV analysis of the operation of two nuclear reactors in Bavaria. The Federal Ministry for the Environment has harshly criticized the methodology of the paper and states that this is "not an expert opinion". A spokesman for the Bavarian Ministry of the Environment rejected the allegations and described TÜV Süd as one of "the most renowned experts with the most knowledge of nuclear power issues".

The Technical Monitoring Association (TÜV) Süd had written in its paper from April - entitled "Assessment", not as an expert opinion - that it had no safety-related concerns about the continued operation of Isar 2 beyond the end of the year. A restart of Block C in Gundremmingen, Bavaria is also "possible from a technical point of view".

The statement does not meet "basic requirements for reports and serious expert statements and should therefore not be used for state decision-making," writes the Federal Ministry. The paper does not meet the nuclear law requirements.

The head of the ministry's department for nuclear safety and radiation protection, Gerrit Niehaus, complained in the note that the TÜV authors drew too far-reaching conclusions and failed to provide evidence for certain statements. At one point there is talk of "speculation". Another says that the standard of an assessment is not named or "disguised".

The TÜV was not commissioned to "issue a comprehensive safety assessment", but nevertheless came to the conclusion: "From a safety point of view, there are therefore no concerns about further operation." The Federal Environment Ministry regards this as inadmissible.

The spokesman for the Bavarian ministry, on the other hand, said: "When evaluating central and crucial issues, the best possible expertise should be used." That's why the ministry commissioned "both a safety-related and a legal report". Security concerns would therefore "not stand in the way of a temporary extension of the term".

The chairman of the Bavarian Nature Conservation Union considers the continued operation of nuclear power plants in Bavaria to be an "incalculable risk". "We have 600 nuclear power plants worldwide, six of them are damaged - Harrisburg, Chernobyl and four blocks in Fukushima," Richard Mergner told the "Nürnberger Nachrichten". "We also don't have a repository. It's like getting on a plane and we don't have a runway."

The head of the Federal Office for the Safety of Nuclear Waste Management (Base), Wolfram König, called for "a new risk assessment" of nuclear energy, "also and especially against the background of the war in Ukraine," as he told the specialist publication "Tagesspiegel Background". The Zaporizhia nuclear power plant, which was captured by Russia, had previously been fired upon again, which is why the International Atomic Energy Agency (IAEA) is concerned. The warring parties blame each other.

Industry President Siegfried Russwurm meanwhile called for precautions to be taken to ensure that the operation of German nuclear power plants could be extended beyond the end of the year. "Politics and business should prepare everything for a possible temporary continued operation. And if we don't need it then, we'll be happy," said the head of the Federation of German Industries dpa.

With a view to the discussed stretching operation, i.e. the extended use of the current fuel, the BDI boss warned: "Time is running out." While awaiting the results of the ongoing stress test, nuclear fuel rods would continue to be consumed. "Then the issue of stretching will take care of itself shortly."

For the head of the energy company Eon, which operates Isar 2, continued use is "done for now". This was discussed again in March with the government, which decided against it, Leonhard Birnbaum told the "Frankfurter Allgemeine Sonntagszeitung". The results of the current stress test in the electricity market are now to be awaited. Politics must decide. If they come to a reassessment on this basis, "we would try very seriously to enable the nuclear power plant to continue operating".

On the question of whether Eon nuclear reactors that have already gone offline could be put back into operation, Birnbaum said: "The operating licenses for these plants have expired, and that cannot be cured with the stroke of a pen. You can't just somehow restore them beam over." That's not a relevant discussion.

1 Uncertainty on the stock exchanges: Which tech stocks... 2 "Exception only applies to 2023": Özdemir... 3 Living at the subsistence level: "I can only... 4 Paderborn can only score: HSV trembles unnecessarily,... 5 After a long legal battle: terminally ill Archie is... 6 Drama in the Seine: beluga whale refuses food 7 Sexual disorder vaginismus: "Most women are completely... 8 Alternative to the 9-euro ticket: e-scooters are cheaper... 9 Bavaria: Actor Sebastian Bezzel is critical of capitalism 10 Baden-Württemberg: Glatzel annoys ex-club Heidenheim... 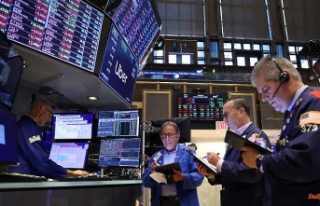 Uncertainty on the stock exchanges: Which tech stocks...