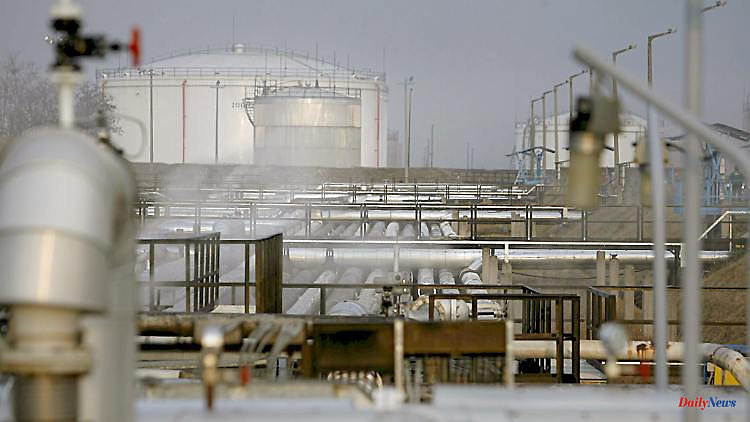 After lengthy discussions, the EU countries agree to purchase less Russian oil. Will this impress Putin? The guests at Markus Lanz have doubts. Both the invited left-wing politician and the CDU man think that the embargo is neither coming quickly enough nor is it far-reaching enough.

The energy dispute between Russia and the EU came to a head on Tuesday. After the EU agreed on an oil embargo on Monday evening after long discussions, the Russian energy company Gazprom announced that it would stop deliveries to the Dutch utility Gasterra. Now Russia also wants to turn off the gas tap for the Danish company Orsted and the British-Dutch group Shell. The reason is the refusal of companies to pay for deliveries from Russia in rubles. That was what Russian President Vladimir Putin demanded of so-called "unfriendly" countries.

However, the contracts with Russia provide for payment in euros and dollars. Most European countries had therefore refused. Russia had therefore offered a compromise. European countries can continue to pay gas supplies to an account at Gazprom Bank as contractually agreed. It belongs to the state-owned Gazprom group, which is actually the Russian state. The money will then be converted into rubles by the Russian central bank, explains CDU foreign policy expert Norbert Röttgen to Markus Lanz.

Opinions are divided about the oil embargo decided by the EU. This only affects oil deliveries from tankers. The raw material can continue to flow from pipelines. The EU thus accommodated countries such as Hungary, which are even more dependent on Russian supplies than Germany. Chancellor Olaf Scholz spoke of "drastic" sanctions against Russia. The Ukrainian ambassador to Germany, Andriy Melnyk, described the compromise as a "half step".

The sanctions against Russia are also an issue for Markus Lanz on Tuesday evening. What was astonishing was the broad agreement between Norbert Röttgen and the left-wing politician Jan van Aken, who was a member of the Bundestag until 2017 and today works for the Rosa Luxemburg Foundation, among other things.

Both criticize that the European sanctions against Russia are too weak. In connection with the gas supply freeze against Denmark and the Netherlands, Röttgen asks why Germany is still getting gas: "Are we (with the payments) perhaps caved in after all?" And he answered the question himself: "I think so."

Van Aken is dissatisfied with the oil embargo decided by the EU. The left-wing politician is bothered that it is being implemented too slowly. If the EU were quicker, Russia would be left with virtually no oil because there aren't enough tankers in the country to organize fast shipments to countries like India. At the same time he criticizes Chancellor Olaf Scholz. During the visit of Indian Prime Minister Modi in May, he didn't even mention the war in Ukraine. He wishes "that the federal government would make offers to India to say: 'What do you need from us so that you don't buy oil from Russia?'".

Röttgen is not entirely happy with the compromise either, as there are losers and winners in Europe. "Oil is becoming more expensive for some Europeans, while Russian oil remains cheaper for others. The Russians then say: Look, that's our business model. Whoever does business with Russia gets the cheaper oil." And further: "If we sanctioned the pipeline oil, then Russia would have a problem."

The President of the German Institute for Economic Research (DIW), Marcel Fratzscher, points out another point: Oil and gas prices have risen so much that the losses for Russia are not so high, even as a result of lower exports. Nevertheless, the people in the country felt the sanctions. There is a lack of important everyday products such as diapers.

Nevertheless, van Aken says: "The sanctions are a joke." There are a few sanctions, but a long list of exceptions. The ban on imports of Russian coal into the EU will not apply until August, and oil tankers are excluded from the handling ban on Russian freighters. "Anything that hurts anyone in Germany who is rich is not done. The only thing that doesn't hurt anyone are arms exports." But van Aken isn't giving up hope: "Putin isn't Superman. And if we find the right spot, we'll bring him down too."

These points could include a "buyer cartel" that Fratzscher suggests at the end of the show. The Italian Prime Minister Mario Draghi recently brought this up for discussion. So far, however, there have only been negative experiences with it. Several German car companies had to pay high fines after price fixing for numerous products from suppliers. Draghi suggested only taking supplies of raw materials from Russia up to a certain price. Fratzscher: "We have to distribute energy across Europe and not nationally. Then we could create a buyers' cartel."

Several European politicians now seem to be thinking about this. They believe that such an agreement would have a positive effect in this case: it could significantly increase the pressure on the Russian president. 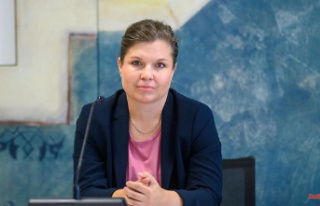