One explosion after another: oil tank at Russian airport is on fire

It was only on Monday that two Russian military airfields were apparently attacked with drones - deep in Russia's interior. 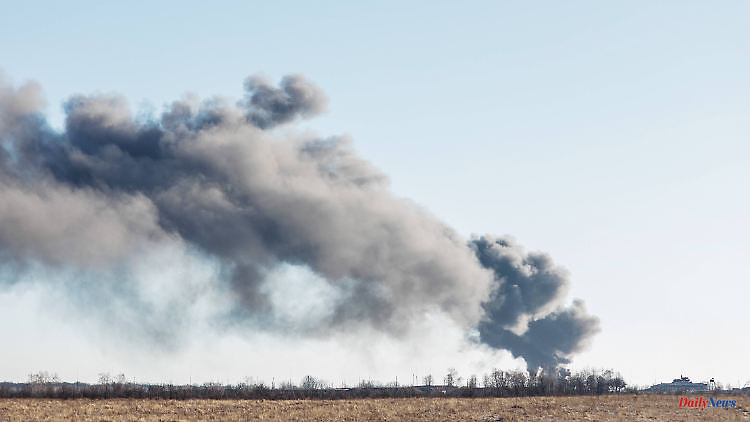 It was only on Monday that two Russian military airfields were apparently attacked with drones - deep in Russia's interior. Now there is another explosion at an airfield near Ukraine, and an oil tank is on fire. An oil reservoir is also said to be on fire in the neighboring region.

According to the authorities, an airfield in the Russian region of Kursk on the border with Ukraine has been attacked with drones. An oil tank is said to have caught fire. "There were no injuries. The fire is localized. All emergency services are working on site," wrote the governor of the region, Roman Starovoit, on Telegram. The region borders Ukraine. "Because of the fire in the airport area, it was decided to suspend classes at two schools." The fire was not under control as of this morning.

According to a media report, a military facility was also attacked with drones in the neighboring Baza region. Videos from the industrial city of Kursk showed a large flash of fire in the airport area. According to media reports, an oil reservoir caught fire.

The airport has been used exclusively for military purposes since the beginning of the Russian war of aggression against the neighboring country at the end of February. It is closed to civilian flights.

In addition, the Internet portal Baza reported on a drone attack on the "Slava" combine in the Bryansk region, about 80 kilometers from the border with Ukraine. The Russian authorities have declared the activities of the combine a state secret because it has ties to national security. According to reports, the targets were apparently also fuel reservoirs. However, they were said to be empty, which is why the attack did not cause a major fire.

Only on Monday were two Russian military airfields attacked with drones, one in the southern Russian region of Saratov and one in central Russia's Ryazan near Moscow. Both are hundreds of kilometers from the border with Ukraine. Strategic bombers used in past missile attacks on Ukraine are stationed in Saratov. Moscow blamed Kyiv for the attacks on the airfields. The Ukrainian government has not claimed responsibility for the attacks.

1 "A touch of Santa Claus": German industry... 2 Burden sharing in the crisis: economists want to tax... 3 The diary of the World Cup in Qatar: Even fake fans... 4 Second division fires Timo Schultz: "Difficult... 5 Linder praises, Lauterbach not: Two countries are... 6 'It was horrific': Hillary Duff admits having... 7 Long prison sentence for 20-year-old man who kidnapped... 8 Bavaria: Motorcyclist collides with the bus and is... 9 Bavaria: Bavaria promotes 365-euro ticket until 2025 10 Mecklenburg-West Pomerania: Schulte is also the coordinator... 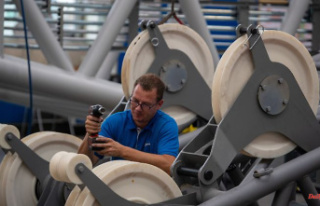