Onward transport in seven days: the gas turbine should already be in Germany

Canada has long refused to supply Gazprom with a turbine for the Nord Stream 1 gas pipeline. 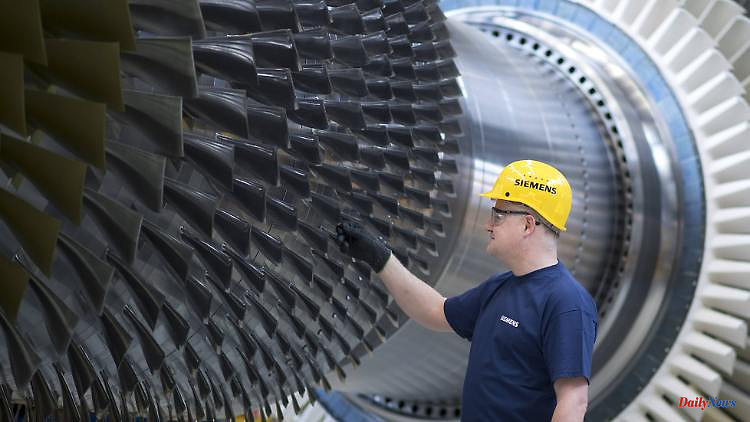 Canada has long refused to supply Gazprom with a turbine for the Nord Stream 1 gas pipeline. According to Russian media, however, it should now have arrived in Germany in order to be taken to Russia from there. The Ukrainian President Selenskyj sharply criticized the delivery.

According to a newspaper report, the turbine, which is important for the operation of the Nord Stream 1 gas pipeline, has been repaired and delivered from Canada to Germany. She was brought to Germany by plane on Sunday, reports the Russian newspaper Kommersant, citing people familiar with the events. If there are no problems with logistics or customs, it will take another five to seven days for the turbine to arrive in Russia.

Because of the sanctions imposed as a result of the Ukraine war, Canada initially refused to return the turbine to Russia, but then decided to hand the unit over to Germany instead. The Russian energy company Gazprom had significantly reduced gas deliveries through the Nord Stream 1 pipeline leading to Germany since June, citing the lack of a turbine as the reason.

Ukrainian President Volodymyr Zelenskyy has sharply criticized the delivery of the turbine. Kyiv will not accept Canada's decision to return the turbine to Russia via Germany, he said. After the conversation with Trudeau, he wrote on Twitter that the position on sanctions must be principled. "After the terrorist attacks on Vinnytsia, Mykolayiv, Chasiv Yar and others, the pressure must be increased, not decreased."

Since last Monday, Nord Stream 1 has not delivered any gas at all due to maintenance work. The work is scheduled to last until July 21. Several Western politicians have expressed skepticism as to whether Gazprom will supply gas again afterwards.

1 Not only because of wind and sun: Renewable energies... 2 "Don't see any killers in the stadium":... 3 He wants to fill the cup with beer: penguin golfer... 4 First date of her world tour: Lady Gaga celebrates... 5 First grandchild is here: Bruce Springsteen is now... 6 Outfit change on the big day: J.Lo traveled to Vegas... 7 High-tech against rocket attacks: Can you protect... 8 Enjoy summer nights: planting and lighting tips for... 9 Looking for ways out of the fire trap: "Germany... 10 Saxony-Anhalt: More forest fires in the first half... 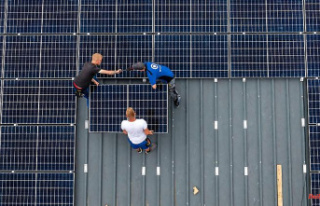 Not only because of wind and sun: Renewable energies...