Police and climate activists are preparing for a showdown in Lützerath. 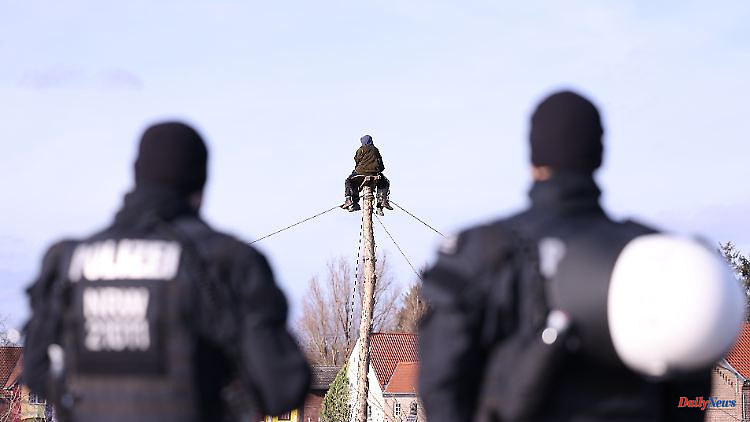 Police and climate activists are preparing for a showdown in Lützerath. While the police would probably like to get the activists out of town as quickly as possible, the protesters are aiming for a long occupation. Meanwhile, a concert has to be rescheduled due to a washout.

The activists in Lützerath at the Garzweiler lignite mine want to delay the planned evacuation for weeks. "We hope that we can hold Lützerath for six weeks," said Dina Hamid, spokeswoman for the Lützerath initiative. There are currently 700 people in the Erkelenz district.

Among other things, sit-ins and the occupation of tree houses and huts are planned. The village, consisting of a few houses, is located directly on the edge of the opencast mine. The eviction is expected in the near future - and still in January. The police are also preparing for this.

On Sunday, representatives of an action alliance consisting of several groups "Lützerath unräumbar" reaffirmed their determination to oppose the eviction. Organizations and initiatives such as Ende Gelände, Fridays for Future, All Villages Remain and Last Generation have joined forces in the alliance.

Opponents of coal have settled in the rural district. They live in squats, tents and tree houses. The original residents have long since moved away. The resettlement of Lützerath and surrounding towns began in 2000.

The land and houses of the place, which is characterized by agriculture, have long belonged to the opencast mine operator RWE. In October 2022, the green-led economics ministries in the federal government and North Rhine-Westphalia agreed with the energy company to phase out coal in the Rhineland before 2030. Five villages in the vicinity of the mine that were previously threatened with demolition are to be preserved. However, the town of Lützerath, with only a few houses left, is to be removed in order to mine the coal underneath.

Meanwhile, on the outskirts of Lützerath, the edge of the opencast mine has been undermined by water. As a result, there is an acute danger to life in the area above, the police warned. A concert by the Cologne band AnnenMayKantereit planned for Sunday was therefore moved to another area in consultation with the organizer, said a police spokeswoman. The flooding was triggered by water escaping from a pipe. How this came about is currently being investigated. 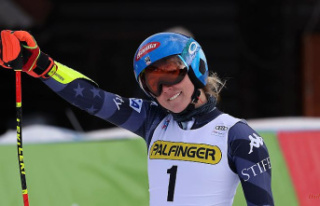