The Zaporizhia nuclear power plant in Ukraine has been occupied by Russia since March. 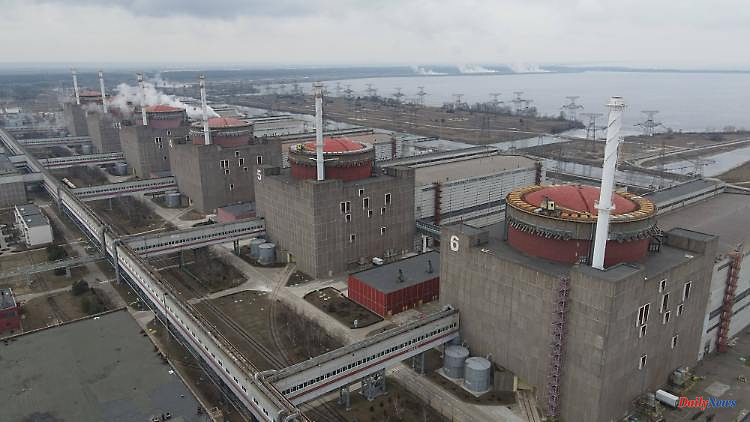 The Zaporizhia nuclear power plant in Ukraine has been occupied by Russia since March. According to its own statements, the operator is now taking a block off the network after there were several attacks on the site. The warring parties accuse each other of being the originators.

Kyiv and Moscow have accused each other of shelling the Russian-occupied Zaporizhia nuclear power plant in southern Ukraine. The operator spoke of a damaged high-voltage line, so a reactor was taken off the grid. Ukrainian President Volodymyr Zelenskyy called on Russia to take responsibility for the "act of terrorism". "Today the occupiers have created another extremely risky situation for all of Europe," said Zelenskyy in his daily video address. "They twice attacked the Zaporizhia nuclear power plant." Every bombing of the plant is a shameless crime, "an act of terror," Zelenskyy said. Russia must take responsibility for the fact that it endangered a nuclear power plant.

According to the Ukrainian operator Energoatom, three attacks took place on Friday on the site of the Zaporizhia nuclear power plant near a nuclear reactor. Accordingly, a high-voltage line of the power plant was damaged by artillery fire. One of the reactors was taken off the grid, said Energoatom. This means that two of the six reactors are now in operation. No radioactivity escaped.

Selenskyj insisted on sanctions against Russia's nuclear industry. "Anyone who creates nuclear threats to other peoples is definitely incapable of using nuclear technology safely." Specifically, he called for punitive measures against the Russian state-owned company Rosatom.

The Ministry of Defense in Moscow, on the other hand, blamed Ukrainian soldiers for the shelling and announced that a power plant block had to be partially shut down. In addition, in the city of Enerhodar, the electricity and water supply failed in some districts. The Russian army also said that "armed Ukrainian groups" carried out three artillery strikes on the site of the Zaporizhia nuclear power plant and in the city of Enerhodar. She called on "international organizations to condemn the criminal actions of Zelenskyi's regime, which commits acts of nuclear terrorism".

According to the Russian Ministry of Defense, the radiation escape was avoided only through fortunate circumstances. The Ukrainian Foreign Ministry spoke of repeated provocations by Russia at the power plant and stated that shelling an active reactor could be tantamount to using a nuclear bomb.

The nuclear power plant was occupied by the Russian army in March, but is still operated by the Ukrainian state-owned company Energoatom and its staff. Energoatom and the International Atomic Energy Agency (IAEA) have repeatedly complained that military action has adversely affected operational safety. The IAEA's access to remote monitoring systems had been interrupted several times. Ukraine and the US accuse Russia of using the nuclear power plant as a protective shield. Just a few days ago, the IAEA again expressed concern: an inspection to check technical safety is urgently needed, said IAEA boss Rafael Grossi. But it is currently very difficult for the IAEA to even get into the war zone in Zaporizhia.

1 Germans are increasingly buying on credit 2 "Consumers must save at least 20 percent" 3 Taiwan crisis: German politicians want to travel to... 4 FDP wants to attract immigrants with "stable... 5 Conflicts: After US drone attack: protests in Afghanistan 6 Egypt is mediating in the face of a new escalation... 7 SPD wants energy summit in the Chancellery 8 Istanbul-Plage: swimming between two seas, between... 9 Fighting danger: From robots to tanks - high-tech... 10 Is there a shortage from December?: Authority: Consumers... 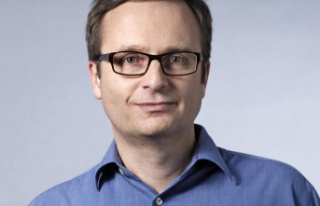 Germans are increasingly buying on credit