The President of the Ukrainian Parliament is received in the Chancellery and in Bellevue Palace and repeats an invitation that President Zelenskyy has already made. 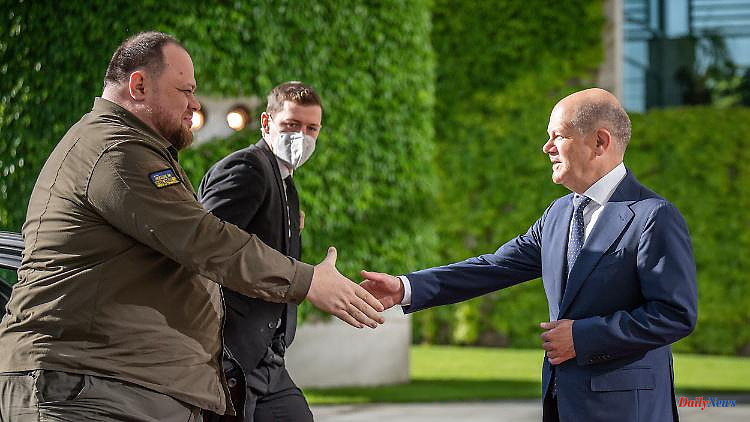 The President of the Ukrainian Parliament is received in the Chancellery and in Bellevue Palace and repeats an invitation that President Zelenskyy has already made. He also indicates when he could visit Germany - and comments on recently announced arms deliveries.

One hundred days after the Russian invasion of Ukraine, Chancellor Olaf Scholz received the Speaker of the Ukrainian Parliament, Ruslan Stefanchuk, in the Chancellery. It was "a very pleasant conversation," said Deputy Government Spokesman Wolfgang Büchner after the morning conversation. Stefantschuk invited Scholz to Kyiv - the chancellor "took friendly note of this invitation," reported Büchner. However, he said nothing about concrete travel plans.

In addition to the possibility of a high-ranking German delegation traveling to Ukraine, there is another option that depends on what is happening in the war: According to the official translation, Stefanchuk said after the conversation that he could imagine Head of State Volodymyr Zelenskyj visiting Germany if war is developing positively for Ukraine. After the conversation in the Chancellery, Stefantschuk continued to Bellevue Palace, where he was received by Federal President Frank-Walter Steinmeier.

Unlike many other top European politicians, Scholz has not been in Kyiv since the start of the Ukraine war. And that also had something to do with his SPD party colleague Steinmeier. The background to this was, among other things, a controversy that has since been resolved about the Ukrainian government disinviting the Federal President. Before Stefanchuk, the Ukrainian President Volodymyr Zelenskyj had already invited the Chancellor, Steinmeier and the entire federal government to Kyiv.

Deputy government spokesman Büchner said that Stefantschuk was "pleased" that Scholz had announced "the delivery of more powerful weapons for Ukraine". The Chancellor did this in a speech in the Bundestag on Wednesday. Stefantschuk also "thanked Germany for the great support for Ukraine," said Büchner.

In an interview with the newspapers of the Funke media group, Stefantschuk again pushed for more arms deliveries from Germany so that his country could defend itself against the Russian attacks. “Now it is also important that the decisions are implemented quickly,” he said, referring to German announcements in this regard.

The speaker of the parliament welcomed Scholz's announcement on Wednesday that he would send weapons such as the Iris-T-SLM air defense system to Ukraine. "It is very important for us that the ice is broken and that Ukraine has a chance to get the newest and most modern weapons from Germany." Stefantschuk pointed out that with every day of the war, almost 100 Ukrainians are killed and 500 injured.

"Of course, Ukraine would like more weapons from Germany," said Stefantschuk. "Above all, we need heavy weapons such as self-propelled howitzers, multiple rocket launchers, air defense systems and anti-ship guns." If Ukraine loses the war, "Russian troops will be in Poland, Lithuania, Estonia and Latvia within a month," Stefanchuk warned. 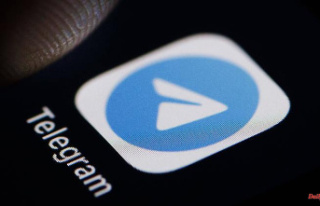