The situation is reminiscent of the Azov steelworks in Mariupol: Hundreds of people are holed up in the embattled Sievjerodonetsk in the Azot chemical plant. 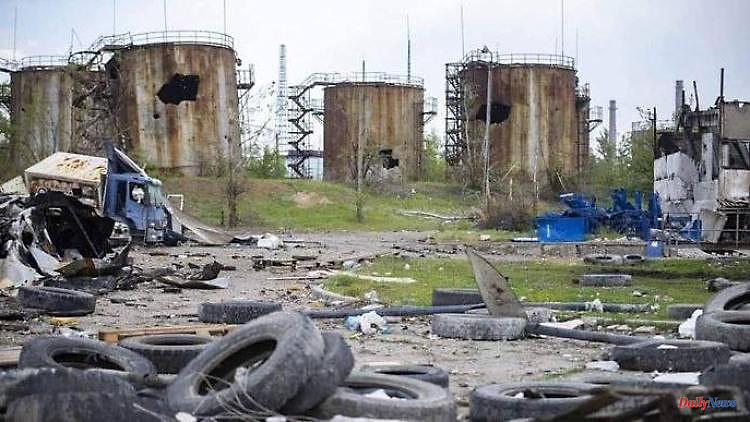 The situation is reminiscent of the Azov steelworks in Mariupol: Hundreds of people are holed up in the embattled Sievjerodonetsk in the Azot chemical plant. They're stuck there, the supply is cut off. Russia announces an escape corridor for civilians for tomorrow. The fighters should surrender.

In view of the bitter fighting in Sievjerodonetsk in eastern Ukraine, the Russian army says it wants to set up an escape corridor for civilians who have sought refuge in the Azot chemical plant there. The Ministry of Defense in Moscow said that in accordance with the "principles of humanity", a "humanitarian corridor to the north will be opened between 7 a.m. and 7 p.m. CEST".

The civilians are said to be taken in a northerly direction to the city of Svatowe (Swatowo) in the Luhansk region. Swatowe is located in the Luhansk People's Republic, which is controlled by pro-Russian separatists and recognized by Moscow as a state. "Safe evacuation of all peaceful citizens is guaranteed - without exception," said Russian Defense Ministry representative Mikhail Mizintsev.

The ministry called on Ukrainian troops to fly a white flag to show their agreement with the proposal. They should give up their "absurd resistance" at the Azot plant. Mizintsev called on Ukrainian fighters to lay down their arms and surrender. Then her life will be spared.

Moscow rejected a proposal by the Ukrainian side to let people flee to areas controlled by Kyiv. Accordingly, the Ukrainian authorities suggested bringing people to safety in neighboring Lysychansk. The procedure planned by Kyiv only serves to smuggle Ukrainian fighters out of Sievjerodonetsk, Misintsev said.

Sjewjerodonzek's chief administrator, Oleksandr Striuk, previously said that 540 to 560 people had taken refuge in the basement of the large Azot chemical plant. Your supply is "difficult", but there are still "some reserves" in the factory. The third and final bridge over the Siwerskyj Donez river was destroyed by the "massive bombardment".

The fighting in Sievjerodonetsk is becoming increasingly fierce. A capture of the city would open the way for the Russian army to Sloviansk and to Kramatorsk, the capital of the neighboring Donetsk region. This is imperative for Russia to gain control of the entire Donbass.

The situation in the Azot chemical plant is reminiscent of the Azov steelworks in the southern Ukrainian port of Mariupol, which was fought over for weeks. The last Ukrainian fighters in Mariupol surrendered between May 16 and 20 after weeks of entrenching themselves in the tunnel system at the Azov steelworks site. Ukrainian civilians also stayed there for a long time. 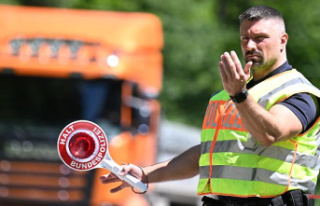