Because Lithuania is partially blocking freight traffic between Russia and Kaliningrad, a new, dangerous conflict is looming. 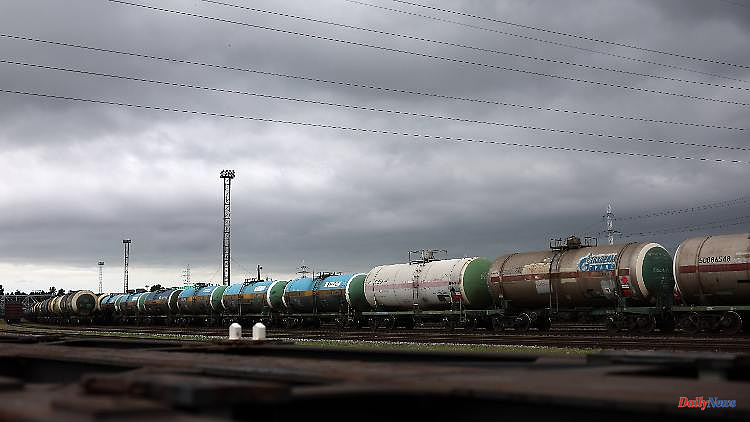 Because Lithuania is partially blocking freight traffic between Russia and Kaliningrad, a new, dangerous conflict is looming. Putin could play that into his hands. Because it fits his narrative of a Europe that wants to destroy the Russians.

A single sentence by Kremlin spokesman Dimitri Peskov shows how far removed Russian reality is from Western reality: Russia will never trust the West again, he said on US broadcaster MSNBC. According to the Russian interpretation, it is clear who is the victim in the conflict with the West - Russia. The dispute over the Kaliningrad exclave is now providing the Kremlin with further alleged evidence for this narrative.

A new trouble spot is threatening to develop in the Russian exclave, which, according to Eastern Europe expert Alexander Libman from Freie Universität Berlin, could be no less explosive than the war in Ukraine. "The Russian state has a lot of phobias about its own territorial integrity," warns Libman. "I don't think it makes sense to arouse these phobias now." Because the partial blockade is to be expanded, tensions between Lithuania and Russia could escalate further.

What is it all about?

Since June 17, Lithuania has blocked the transit of goods - including building materials, steel, other metals and coal - to the Russian exclave. The only train route between Kaliningrad and Russia is also affected by the restrictions. However, the Lithuanian government emphasizes that only goods and people that are on the EU sanctions list are subject to the ban. This is "not a decision by Lithuania," said Lithuanian Foreign Minister Gabrielius Lansbergis. Only decisions from Brussels were implemented.

Russia, on the other hand, sees the partial blockade as an "illegal" and "hostile" act, speaks of a breach of contract and has already summoned the EU ambassador. At the same time, countermeasures are being prepared that are not limited to diplomatic channels, according to the Russian Foreign Ministry. Russia's response should also affect the Lithuanian people, said Russian Security Council Secretary Nikolai Patrushev.

Why is the situation so dangerous?

In addition to Ukraine, Libman believes that Lithuania has created another point of escalation "in an already explosive situation". Lithuania is not only a member of the EU, but also part of NATO. If the dispute over Kaliningrad were to escalate militarily, the Lithuanian government could declare an alliance. Germany would then also be obliged to provide military assistance to its NATO partner. It would be the beginning of a new world war.

Libman - like the FDP foreign politician Alexander Graf Lambsdorff - does not believe that Russia could actually take military action in Kaliningrad, because the Russian army is currently heavily involved in Ukraine. "And Putin doesn't have that many resources after all." However, not all EU sanctions have come into force yet. So far, the blockade has been limited to 40 to 50 percent of all goods in transit.

What else should be sanctioned in the future?

According to a report in the monthly newspaper "Baltic Times", imports of cement and alcohol, among other things, are to be restricted from July 10, further sanctions on coal and other solid fossil fuels are scheduled to come into force from August 10 and from December 5 Russian oil should also be sanctioned.

Why is Kaliningrad so important for Russia?

The exclave is the westernmost part of the Russian Federation, but has no direct land connection to Russia. Kaliningrad borders Poland and Lithuania as well as the Baltic Sea. This is what makes the region so important for Moscow, both geostrategically and militarily:

What does Putin have to oppose in the dispute?

On land, Kaliningrad and Belarus are separated by only a 65-kilometer strip - the so-called Suwalki Corridor. It is also the only land connection between Poland and the Baltic states of Lithuania, Estonia and Latvia. Should Putin actually want to take military action against the partial blockade of Lithuania, he would be a logical first target.

According to experts, Russia could close the corridor and isolate the Baltic States from the rest of the European Union within just 30 to 60 hours. Important roads, railways and power lines would then be blocked. A gas pipeline also runs through this interface. In short: overland supplies to the Baltic EU states would come to a standstill.

So is the partial blockade a mistake?

Libman is convinced of this for a number of reasons. According to the expert, there is not only a danger that pictures will now be produced in Kaliningrad for Russian television that further legitimize Putin's actions towards his own people. The partial blockade could not fulfill its actual purpose either. "These kinds of sanctions will not persuade Russia to back down in Ukraine," believes Libman. In addition, the partial blockade does not affect Putin, but the civilian population in the exclave. "It's not a blockade like in East Berlin," said the expert. "But Kaliningrad can't take care of itself. In that respect, it's a massive economic constraint."

How is the civilian population in Kaliningrad?

Although only about 440,000 people live in Kaliningrad, they are very loyal to the Kremlin despite their isolated location. After all, they are economically dependent on Russia. Videos of tumultuous scenes in hardware stores are already circulating on social media. There is great concern that the partial blockade will not only drive up prices, but will also ultimately cost jobs - for example because construction projects can no longer be continued due to a lack of material.

What else can the federal government do now?

Eastern Europe expert Libman does not believe that the federal government can contribute to a de-escalation of the situation through diplomatic channels. Russia no longer sees Germany "as a country that you can and want to talk to separately from the EU or NATO." In addition, Chancellor Olaf Scholz had already assured Lithuania of Germany's full support before the dispute over Kaliningrad - and announced further military strengthening of NATO's eastern flank. "We have made it our goal to further develop our commitment in the direction of a robust combat brigade," said Scholz during the visit to Lithuania at the beginning of June.

For five years now, the Bundeswehr has been leading a multinational NATO combat group with around 1,600 German soldiers, which is primarily intended to serve as a deterrent. But that's not enough for everyone. One must be prepared for a nuclear threat, says Ingo Gerhardtz, lieutenant general of the Luftwaffe. "For reliable deterrence, we need both the means and the political will to implement nuclear deterrence if necessary."

1 The day of the war at a glance: Kyiv sees Russian... 2 Porte de Savoie. After the death of a bicyclist, a... 3 No-confidence vote in Parliament: government in Bulgaria... 4 Jean-Pierre Maggi, a former Socialist MP, sentenced... 5 "Horrible" representation: Scholz is not... 6 Discussion at a turning point: what the chancellor's... 7 After a long dispute: EU countries agree on stricter... 8 For the first time since Khashoggi's murder:... 9 Called "offended liver sausage": Melnyk... 10 Free certificates expire: EU Parliament finds agreement... 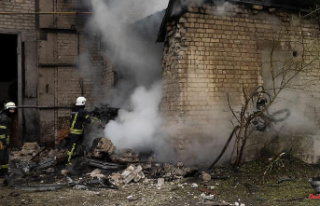 The day of the war at a glance: Kyiv sees Russian...