Party of Ostpolitik: "A large part of the SPD finds it difficult to go along with the turning point"

The SPD stands in the tradition of an Ostpolitik that placed peace and stability above human rights and freedom, says historian Jan C. 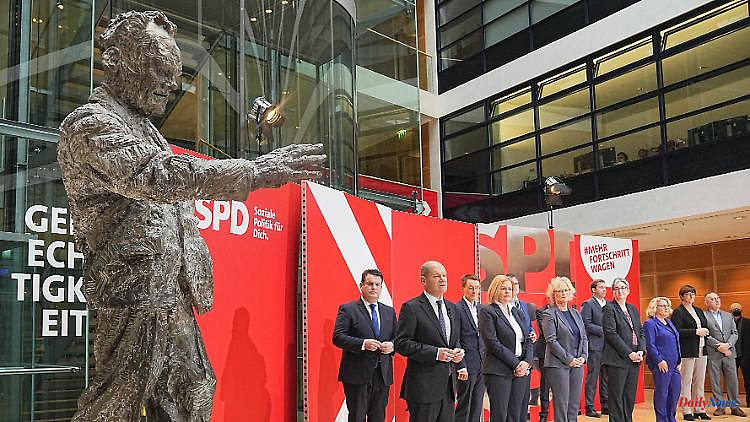 The SPD stands in the tradition of an Ostpolitik that placed peace and stability above human rights and freedom, says historian Jan C. Behrends. "That needs to be addressed." But not only the SPD, politics and society as a whole would have to overcome their colonial view of Eastern Europe.

ntv.de: How do you rate Olaf Scholz's appearance in Kyiv last Thursday?

Jan C. Behrends: The Federal Chancellor took his time with his trip. The combination with Draghi and Macron gave his visit to Kyiv greater weight, which offset the negative discussions beforehand to some extent. The pictures of Scholz, Macron, Draghi and Iohannis in Irpin are impressive. On the other hand, one has to say: this trip was not the big game changer, the cautious German approach remains. The big question is whether anything will happen after the trip in the field of arms deliveries. Because in the end, this war will not be decided by photos, but on the battlefield. Is the federal government doing enough? I'm just as skeptical today as I was before the trip to Kyiv.

In your opinion, is the German government not supporting Ukraine strongly enough?

A few days after the beginning of the war, Scholz sent a strong signal with his speech about the turn of the century. After that, the prevailing impression was that the federal government was not fully implementing the announcements made in this speech. The summer will show whether support for Ukraine is strong enough. Recently there have been long weeks of hesitation, although we know from military analysis that Kyiv will soon need Western weapons because the ammunition stocks for their own Soviet-designed weapons are running out and the Ukrainian armaments factories were destroyed by the Russians. For Germany, this will be the moment of truth. Then it will be decided whether the federal government will belatedly go all out or cancel the turning point.

Scholz always says that Germany is "massively" supporting Ukraine, only again in Kyiv. Isn't that right?

Financially and morally, that may be the case. Militarily, that's a bold statement.

The historian Heinrich August Winkler once again pointed to a quote from Egon Bahr, the architect of the SPD's Ostpolitik, in "Spiegel". In the fall of 1981, he granted the Soviet Union the right to intervene militarily in Poland if Poland were to question its membership of the Warsaw Pact. Is that typical of the relationship between the SPD and the Eastern European countries?

I believe that Egon Bahr is a special case. The problem is rather that just a few weeks ago the Friedrich-Ebert-Foundation held a celebration of Egon Bahr's 100th birthday, giving the massive impression that Bahr is still the great foreign policy strategist and that his Ostpolitik is still the last Word of the SPD to Eastern Europe. I totally agree with Heinrich August Winkler: we need to rethink that. The SPD should develop a very critical view of Bahr and not just portray him as a strategist of the Eastern treaties. He certainly had his merits in the early '70s. But the late Bahr, after Willy Brandt became chancellor, is highly problematic in my view. He pursued a secondary foreign policy that should no longer be adopted today. Bahr stood for a special German relationship with the Kremlin at the expense of East Central Europe.

Bahr is occasionally quoted as showing a certain lack of empathy towards Eastern Europe on the part of the SPD. Do they exist?

I think there are all of them in Germany. This is also a problem of the SPD, but not an SPD-specific problem. This lack of empathy was certainly also a problem for Chancellor Merkel, who was unable to develop a relationship with Ukraine.

Why does Germany have so little understanding for the interests of the Eastern European countries?

My explanation for this is that German society does not have such an empathetic concept of freedom as the Poles, the French, the Americans and, of course, the Ukrainians. Unlike in Germany, there is a struggle for freedom in these countries that can also be carried out militarily; we have no examples in our history of successful freedom struggles of this kind. That is why we shy away from automatically declaring our solidarity with Ukraine. I hope that the traffic light government - I can see signs of that in the case of Ms Baerbock - will slowly change this attitude. But it wasn't the case with Merkel either that she spent a lot of time in Warsaw or listened to the advice of our Eastern European allies. Otherwise we wouldn't be where we are.

Is there perhaps a stronger connection to Russia in the SPD than in the Union or society as a whole?

You have to differentiate there. There is indeed a strong connection to Russian politics in individual areas of the SPD, for example in Mecklenburg-Western Pomerania or Lower Saxony. You can clearly see that in individual people, in economic interests, perhaps also in corruption. But that doesn't apply to the SPD as a whole - think of people like the chairman of the Foreign Affairs Committee, Michael Roth, or Nils Schmid, the foreign policy spokesman for the Bundestag faction. It is important that the SPD works out why state associations such as Mecklenburg-Western Pomerania and Lower Saxony have assumed such a fatal role and how to get out of it.

The SPD's election manifesto from last year contained the sentence, "Peace in Europe can only exist with, not against, Russia." What is that supposed to mean?

This is a sentence that German politicians repeated like a mantra in the Putin era, across all parties. I'm not sure what it's supposed to mean - primarily it's supposed to say that the policy is not to isolate and deter Russia, but to involve it. The sentence formulates a lofty goal that has not been achievable in real political terms since the annexation of Crimea in 2014 at the latest.

The entire SPD sees itself in the tradition of Brandt and Bahr. Of course, the treaties with the East were a great achievement of German foreign policy and the social democratic Ostpolitik. But what is being misunderstood here is that the crisis in Ostpolitik began as early as the 1980s with the reaction to Solidarność ...

... the Polish trade union, which was instrumental in the end of communism in Poland.

Back then, the SPD was already on the wrong side - that's what Heinrich August Winkler criticizes: the SPD didn't support Polish society against the regime. This tradition continued in unspeakable ways during the Putin era. The SPD did not side with Russian civil society, not with the Baltic states, not with Ukraine, but ultimately with Putin. That has to be worked through: Why does the SPD, as a party of peace and freedom, stick to problematic rulers just so as not to endanger the status quo?

Because peace and stability came before human rights and freedom.

You belong to a group of three historians who wrote in a minority vote in the SPD history forum: "In our party, the SPD, some social democrats seem to worry more about the rubble of their Ostpolitik than the landscape of rubble that Putin's bombs in the Modeling Ukraine." Is it just peace politics if it is so difficult for Social Democrats to recognize that Russia is not the source of peace, but war?

First of all, there is a fundamental ignorance about Eastern Europe among our colleagues - but I believe this also applies to German politicians. Most of the people who are very opinionated in this debate have never been to Kyiv. That's why they're relatively lacking in empathy. We as historians who work on Eastern Europe, we have friends in Kyiv, in Kharkiv or Riga or Tbilisi, we have a completely different approach to the region. I believe that German politics, the SPD, but also German society as a whole must overcome their colonial view of Eastern Europe, which is always about German navel-gazing. We have to open ourselves to looking at these societies and these countries, which are so foreign to many that they are unable to develop empathy.

Would Chancellor Scholz be just as hesitant to deliver arms without the SPD behind him?

Only Olaf Scholz can answer that. But you can see that a large part of the SPD is finding it difficult to keep up with the turning point. For example, parliamentary group leader Rolf Mützenich. Everything that Mr. Mützenich has represented in recent years will be repealed by this turning point, from drone arming to Russia policy to disarmament. He always wanted to keep disarming, although we are already completely disarmed.

How optimistic are you that Germany will learn from its mistakes?

With its consistent partisanship with Russia in the Merkel years, Germany smashed a lot of china in Eastern Europe: through Nord Stream 1 and 2, also through Minsk 1 and 2, i.e. the agreements that were intended to curb the war in the Donbass, but at the expense of the Ukraine went. If Germany were to push now to achieve a Minsk 3, the confidence in Germany among Eastern Europeans would be damaged even further. Retrieving it will be a very long process. That will take at least as long as the reconstruction of the Bundeswehr.

1 Party determines new board: Chrupalla and Weidel elected... 2 Motion by the parliamentary group: Union calls for... 3 Up to 50 percent of equipment: Ukrainian general admits... 4 "A complex puzzle": BKA investigates Russian... 5 After shelling from Gaza Strip: Israel fires rocket... 6 "FryTheRice" for 2024: Trump's revenge... 7 Palermo's Cosa Nostra: The mafia is back in politics 8 Revelations about Putin buddies: Navalny team shows... 9 Explosion and shots in Kabul: Two injured after attack... 10 general a D. Lahl in an interview: "The tank... 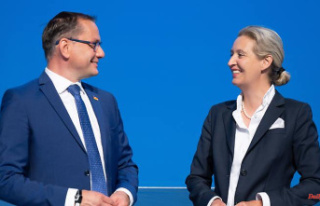