Pelosi pledges aid to Taiwan: China is flexing its muscles

While Nancy Pelosi is meeting with MPs in Taiwan for talks, China is putting its displeasure into action. 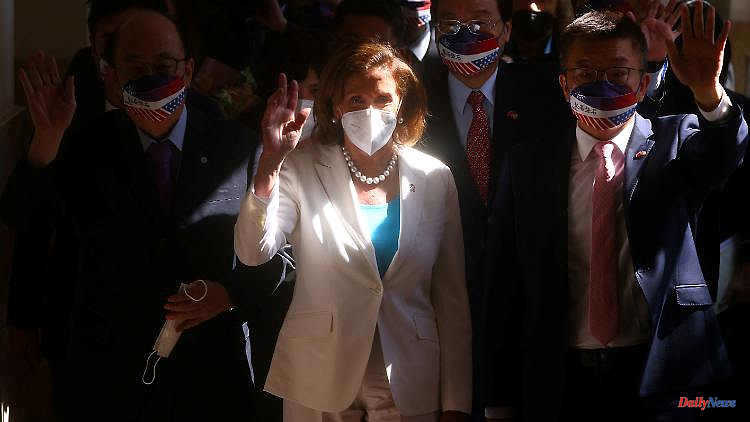 While Nancy Pelosi is meeting with MPs in Taiwan for talks, China is putting its displeasure into action. In sea areas around Taiwan, the People's Liberation Army gathers for military exercises. Trade with the neighboring country is partially suspended.

US top politician Nancy Pelosi pledged US support to Taiwan during her visit. She and her delegation traveled to Taiwan "to make it absolutely clear that we will not give up our commitment to Taiwan," said the Speaker of the US House of Representatives at a meeting with Taiwan President Tsai Ing-wen in the capital, Taipei. The visit is also a sign "that we are proud of our enduring friendship".

Tsai stressed that Taiwan would not back down in the face of Chinese threats. Amid "increased military threats, Taiwan will not back down," the president said. Taiwan will hold "the line of defense of democracy."

Pelosi traveled to Taiwan on Tuesday for a controversial visit. The politician from President Joe Biden's Democratic Party is the highest-ranking US official to visit Taiwan in 25 years. The government in Beijing, which sees Taiwan as a breakaway province, reacted angrily to the visit and announced "targeted military action" in response.

At the Taipei legislature, Pelosi met Legislative Council Vice Chairman Tsai Chi-chang and other lawmakers. Chairman Yu Shyi-kun was unable to attend as he was in quarantine after traveling abroad. The 82-year-old also wanted to meet human rights activists before flying on to Seoul at 5 p.m. local time (11 a.m. CEST) with a congressional delegation as part of her Asia trip.

Beijing strictly rejects official contacts from other countries to Taipei and had vehemently warned the USA against Pelosi's trip to Taiwan. In response, China's People's Liberation Army immediately launched maneuvers in six sea areas surrounding Taiwan. There should also be “extensive shooting practice” until Sunday. The maneuvers are considered the greatest military muscle flexing since the missile crisis of 1995, when China fired missiles over Taiwan to intimidate it and the US dispatched two aircraft carrier groups. The sea areas for the exercises go well beyond the restricted zones at the time, come close to Taiwan and sometimes appear to be encroaching on its sovereign territories. Experts also expect that shipping routes could be affected.

China's maneuvers also raised concern in Japan. The area near Taiwan, where China is planning maneuvers from Thursday, overlaps with Japan's exclusive economic zone, Japan's government spokesman Hirokazu Matsuno said, according to the Kyodo news agency. Concerns have been communicated to Beijing. Like its protecting power, the United States, Japan has long been concerned about Beijing's increasing bid for power in the region.

The State Department in Beijing summoned US Ambassador to Beijing Nicolas Burns on Wednesday to protest Pelosi's visit. Vice Foreign Minister Xie Feng spoke of a "serious provocation and a violation of the one China principle," state media reported.

As a further reaction, China's People's Liberation Army sent 21 planes into Taiwan's Air Surveillance Zone (ADIZ) on Tuesday alone, the Defense Ministry in Taipei reported. These provocations have recently increased sharply, but the high number is unusual. It was about fighter jets and aircraft for air surveillance or electronic warfare.

In addition, China partially suspended trade with the island. The Chinese Ministry of Commerce announced that the export of sand to Taiwan has been suspended with immediate effect. Imports of citrus fruit, frozen mackerel fillet and chilled hairtail fish from Taiwan will be banned from Aug. 3, China Customs said. China is Taiwan's largest trading partner.

1 "Are prepared for autumn": According to... 2 Did Alpine gamble badly?: The most disgraced Formula... 3 By the end of the 2020s: Matthias Maurer wants to... 4 Hesse: Innovative road surfaces should protect against... 5 Hesse: scooter driver seriously injured after a collision... 6 Hesse: Two injured after a traffic accident in the... 7 Hessen: E-bike driver dies after a collision with... 8 Hesse: truck overturned on federal highway: complete... 9 Bavaria: Bavaria is groaning under days of heat: Friday... 10 Bavaria: Trekking instead of wild camping: Camping... 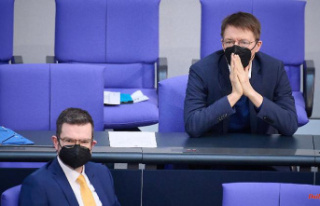 "Are prepared for autumn": According to...