"Permanently operational": Ukraine weapons will be repaired in Slovakia in the future

The Ukrainians use the weapons they have been given by the West to the limit and often beyond. 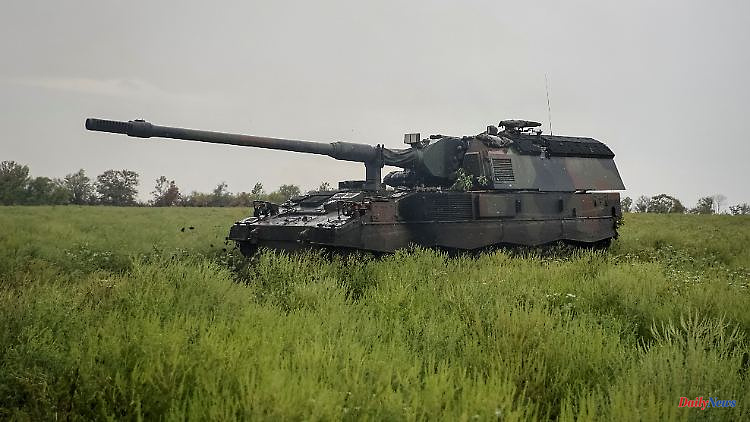 The Ukrainians use the weapons they have been given by the West to the limit and often beyond. In neighboring Slovakia, a large workshop has now started work together with the armaments industry. So far, the device has been brought to Lithuania.

With a new repair center near Slovakia's border with Ukraine, governments and the armaments industry want to ensure the continued use of heavy weapons to defend against the Russian war of aggression. The base has started operations, said Brigadier General Christian Freuding, head of the Ukraine special staff at the Ministry of Defense in the city of Kosice in eastern Slovakia. The tank builder Krauss-Maffei Wegmann (KMW) is now organizing the repair of large weapons in the region that were worn out or damaged in the fighting in the Ukraine, such as the "Panzerhaubitze 2000". The basis is an intergovernmental agreement between Slovakia and the federal government.

"For us, this is a very important contribution to supporting the Ukrainian armed forces. We can thus help ensure that the weapon systems we have handed over and have used so successfully are permanently operational," said Freuding. Germany has so far handed over 14 "Panzerhaubitzen 2000", 5 multiple rocket launchers "MARS" and 30 anti-aircraft guns "Gepard" to Ukraine. There are still 7 more "Gepard" to be delivered. In addition, 50 armored personnel carriers of the "Dingo" type were handed over.

In a first step, the repair work is concentrating on this military device, with weapons from other manufacturers being handed over to the Ukraine from Germany. The repair base ("hub") is located within a barracks compound near the town of Michalovce. From there it is almost 40 kilometers to the Ukraine. The weapons were last repaired in Lithuania.

During combat use, the wear and tear is considerable due to the high rate of fire, as experts have determined using the "Panzerhaubitze 2000" as an example. The weapon systems are therefore used at the limit of resilience "and beyond". A technical maintenance service as in peacetime could not be maintained under the intensity of the battle. The Ukrainians swear by the firepower of the "Panzerhaubitze 2000" and the rapid readiness to fire after a change of position, which is intended to prevent counterattacks, it said. So far - according to everything that can be known in Germany - no "Panzerhaubitze 2000" has been destroyed by the Russians.

The damage patterns due to the intensive use have now been examined in more detail. The self-propelled howitzer proved to be robust even under these circumstances - more robust than had been thought, it was said. It is considered one of the most modern artillery pieces in the world, but as a system it is already 25 years old. Some components are now difficult to obtain. Because of the bottlenecks, a decision could have to be made as to whether spare parts will be used for the fight in Ukraine or for the operational readiness of the Bundeswehr weapons.

1 Deaths in nationwide protests: Demonstrators storm... 2 After easing the measures: Corona-infected Chinese... 3 Don't be afraid of the big tour: VW ID.5 is suitable... 4 Thuringia: fire in an apartment building in Ilmenau:... 5 Hesse: High damage caused by fire from several cars... 6 North Rhine-Westphalia: Icy start in the morning:... 7 Hesse: Some frost and light snowfall in Hesse 8 Mecklenburg-Western Pomerania: accidents in winter:... 9 Saxony-Anhalt: slippery road on the A2: truck slips... 10 Baden-Württemberg: Shivering at the start of the... 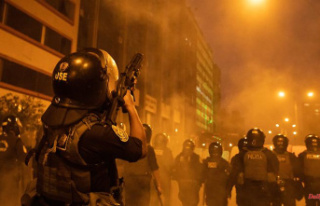