Sandro Wagner is valued by football fans for carefree and pointed analyzes on TV. 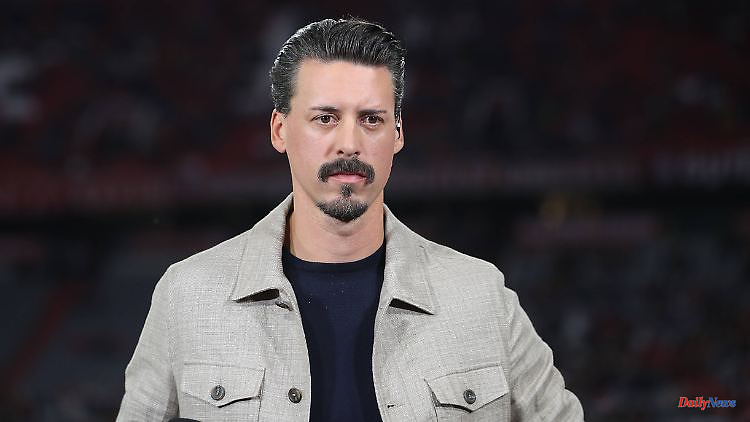 Sandro Wagner is valued by football fans for carefree and pointed analyzes on TV. Now he has casually made fun of an Arabic dress fashion on ZDF, whereupon the guillotine of political correctness descends on him. Things are looking bad for freedom of speech and the state of humor on ZDF.

Scandal on ZDF! The broadcaster officially apologizes, "unfortunately" something "happened in an emotional phase". Then the dramatic self-accusation: "It's not allowed." Along with a threat: "We'll talk about it." Shortly thereafter, the media culprit apologizes for his "ill-considered saying", his scandalously "inappropriate" words, "which I could have saved myself".

Something monstrous must have happened, because woke Twitter critics were very excited that "blatant racism" was at work on ZDF. The SPD integration politician Sawsan Chebli even wrote: "Calling the Thawb, the traditional white robe of the people in the Gulf, as a bathrobe, that's not a slip, in my opinion it corresponds to a mindset, a way of thinking that is deeply anchored in many heads ."

ZDF's bathrobe gate triggered Sandro Wagner. He was once a professional soccer player, a robust and mischievous person who scored goals from Hertha to Darmstadt, from Bremen to FC Bayern. Today he is a trainer in Unterhaching and a TV commentator in Qatar. As such, he is popular with fans because he speaks football plain language.

In the 79th minute of the Germany-Spain game, Wagner casually said: "I thought before that the whole corner was full of Germany fans. Only then did I realize it was the Qatari bathrobes." Wagner was alluding to the traditional long white robes worn by many men in Qatar.

Most viewers will have dismissed the bathrobe sentences as inappropriate cheekiness, either smiling humorously or raising their eyebrows. Some ideologues, however, sense sheer racism behind the dress joke. Wagner's bathrobe comparison may be impolite, off the mark, weird or embarrassing, but racism is not at work here. Otherwise, generations-old jokes about kilts and sombreros would be just as racist as those about East Frisian minks or the Green criticism of Dorothee Bär's dirndls.

When people in German football stadiums regularly sing "We're taking off Bayern Munich's lederhosen" it's also tongue-in-cheek teasing and not racism. Wagner's saying also falls into this category. The publicist Hasnain Kazim puts the bathrobe exegesis in a nutshell: "Great goodness. It's ignorant (...) maybe it's derogatory, disrespectful. But it's certainly not "racist". Anyone who keeps coming up with this word devalues ​​this term and makes the fight against racism, where it is necessary, unnecessarily difficult."

The whole process would have remained a side note in the Twitter bubble if ZDF hadn't turned it into a bugbear itself. The official display of dismay and the apology for an alleged racism that is not makes the process degrading.

ZDF portrays its own commentator as a delinquent who deserves extenuating circumstances "in an emotional phase of the game". Apparently, ZDF doesn't know that the whole football game lives on emotionality. Then there's the condescending, schoolmasterly tone of "We'll talk about it." This forces the sinner to kowtow in public. With this embarrassing humiliation of an employee, ZDF makes itself the house of woken self-scandalization and loses sympathy and credibility among football fans.

On the one hand, ZDF gives the impression that it is no longer a home of free speech, that every employee has to be careful about what can still be said and that ZDF freedom of expression only includes exactly that square meter of politically correct quiet that everyone in Berlin-Mitte can agree on .

On the other hand, it has to put up with the accusation of double standards, because a few days earlier Jan Böhmermann had brought up completely different artillery pieces of political opinion warfare with biting satire and denigrated the FDP and a number of non-left-wing journalists as terrorists and published a wanted list in the style of the RAF perpetrator published.

In this case, Mainz wanted to legitimize everything under freedom of art and humor, which is correct by the way. Only then you can't show repressive lack of humor in the bathrobe gate. The racism drawers, in which one wants to denounce normal people like Sandro Wagner, should be better left at ZDF. Just as Catholic Rhinelanders have been able to smile about clothing puns like "The sun hat looks good on nuns" for ages. In any case, the racism hat does not suit ZDF at all. 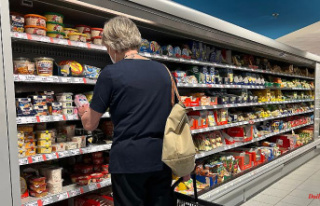 Big minus: Inflation causes real wages to drop like...