Plan for "people's republics": Kremlin wants to "clarify" borders of Cherson and Zaporizhia

The Kremlin itself recognizes the four areas that the Kremlin is annexing in Ukraine in violation of international law as Russian territory. 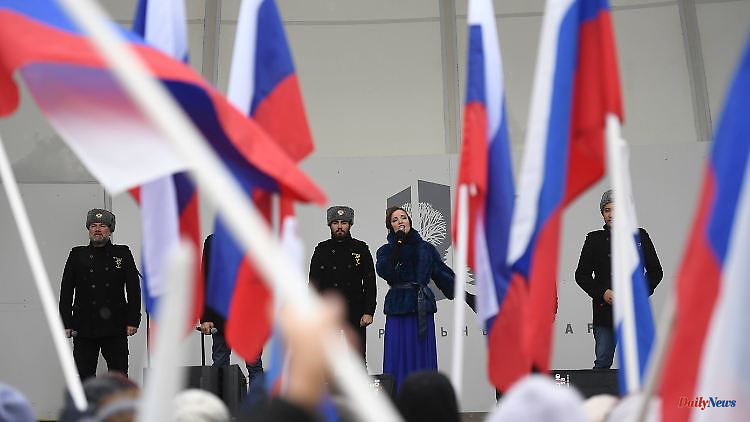 The Kremlin itself recognizes the four areas that the Kremlin is annexing in Ukraine in violation of international law as Russian territory. Against this background, Kremlin spokesman Peskov warns against an attack on the regions. Meanwhile, he still sees a need for clarification with regard to demarcations.

According to the Kremlin, Russia has yet to "clarify" the "exact borders" of two of the four Ukrainian regions that are to be formally annexed today. The "people's republics" of Donetsk and Luhansk would be recognized by Russia "within the 2014 borders," said Kremlin spokesman Dmitry Peskov in Moscow. Regarding the Cherson and Zaporizhia regions, "I still have to clarify that, I can't answer this question at the moment," Peskov added two hours before the official ceremony for the annexation.

After the "referendums" in four Russian-controlled regions in Ukraine, Russian head of state Vladimir Putin intends to formally complete their annexation today. At a ceremony in the Kremlin from 2:00 p.m. CEST, the agreements on the acceptance of the eastern Ukrainian regions of Luhansk and Donetsk and the southern Ukrainian regions of Zaporizhia and Cherson into the Russian Federation are to be signed. According to Peskov, Putin will make a long speech.

The Kremlin warned of Ukrainian attacks on areas annexed by Russia. That would be considered like attacks on Russia, Peskov said. With the annexation of the four Ukrainian regions of Donetsk, Luhansk, Kherson and Zaporizhia, the parts that are not controlled by Russian armed forces would also be incorporated "de jure".

At the same time, Peskov rejected speculation about a Russian use of nuclear weapons in the course of the fighting for the annexed areas. "People who talk about a nuclear escalation are acting very irresponsibly," said Peskow. In the afternoon President Vladimir Putin wanted to sign a document on the incorporation of the four regions of Kherson, Donetsk, Luhansk and Zaporizhia, which are mostly controlled by Russian troops, into the Russian Federation.

From Moscow it was said in advance that Russia would defend its territory with all means, which led to speculation about the use of nuclear weapons. Asked about this debate, Peskov urged the questioning journalists to read Russian military doctrine more closely. "The correct wording is very important there." The doctrine says that nuclear weapons can be used if an attack with conventional weapons puts "the very existence of Russia" at stake. 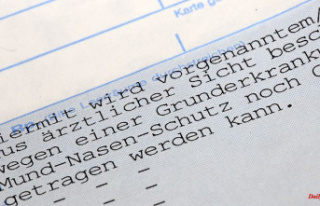