Ukraine wants to become part of the European Union. 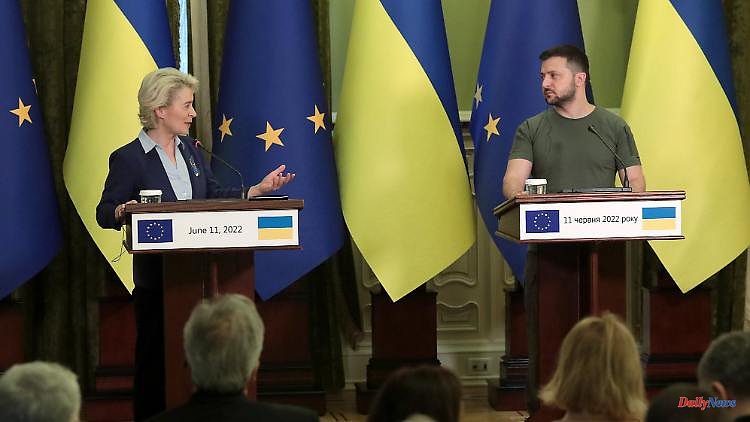 Ukraine wants to become part of the European Union. Next week, the EU Commission wants to submit an analysis for decision-making. During a surprise visit to Kyiv, Commission President von der Leyen urged that more be done to fight corruption.

The EU Commission intends to present its assessment of whether Ukraine should be granted candidate status by the end of next week. This was announced by EU Commission President Ursula von der Leyen during a surprise visit to Kyiv. Together with Ukrainian President Volodymyr Zelenskyy, she wanted to "take stock of the joint efforts required for reconstruction and Ukraine's progress on its European path," von der Leyen said on her arrival in the Ukrainian capital. After meeting Zelenskyy, she said Ukraine had "done a lot to strengthen the rule of law, but reforms still need to be made, for example to fight corruption or modernize this well-functioning administration to attract investors".

At the beginning of March, a few days after the start of the Russian invasion of the country, Ukraine submitted an application to join the EU. Several EU countries, particularly in Eastern Europe, support Ukraine's bid for membership. However, some countries such as the Netherlands, Denmark and France are skeptical about the project. Chancellor Olaf Scholz has also been reluctant to comment on the subject so far.

Should Brussels recommend candidate status for Ukraine to the 27 member states, and should all countries agree, the actual accession negotiations could begin, which could take years or even decades. An EU summit meeting will take place on June 23rd and 24th, which will also deal with the topic. For von der Leyen, it was the second visit to Ukraine since the beginning of the war. During her previous visit in early April, she prophesied a "European future" for Kyiv.

Selenskyj described his country's decision on EU membership as groundbreaking for the whole of Europe. "A positive response from the European Union to Ukraine's application for EU membership can be a positive answer to the question of whether there is any future for the European project," he said at the meeting with von der Leyen. In defending against the Russian war of aggression that has been going on since the end of February, the Ukrainian people have "already made a huge contribution to defending common freedom".

Kyiv is grateful for the recently adopted sixth package of sanctions against Russia, he said. "Unfortunately, the war goes on, so a seventh package of sanctions is needed, which should be even stronger." Zelenskyy demanded that this should apply to all Russian officials and judges who worked for the war. In addition, all Russian banks without exception would have to be sanctioned. The Ukrainian head of state also spoke out in favor of the EU completely dispensing with Russian energy sources and for a reconstruction program for his country.

1 High mountains. Vars: A biker is hurt when he falls. 2 "Player in stable condition": Ex-Mainzer... 3 Cyclists have to get off: Ostsee-Express is stuck... 4 Mecklenburg-Western Pomerania: Hansa Rostock wins... 5 Baden-Württemberg: Rear-end collision: Two people... 6 Legend fills the dozen: The monument to Timo Boll... 7 Vaucluse. Avignon: They toast the first Live des Cotes... 8 Bavaria: Worship service for victims of the train... 9 Germany. After stabbing at University, man is taken... 10 North Rhine-Westphalia: 55-year-old strikes with boundary... 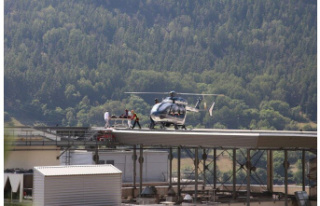 High mountains. Vars: A biker is hurt when he falls.