The traffic light wants to put together its relief package "soon" and "soon". 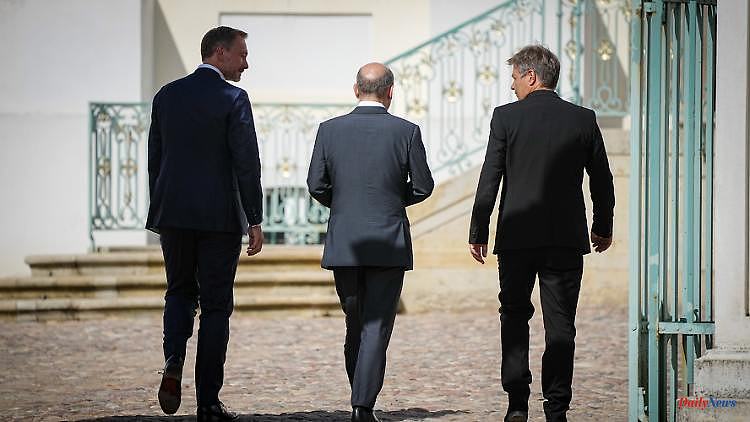 The traffic light wants to put together its relief package "soon" and "soon". However, a direct connection to the summer relief fails. And what comes there probably corresponds to a large extent to the instrument box from spring. There is a lack of unity and ideas for permanently effective concepts.

"When two people argue, the third party is happy," as the saying goes. But when three are arguing, the people sometimes look down the drain. At least when the three SPD, Greens and FDP are called. For months the traffic light has been announcing a third relief package, but whatever may come: There will be a gap to the measures of the second relief package that were decided in the spring and took effect over the summer, even if the energy money decided in April will not be paid out until the end of the year done in September. The commuter with a small income gets up to 300 euros to compensate for the skyrocketing price of fuel or the public transport ticket. He or she then has hardly anything left for the anxiously awaited utility bill. And that's not even mentioning the high food prices.

A lot of people start the autumn with worries and the traffic light must be asking itself what it has actually used the past few months for. After all, the "soon" and "soon" changed to "in a few days" on Thursday: According to SPD leader Saskia Esken, a package should be put together by then. Then the measures have to go to the Bundestag and by the end of the year it will probably be possible for the citizens to receive their "inflation premium" or at least a decent surcharge on the transfer money. The federal government will want to avoid reports of Christmas celebrations being largely canceled in millions of families.

What is becoming apparent, however, is that the coalition will remain with the same small-scale set of instruments with which it operated in the spring; she has hardly made any progress with her concepts in half a year. Structurally permanent measures sometimes fail due to a lack of unity in the three-party alliance, sometimes due to a lack of ideas for practical implementation. The latter is sometimes only intended to help disguise the former.

After the cabinet meeting in Meseberg, Federal Economics Minister Robert Habeck declared that a price-capped minimum supply quantity for fossil fuels would probably be too complex to implement. Germany will not be able to transfer direct payments to all citizens for a year and a half at the earliest, said Federal Finance Minister Christian Lindner after the same meeting. Meanwhile, starting this month, Austria will be paying out a climate bonus to all account holders in the country in exactly this way - the equivalent of the climate money agreed by the German traffic light, which is also a long time coming. So the government will once again have to resort to the somewhat opaque instrument of payment via employers, while pensioners and students - who also receive something this time - each receive their bonuses in their own way. Everything is possible, but in small parts, complex and expensive.

And the faulty constructions in the European electricity market, which Lindner in Meseberg branded as a "return autopilot", will remain in place for the time being. Chancellor Olaf Scholz, who is standing next to Lindner, prefers not to give an assessment of whether the EU Commission will bring about a reform this year, despite alleged European unity on the subject. The electricity price is therefore likely to remain high, although electricity is only generated to a small extent from gas, which has actually become expensive.

Another example is the 9-euro ticket: The traffic lights have been fighting for four months and to this day there is no agreement on exactly how to proceed. The FDP has good arguments for making the states responsible and not stopping at cheap tickets for everyone. The fact that a nationwide monthly ticket at a permanently attractive price definitely makes sense from a social and environmental point of view is nothing new. But Federal Transport Minister Volker Wissing is only now entering into negotiations with the federal states on what the successor could look like. Nobody should hope that the successor ticket will be launched in 2022.

Because structural, permanently effective relief approaches were not found, but everyone involved spent a lot of time in the summer bringing their own clientele's demands into the debate and thus building up bargaining chips, the traffic light for the upcoming relief package has hardly progressed. There is something for everyone again, but late and only effective once.

A fourth relief package is therefore already as certain as amen in church. After all, 2023 is unlikely to be any easier economically. Lindner has already promised that he will have a margin in the double-digit billion range for the coming year. The citizens will then wait again to see what support the state will give them this time, and they must hope that their own household budget will also prove to be sufficiently patient. Planning security and socio-politically reliable politics look different. 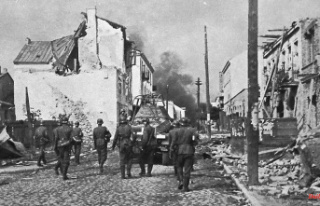