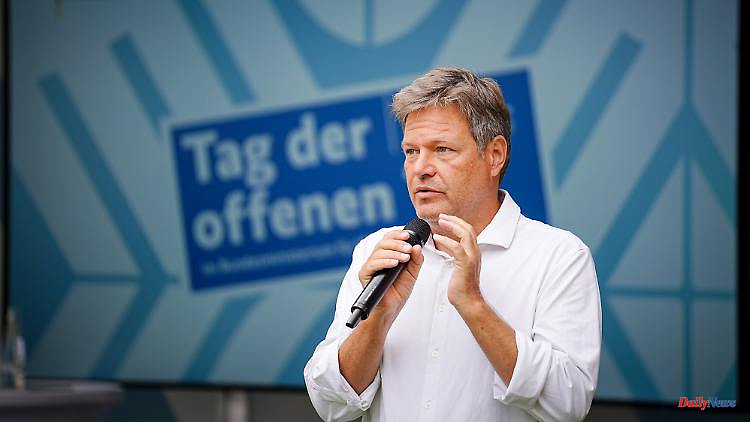 Germany continues to buy Russian gas from the Nord Stream 1 pipeline. The Nord Stream 2 pipeline has been completed but is on hold. While FDP Vice Kubicki is in favor of putting it into operation, Habeck warns against "playing with Putin".

According to Federal Minister of Economics Robert Habeck, opening the German-Russian gas pipeline Nord Stream 2 would mean giving in to Russian President Vladimir Putin. That would indirectly say that Putin is right, the Greens politician and vice chancellor warned at the open day at his ministry in Berlin. "But he didn't!" During a discussion with visitors, Habeck was asked what difference it makes whether Germany gets Russian gas via the Nord Stream 1 pipeline, as it is currently doing, or via Nord Stream 2.

In a report by the editorial network Germany, FDP Vice Wolfgang Kubicki spoke out in favor of opening the Nord Stream 2 Baltic Sea pipeline in order to fill the gas storage tanks for the winter. The Nord Stream 2 pipeline has been completed but not put into operation. The federal government put the approval process for this in February shortly before the Russian attack on Ukraine.

Habeck said Russia is curbing supplies through Nord Stream 1, even though the line is "fully operable." "That means the assumption that no more gas can be pushed through there is Russian propaganda." Habeck warned that Russia could prove unreliable if Nord Stream 2 was commissioned, just as it is now with Nord Stream 1. "And if he wins the game with us there, who gives us the guarantee that he won't do the same with Nord Stream 2?"

Germany made a mistake as an economy with the large dependence on Russian gas. Anyone who wants to recognize it recognizes "that the Russian government under Putin regards democracy as an enemy, tramples on freedom of the press, uses murder as a political means and disregards international law," the minister continued. If you now increase dependence on Russian gas, you would have forgotten all the lessons of the past few months.

"In this case, I think that the short-term gain without question - opening Nord Stream 2, taking gas, getting through the winter better - would be a dramatic political failure, because with it we can combine any self-confidence, any value-based attitude, any attitude towards Putin with the trampled on," said Habeck.

Habeck also ruled out longer running times for the last three German nuclear power plants to save gas. With the continued operation of the nuclear power plant, gas consumption could be reduced by a maximum of two percent, he said. "For the little we win there, it's the wrong decision." There are other ways to save gas. But the consensus on the nuclear phase-out should not be untied again. 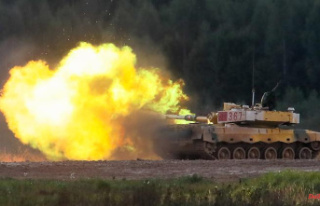 "Inappropriate" because of war: London:...