Politics based on 1.5 degrees: How Germany can achieve the climate goals

Despite the many current challenges, there must be no gaps in climate protection. 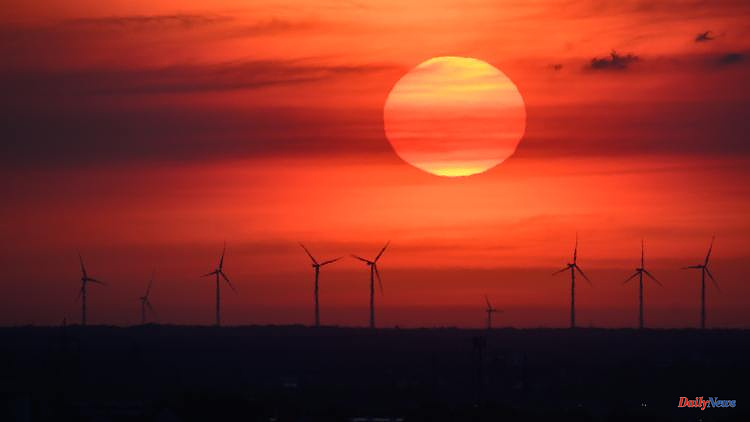 Despite the many current challenges, there must be no gaps in climate protection. Unfortunately, the traffic light coalition's climate policy has a lot of room for improvement.

In climate and energy policy, we are experiencing the greatest challenges at the same time. In order to do our part in the Paris Climate Agreement, our country must become carbon neutral by 2045 - and on the way there we must meet our legal milestones. In view of Putin's war, which is illegal under international law, we have to get rid of Russian energy imports at high pressure. And in global competition it is important to show that our model of the social and ecological market economy is superior to the planned economy of autocratic systems in the context of value-based international cooperation.

There is a common response to these challenges: Germany must move forward vigorously. "Forward with energy" - that's the title of our initiative - means expanding renewables as domestic energies at high speed, replacing one-sided dependencies with diverse trade relationships and always being open to new technologies, such as the possibilities of carbon dioxide separation. Domestic energy and trade diversity, efficiency and innovation, market-economy reason and openness to technology: these are the cornerstones of climate neutrality, independence and competitiveness.

What does that mean specifically? The solid foundation must be a consistent climate policy based on the 1.5-degree limit, with the Climate Protection Act as the benchmark. The legal obligation to make adjustments immediately if an annual target is missed also applies. This also applies at a time when detours have to be taken, for example when phasing out coal. The Federal Government is called upon to submit even more proposals for savings elsewhere to compensate for the additional CO2 emissions. The lesson from previous crises is that climate protection must be pushed forward with vigour, no gaps must be allowed to open up.

This makes it clear that we must make decisive progress in all areas without getting into trouble. The expansion of renewables is of outstanding importance, but so are energy efficiency and the hydrogen strategy. In the traffic light climate policy, on the other hand, efficiency is the fifth wheel on the wagon. A lot of porcelain was smashed, but the new course for the promotion of efficient new buildings is not to be set until next year. Why is so much time wasted? Projects are being put on hold across the country. Why is the hydrogen strategy not being pushed forward with the necessary emphasis? Where is the federal government's commitment to pragmatism instead of bureaucracy at European level? Why is there speculation in the Federal Ministry of Economics about the dismantling of the gas network instead of promoting efficient infrastructure with a federal hydrogen plan?

Sun and wind play a central role in the expansion of renewables. But we have to use the potential of all green energies. The traffic light fails to do this: there could be more with geothermal energy. Biogas is capped, although in the acute crisis more electricity from biogas could make a contribution to independence from Russian gas. And hydropower is dried up by traffic lights. Instead of setting the framework for a nature-friendly expansion, dismantling will take place without subsequent improvements. We have an outstanding public interest in the expansion of all renewables, but the traffic light expressly excludes hydropower from this. The energy transition will fail with a box thinking of first, second and third class eco-energies. No potential should be given away lightly. And it will only be successful if, at the same time as capacity is expanded, grids and storage systems are advanced in such a way that renewable electricity is available anytime and anywhere.

Despite its emphasis on wind and sun, the traffic light also has a lot of room for improvement here. A wind consensus would bring reliability for everyone involved. But something like that doesn't work par ordre du mufti, but only with partnership on an equal footing - communicate instead of imposing! The energy turnaround can only succeed as a broadly supported joint effort, not by dictating traffic lights from above. A trip to Germany by the minister does not replace a jointly developed path. Robert Habeck made not a single attempt to achieve such an understanding. The government speaks of a "pact with the countries" and at the same time unilaterally hammers in one stake after the other. In this way, she misses the great opportunity for a broad alliance of federal, state and local governments. However, the process of climate neutrality only works if all levels work together and it lasts longer than the traffic light.

When it comes to the sun, we need a clear signal for a boom on Germany's roofs. If you put a solar roof on your private home, you shouldn't have to pay any taxes for it. And there must also be an end to the patchwork quilt when connecting the systems to the grid: it must be just as easy to connect a solar system as it is to connect an electric stove. The long shadow of bureaucracy must no longer fall on the joy of the sun on the roof. We are applying for this in the German Bundestag.

With all of this, we must succeed overall in achieving the climate goals in Germany and in European partnership in such a way that, as a climate-neutral industrialized country, we create harmony between ecology, social affairs and the economy. Only then can we not only make our own contribution to the Paris Agreement, but also provide international impetus for joint success in the fight against climate change. In this sense, we have a double responsibility - everything we do here for climate protection must also be "world-capable". And so we must proceed vigorously. 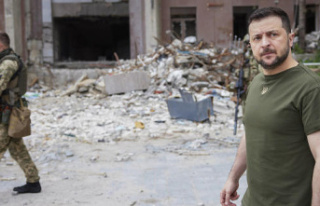