Possible from the end of the year: Minister of Transport is considering a successor to the 9-euro ticket

For Federal Transport Minister Wissing, the 9-euro ticket is a "huge success". 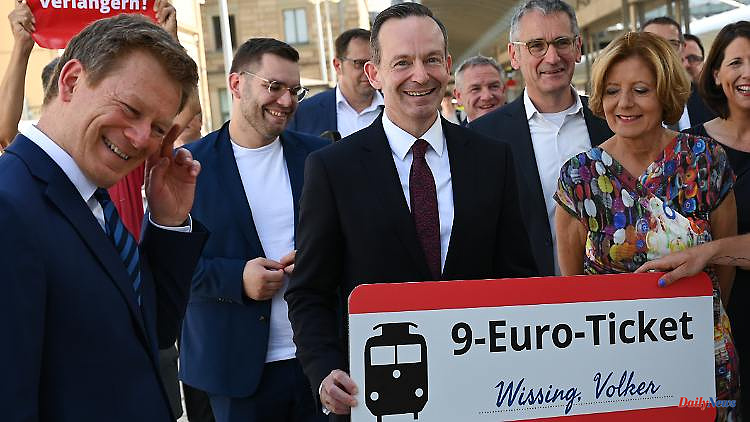 For Federal Transport Minister Wissing, the 9-euro ticket is a "huge success". That's why he can definitely imagine a successor solution. But what exactly that should look like is questionable - mainly because of the money. If there is enough data for the evaluation in November, Wissing wants to recalculate.

According to Federal Transport Minister Volker Wissing, a follow-up offer for the 9-euro ticket that expires at the end of August is possible at the end of the year or at the beginning of 2023. At the beginning of November, data on the ticket should be available that should help with the assessment, said the FDP politician. "What is the experience with it? What role does the price play? What role does the easy handling or the Germany-wide validity play?" It will be about such questions. "There's a lot of speculation, but you don't really know. That's why we need the results of the evaluation."

Public transport can be used in Germany between June and August for nine euros a month. Among other things, a 365-euro annual ticket or a 69-euro monthly ticket were suggested for a follow-up model. The main issue here is financing. The federal government is financing the 9-euro ticket with around 2.5 billion euros.

Wissing does not want to commit to a successor solution yet. "We need a model that fits into the budgets of the federal states and also into the budget of the federal government." If there is an agreement between the federal and state governments, it could happen quickly. "We saw that we were able to put a proposal on the table and offer a digital ticket within a few weeks. In this respect, I'm optimistic that it can go quickly this time too."

At the halfway point of the 9-euro ticket, Wissing believes that key goals have been achieved. "We triggered something that was very important for public transport, namely a push for modernization," he said. "As a result, public transport has become a bit more digital, it has become simpler and it is more focused on passengers - and all within a few weeks."

Wissing rated the ticket as a "huge success". "We sold 21 million tickets in addition to the 10 million subscribers. Public transport hasn't seen that for a long time." Among the 31 million users were many commuters, but also day trippers. Less than 0.1 percent of the trains were so busy that security staff had to intervene. Passenger numbers have risen to pre-pandemic levels. They had declined by about a fifth since 2020.

It is important that the price and the service offered have to be right. "It's not the case that the lowest price always brings about the greatest satisfaction. If the performance behind it isn't right, then it's no use for anyone to be able to drive for one euro, but the clocks don't fit," said Wissing with a view to the proposed 365 euro ticket.

Wissing also wants to give an impetus to clear the jungle of tariffs in local transport. "We have many train stations, some of which have multiple ticket machines that nobody really understands."

1 Ukraine reports massive shelling: Russians cover cities... 2 British intelligence: Kremlin uses Wagner mercenaries... 3 Huge expectations of de Ligt: The next mega attempt... 4 Przybylko disappointed, ...: Finally a first German... 5 Which offers are convincing?: The best value-added... 6 Energy center of the e-bike: this is how the battery... 7 What are the signs - and what to do?: How to recognize... 8 Looking for ways out of the fire trap: "Germany... 9 Models complement data: blue-green algae blooms occur... 10 Mecklenburg-Western Pomerania: Eleven-year-olds raped:... 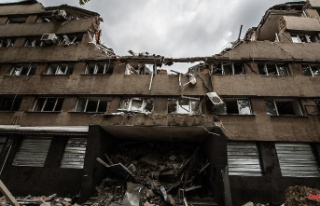