Power outages after rocket terror: Kyiv is dark, but also louder and louder

For the past week, the power outages have been an increasing problem for Kyiv. 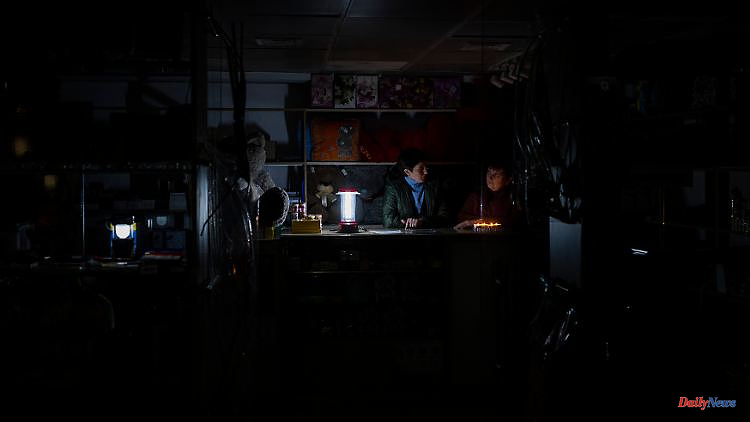 For the past week, the power outages have been an increasing problem for Kyiv. "Our enemy is doing everything to keep the city without heating, without electricity and without water," says Mayor Klitschko. "And anyway for the fact that we all die here."

For a month now, what many in Ukraine had predicted in the summer has been coming true: Russia is shelling the country's energy infrastructure on a massive scale. The capital Kyiv is at the center of the new wave of attacks that began on October 10.

For three weeks, the city managed to keep power outages within bounds. Contingency plans were prepared that dictated when which district would be called if the load on the power grid became too great. Real power outages were rare. On October 31, however, Russia attacked a hydroelectric power station near Kyiv that played a central role in supplying the northern parts of the city. The extent of the damage to the power plant remains unclear, probably also for safety reasons. However, it will most likely take even longer before it is operational again.

The hydroelectric power station near Kyiv was not the only object of this type hit by the Russians during the last massive shelling on October 31. Previously, the attacks had focused on thermal and combined heat and power plants. This has raised concerns among Ukrainian energy experts. According to official figures, the Russians have so far damaged around 40 percent of the energy infrastructure. But Ukraine has so far been able to keep the electricity crisis reasonably under control because electricity has been diverted from one region to another when required.

Hydroelectric power plants in particular play a major role in this process. They are normally only responsible for around six percent of Ukraine's power supply, but can ramp up production quickly compared to thermal power plants. The Russians don't even have to destroy the hydroelectric power stations - it's enough if they destroy their substations. The aim is to turn Ukraine's unified power grid into "electricity islands" so that power cannot be diverted between regions. This can lead to very long blackouts.

The problem is not limited to the power supply. Around 80 percent of Kievans were without tap water on October 31. This problem was solved comparatively quickly. When it comes to electricity, however, the capital has just experienced the hardest week so far. There have been countless unscheduled as well as planned power outages. In the current week, Kyiv now wants to ensure that the outages only last up to four hours a day.

According to the energy supplier, the city needs two more weeks to basically stabilize the situation. However, this only applies in the unlikely event that no further Russian shelling occurs. And in general it is hardly a question of complete repairs, but only of stabilization: Some substations have to be rebuilt, which could take half a year, especially since most spare parts are produced in Ukraine in the contested Zaporizhia district. Importing from abroad is difficult.

At the same time, reports that Iran could deliver the first ballistic missiles to Russia as early as November add additional concern. Ukraine's anti-aircraft defenses have adapted to Russian missiles and Iranian drones. However, if the Russians launch more than 50 missiles, as they did on October 31, some of them will inevitably reach their target. And even if the ballistic missiles from Iran are not as good as Tehran claims, Ukraine would need specific defense systems against such missiles, which it does not have. In plain language, this means that even if Iran only delivers a few missiles, this could become a major problem for Ukraine and specifically for Kyiv.

The headlines have become all the more alarmist in recent days after the New York Times published a report that Kyiv was preparing for a full evacuation. Around three million people are now in the capital. Such plans are emphatically denied by the city administration. An organized evacuation of so many people is hard to imagine anyway. Even at the time of active hostilities in Kyiv, one million people remained in the city.

The possibility of a complete blackout can hardly be ruled out. For this reason, Kyiv is preparing more than 1,000 air-raid shelters, not least with foreign help, which can be used as bunkers or, with suitable generators, as heating points. "We're doing everything we can to prevent a total blackout," says Mayor Vitali Klitschko. "Nevertheless, we have to be honest: Our enemy will do everything to ensure that the city remains without heating, without electricity and without water. And anyway, so that we all die here."

In everyday life, Kyiv has not only turned into a dark city in the evenings, but also into an even louder city than usual in the last week. Because many smaller shops and coffee stands have bought small but very noisy petrol generators - these are now scarce and sometimes have to be ordered about a month in advance. "To be on the safe side, I bought one in the summer when they weren't that expensive," says Petro, the owner of two small coffee stands in the north of the city. "Gasoline costs money, but during the power outages we have a huge queue. And despite everything, the mood in there is good." 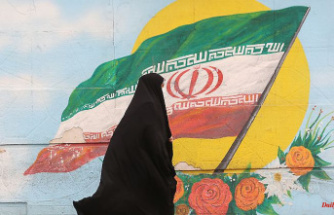 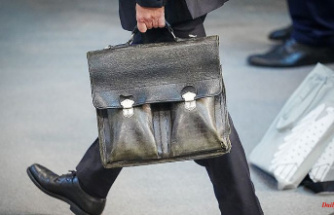 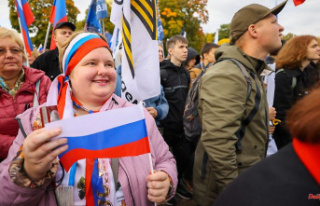