The EU has meanwhile seized property worth almost 14 billion euros from Russian oligarchs and other responsible parties. 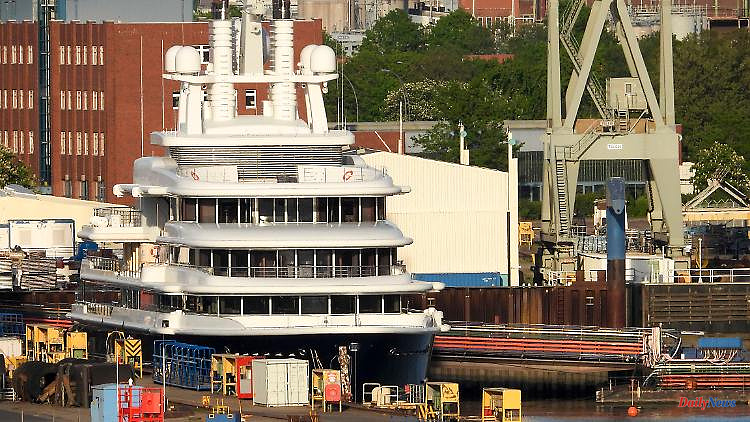 The EU has meanwhile seized property worth almost 14 billion euros from Russian oligarchs and other responsible parties. EU Justice Commissioner Reynders praises the sum. However, he criticizes most Member States. Five countries in particular show commitment, including Germany.

In the course of the EU sanctions against Russia, almost 14 billion euros in Russian assets have now been frozen in Europe. The total value of the seized possessions of oligarchs and other responsible persons amounts to 13.8 billion euros, said EU Justice Commissioner Didier Reynders on the sidelines of a justice ministers' meeting in Prague. That was "huge," said the Belgian.

However, Reynders criticized that not all EU countries were equally committed to implementing the six packages of sanctions against Russia so far. The majority of the sum - a good twelve billion euros - was secured in five of the 27 member states.

According to the federal government, Germany plays a key role here: Federal Finance Minister Christian Lindner had estimated the assets from Russia frozen in Germany at 4.48 billion euros in mid-June. These include ships and yachts as well as central bank deposits and company investments.

Currently, 1158 responsible persons and 98 companies and institutions are affected by the EU sanctions. Among them are Russian President Vladimir Putin and oligarchs like Roman Abramovich. Among other things, he had to sell the top English football club FC Chelsea to a consortium led by US businessman Todd Boehly. The proceeds do not benefit him, but are intended to support war victims in Ukraine.

In May, the EU Commission pointed out the difficulty in identifying oligarchs' assets because they use "complex legal and financial structures" to hide their assets. Left co-group leader Martin Schirdewan in the European Parliament had pointed out that freezing Russian assets would incur high costs for the EU. Freezing means that villas and yachts "are preserved in the same condition as found. And currently European taxpayers are paying for the maintenance," said Schirdewan.

1 Amendment of the Basic Law: Faeser urges more protection... 2 Poverty is 5 to 15 times more common in the overseas... 3 There are no plans to impose a windfall tax on electricity... 4 Person of the week: Alexej Miller: The Gazprom boss... 5 Russia strengthens defences: Ukraine: counter-offensive... 6 Dispute over repaired gas turbine: Selenskyj calls... 7 "The timing is random": First over-the-counter... 8 Humiliation instead of exodus: Sri Lanka's president... 9 "Unacceptable and aloof": Linke: Traffic... 10 Weather report. Heat wave: Seven departments are under... 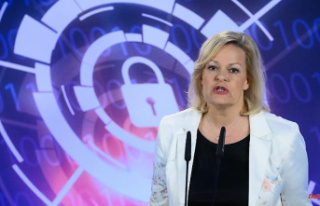