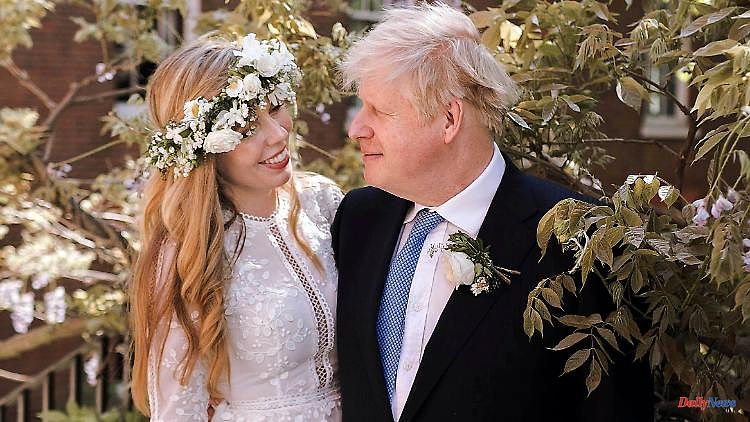 British Prime Minister Boris Johnson actually wanted to celebrate his third wedding at the official country estate of Checkers. But after the announced resignation, the criticism was too great. Now he is celebrating with 200 acquaintances, supported by a patron and Brexit friend, in a magnificent country house.

The property should suit Boris Johnson. Daylesford House is a Grade II listed Georgian country house with an Orangery and spacious parking areas. A perfect place for the wedding of the British Prime Minister, who is known for his love of prestige as well as for his easy handling of money and the truth. About 14 months after their secret wedding, the 58-year-old and his 34-year-old wife Carrie Johnson celebrated in a large circle around Daylesford House. The couple have two children together, two-year-old son Wilfred and seven-and-a-half-month-old daughter Romy.

But the party location in the middle of the picturesque landscape of the Cotswolds makes people sit up and take notice. Because the property near the village of Stow-on-the-Wold belongs to billionaire entrepreneur Anthony Bamford - a major donor to Johnson's conservative party. Now knighted and a Member of the House of Lords, Lord Bamford has given the Tories a total of £14m in backing since 2001.

Unforgettable is how Johnson once broke through a styrofoam wall with an excavator from Bamford's construction machinery manufacturer JCB, the shovel of which read "Get Brexit Done". Now the Brexit advertiser is said to have paid for part of the wedding, as reported by the newspaper "Mirror". Downing Street declined to comment, saying it was a private matter.

The Telegraph newspaper wrote that Carrie Johnson worked closely with Bamford's wife to prepare. A South African-style barbecue was served to the 200 or so diners, according to the paper, which gleefully quotes from the menu: grass-fed British beef braai boerewors rolls, masa corn tortilla tacos, smoked barbacoa lamb "and something that serves as a 'ancient grain salad'". Photos showed a huge party tent on the site, next to which bales of hay invited people to relax.

It's not the first time Johnson's close ties to wealthy well-wishers have raised eyebrows. In 2019 he vacationed on the Caribbean island of Mustique, and entrepreneur David Ross paid the £15,000 bill. The prime minister also used a Tory donor for the luxury renovation of his official residence in Downing Street - in which Carrie Johnson pushed through gold-colored wallpaper to the ridicule of many Britons. Only after sharp public criticism did the prime minister repay tens of thousands of pounds that entrepreneur David Brownlow had interim financed. In any case, Johnson was puzzled by the accusations that he was mixing private and political life.

His confidants also rejected criticism of the wedding reception at the Bamford estate. Foreign Secretary Liz Truss, who is currently running to succeed Johnson and was therefore absent from the party, dismissed allegations that the prime minister was spending heavily at a time when many Britons were struggling to survive because of skyrocketing living costs. "I think he has the right to enjoy his wedding day and I wish him, Carrie and the whole family the best," Truss said on the sidelines of a campaign appearance.

Photos showed Boris Johnson's father Stanley and sister Rachael arriving at the estate in cars. Political celebrities were also represented: Johnson's closest allies in the Cabinet, Culture Secretary Nadine Dorries and Jacob Rees-Mogg, Secretary of State for "Brexit Options", attended, as did Defense Secretary Ben Wallace and other influential members of the Tories. Boris and Carrie Johnson were married on May 29, 2021 at London's Catholic Westminster Cathedral.

Johnson is the first prime minister to marry while in office in almost 200 years. Because of the Corona rules, only 30 guests could take part at the time. The politician has also been in focus for decades because of his love life. Marrying Carrie is his third. The marriage to Allegra Mostyn-Owen remained childless. He then married attorney Marina Wheeler, with whom he has four grown children. The couple divorced in February 2020, when the prime minister was already dating Carrie, his party's former spokeswoman. It is also known that Johnson is the father of an illegitimate daughter who was born in 2009.

In fact, Daylesford House was even a short-term solution. The party was supposed to be at Checkers, the prime minister's official country residence. Also in order not to endanger the celebration there, Johnson did not immediately resign as prime minister four weeks ago, the media claim to have learned. Because if he is no longer prime minister, Johnson will no longer have access to Checkers. In the end he gave up, the criticism was too loud.

1 "Don't fall into the price trap": Ampel... 2 "No signs of recovery": Material shortages... 3 "Without gas, shelves remain empty": breweries... 4 The lessons of the European Championship in England:... 5 Transfer cracker in Formula 1: Aston Martin spectacularly... 6 The weather week in a quick check: heat wave in August... 7 Secret wedding ?: Lena is said to have said yes again 8 Moon could disturb Perseids: Saturn is particularly... 9 "It used to be hot too": Why weather memories... 10 Saxony: Unknown drive in a lightning burglary jewelry... 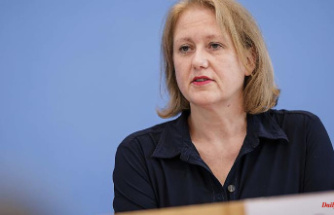 Child poverty is getting worse: Paus: Families have their backs to the wall 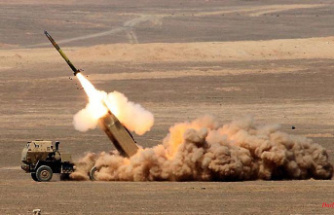 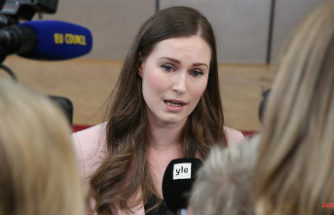