Preparation for the autumn wave: countries are demanding more corona measures from the federal government

In the preparations for an expected next corona wave in autumn, more comprehensive protection requirements for everyday life are coming into focus again. 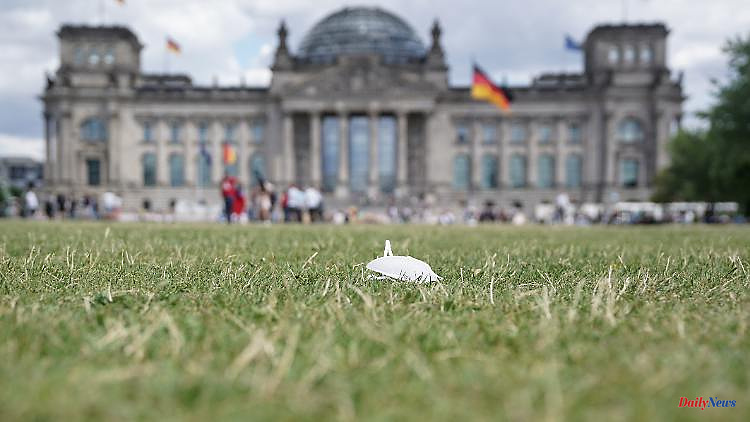 In the preparations for an expected next corona wave in autumn, more comprehensive protection requirements for everyday life are coming into focus again. The pressure on Berlin is growing from the federal states to soon determine greater options for intervention in a critical pandemic situation. Federal Minister of Health Karl Lauterbach supports the thrust. "The federal states must be unleashed in the protective measures," he wrote on Twitter. In addition to a legal basis for this in the Infection Protection Act, a larger vaccination campaign, faster use of medication and more precise data should also be available in the autumn.

In view of the more contagious virus variant BA.5, the Ministry of Health expects a “precarious situation” after the summer, according to department circles. It is like a candle burning at both ends at the same time: on the one hand, not only many, but even very many cases of infection in the population - and on the other hand, many absent nursing staff or doctors are also infected. In order to extinguish this candle, "a broad repertoire of protective measures" will be necessary. The countries should be able to do a lot to be able to react to the situation.

The pressure of the countries:

Lower Saxony's Prime Minister Stephan Weil called for clarity about the legal framework as soon as possible. "The federal government has disarmed the states. We need a decision by mid-September," he said. He would have wished not to run into great time pressure again. Brandenburg's Prime Minister Dietmar Woidke called for far-reaching room for maneuver and clear, uniform rules. "Possibilities at the district level are not enough for me, it's not practicable in a large country," he said.

In the federal government, Lauterbach is negotiating a concept with Justice Minister Marco Buschmann. Because the corona provisions in the Infection Protection Act, which were significantly reduced in spring, primarily at the insistence of the FDP, expire on September 23. They are the legal basis for measures in the federal states and name possible instruments. Most recently, general mask requirements for events or when shopping fell away, as did access rules such as 2G or 3G. The coalition is aiming for an agreement in July. After the summer break, the Bundestag will meet again for the first week of meetings on September 5th and could then pass the law.

Weil said that different instruments must be ready for the winter, the course of which is not yet known. "I take it for granted that sharper instruments would not be used if they weren't necessary. But we shouldn't do that to ourselves if they aren't available when they are necessary." Brandenburg's Health Minister Ursula Nonnemacher told the "Potsdamer Latest News": "Among other things, we need a mask requirement in retail, hygiene concepts and distance rules." Buschmann has announced “a form of mask requirement indoors”.

The next vaccination campaign:

For weeks, the vaccinations have only been splashing along. They should be up to speed in the autumn, also with vaccines that have been adapted to new virus variants. Four preparations are expected, according to the Ministry of Health. The aim is to be able to offer a possibly particularly well-suited vaccine to everyone. The price of this strategy is that much of other vaccines would then expire. Alternatively, one would have to commit to a preparation that might not be optimal given the virus variant.

The other building blocks:

Several practical regulations that Lauterbach has announced are to be implemented in concrete terms. According to the ministry, drug treatments should be used much more frequently for infected people. Doctors should be allowed to dispense the preparation Paxlovid, not just pharmacies. From mid-September, clinics should be connected to a digital reporting system in order to provide up-to-date data on free beds. So far, there are fewer than 100 out of around 2,000 clinics. In the fight against billing fraud in tests, the Robert Koch Institute (RKI) should also carry out plausibility checks. Corona wastewater tests as an early warning instrument are to be expanded from the current 48 to 150 locations nationwide.

Lauterbach is traveling to the USA for six days this week to exchange experiences about the Corona course. It should be about the fall, but also long-term strategies. Appointments with several scientists are scheduled for Wednesday, including Anthony Fauci, the White House pandemic adviser. Talks are planned with US counterpart Xavier Becerra, World Bank President David Malpass, visits to health facilities and to the vaccine manufacturer Moderna. According to ministry circles, work on the concept for autumn should continue during the trip. 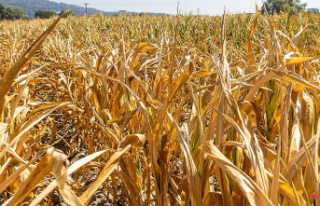 Farmers fear crop losses: Half of the EU area is threatened...