In January, the military seized power in Burkina Faso. 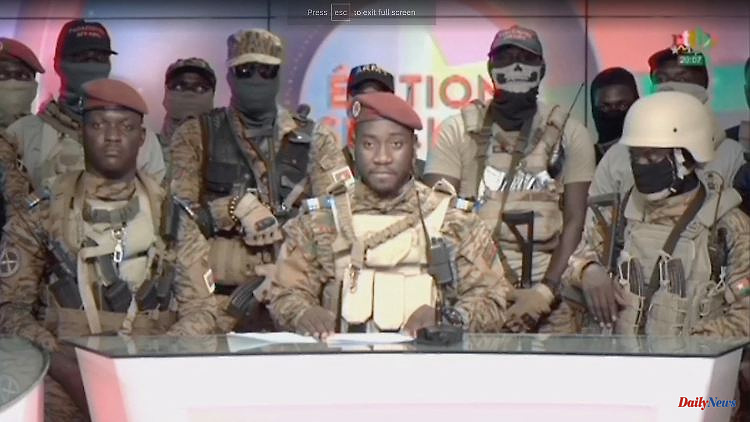 In January, the military seized power in Burkina Faso. Now the resulting president is in turn removed from office by a coup d'état. The putschists are a rival faction within the army.

In West Africa's Burkina Faso, rival military leaders staged another coup eight months after the last coup. According to local media reports, the previous president, Lieutenant Colonel Paul-Henri Sandaogo Damiba, had been relieved of his functions in a television speech by the new rulers on state television RTB. Burkina Faso is now headed by Captain Ibrahima Traoré of the Burkinabe armed forces, it said.

The interim parliament has reportedly been dissolved and the constitution suspended. The borders of Burkina were therefore closed for the time being. The new rulers imposed a curfew until 5 a.m.

Up until the evening, the outgoing President Denimba had announced that he was conducting negotiations with his "brothers-in-arms". At the same time he called on the population to remain calm and prudent. Soldiers had been stationed in central locations in the Burkinabe capital of Ouagadougou since the early morning. They also blocked access to the Presidential Palace. Shots were heard in the capital on Friday night.

The military has ruled Burkina Faso since a coup in January. According to their own statements, the soldiers wanted to ensure more security. Recently, however, the security situation has deteriorated, increasing pressure on Lt. Col. Damiba's interim government. In September, there were two serious attacks on supply convoys in the border region of Mali and Niger, i.e. in the north of Burkina Faso. Dozens of soldiers and civilians were killed.

The political and humanitarian situation in the Sahel country with around 21 million inhabitants has been unstable for years. Armed groups, some affiliated with the Islamic State terrorist group or the al-Qaeda terrorist network, are active there and in neighboring Mali and Niger. Long-lasting droughts and hunger crises are also causing problems for the country, which is impoverished despite rich gold deposits. 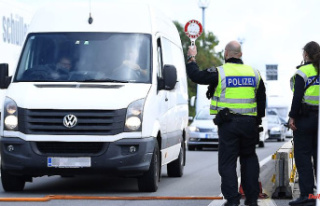