The self-proclaimed People's Republics of Donetsk and Luhansk have been pushing for their union with Russia for years. 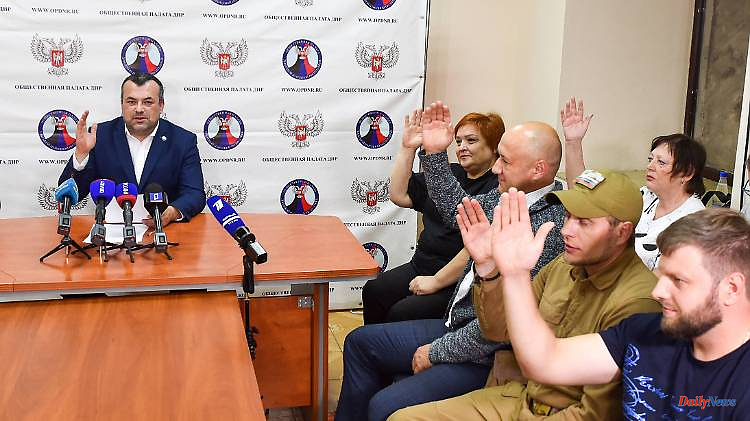 The self-proclaimed People's Republics of Donetsk and Luhansk have been pushing for their union with Russia for years. While Moscow initially reacted with restraint, the desire to join has now been heard. The Kremlin now has good reasons for this, according to the Ukrainian side.

In the face of the advance of Ukrainian troops, a campaign for rapid accession to Russia begins in the Moscow-backed separatist regions of Luhansk and Donetsk. In the so-called Luhansk People's Republic, a body dubbed the "Citizens' Chamber" appealed to the local leadership to hold a referendum on the Anschluss soon. A little later, the Citizens' Chamber in the People's Republic of Donetsk made the same request, the Russian news agency Tass reported. The people in the Cherson region are also demanding a referendum, said the head of administration Kirill Stremoussov, appointed by Russia.

Preparations for such referendums have been underway for a long time both in the separatist republics and in the areas newly conquered by Russia. In Cherson, they were initially postponed to November 4 because of the Ukrainian advances. It is still too early to talk about a date, said the chairman of the Luhansk Civic Chamber, Alexei Karjakin, on Russian television.

The background of the campaign is unclear. The People's Republics of Donetsk and Luhansk have been controlled from Moscow on a very small scale since 2014. So far, however, Moscow has reacted cautiously when there was pressure to join Russia. This time, support for the desire for accession came from the Russian parliament. "It should happen quickly, that's the will of the people," said Duma deputy Viktor Vodolatsky from the Kremlin's United Russia party. The referendums should take place before late autumn.

The Ukrainian head of administration for Luhansk, Serhiy Hajdaj, suspected that the annexation of the Moscow regions would give rise to a general mobilization. According to Moscow, the Ukrainian recapture of Donetsk and Luhansk would then be an attack on Russian territory, he told Radio Svoboda. 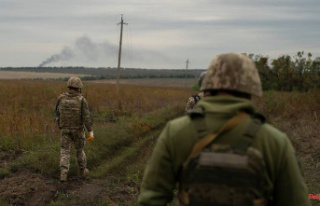