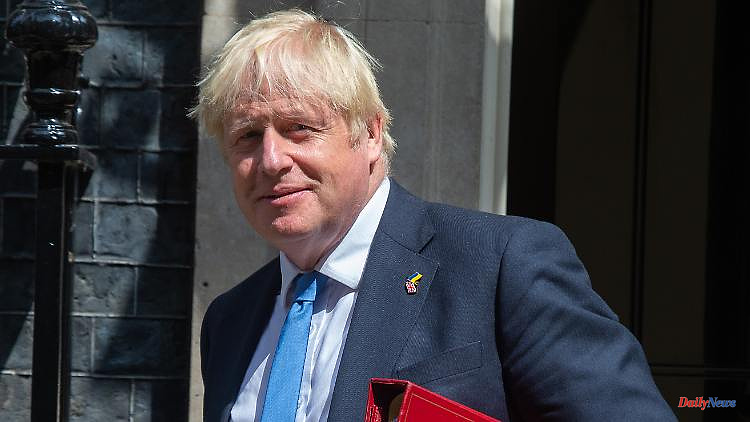 Under massive pressure from his parliamentary group, Prime Minister Boris Johnson announced his resignation. After his farewell speech with a well-known film quote, the Tory is once again celebrated vigorously in Parliament. However, his predecessor does not join in - she stands there with her arms crossed.

Outgoing British Prime Minister Boris Johnson made his farewell with a loud performance at his final Question Time in Parliament. "We have rebuilt our democracy and restored our independence," said Johnson, referring to his political legacy with Brexit. He ended with a quote from the Terminator film series: "Hasta la vista, Baby" (Goodbye Baby) before being greeted with thunderous applause from his fellow party members. It was unclear whether he wanted to use the film quote to indicate a possible return to politics.

The prime minister had previously given his successor some advice: "Stick close to the Americans, stand up for the Ukrainians, uphold democracy and freedom everywhere, lower taxes and deregulate where you can can (...)" said the conservative politician. Johnson's predecessor Theresa May did not join the applause for the prime minister. She stood with her arms crossed between the cheering Tory MPs.

At the beginning of July, Johnson announced his resignation as party leader after massive pressure from his parliamentary group. He intends to remain in office until a successor is elected. It is not yet clear who will succeed him. Eight candidates stood for election in the first round of voting in the conservative parliamentary group. Only those who can get at least 30 votes behind them may move into the next round.

Depending on how many candidates are then left, the selection process will continue on Thursday and in the coming week. The goal is to screen until only two candidates are left. Then the party members decide in a runoff election on the summer. On September 5 it should be clear who will succeed Boris Johnson as Tory party leader and prime minister.

1 No end to bottlenecks: Airbus and Boeing do not have... 2 Our false fear helps Putin: stop the gas scaremongering! 3 More money in the account from July: That's why... 4 "Zero understanding": Salihamidzic and his... 5 "It's a decision": Carlsen doesn't... 6 Eleven injured, three arrested: Another brawl in the... 7 "Kitty makes a break": Daniela Katzenberger... 8 Saxony: Entering the forests in Saxon Switzerland... 9 Hesse: Garbage cans set on fire: 130,000 euros in... 10 North Rhine-Westphalia: Heavy rain at night: local... 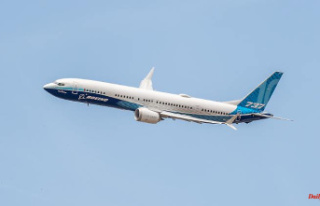 No end to bottlenecks: Airbus and Boeing do not have...