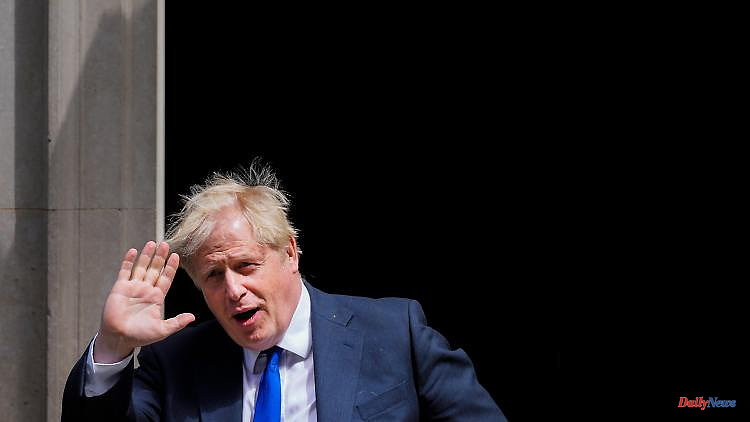 Within just one day, British Prime Minister Johnson lost large parts of his government team: numerous ministers gave up. Those who remained visit him at the seat of government, and some call on Johnson to resign. But he refuses - and throws out a minister.

Despite massive calls for his resignation from his own party and government, British Prime Minister Boris Johnson still appears unwilling to step down. "The Prime Minister is in an optimistic mood and will fight on," Johnson's parliamentary assistant James Duddridge told Sky News on Wednesday evening. Johnson got the mandate of 14 million voters in the last general election and "so much to do for the country". A number of cabinet members had previously suggested that the prime minister step down from office. Several ministers also gave up their posts, and dozens of conservative MPs resigned from their government and parliamentary group offices in protest against Johnson.

Johnson had received several ministers on Wednesday evening who urged him to resign. However, he reportedly refused, warning of chaos and a defeat for the Conservative Tories in the next general election. Nothing seems to be left of the former unity in their own ranks: within two days, more than 40 MPs resigned from their government offices in protest against the prime minister's policies and leadership style, including Finance Minister Rishi Sunak and Health Minister Sajid Javid. Minister Simon Hart, responsible for Wales, followed on Wednesday evening.

General Counsel Suella Braverman is one of a group of cabinet members who have urged the prime minister to resign without giving up his own posts. She not only called for Johnson's resignation, but also offered to be his successor. "If there is an election for party leader, I will apply," Braverman told ITV.

Housing and Works Secretary Michael Gove was fired by Johnson. He too had asked the prime minister to leave. Initially, the newly appointed Chancellor of the Exchequer Nadhim Zahawi, Home Secretary Priti Patel, Transport Secretary Grant Shapps and Economy Secretary Kwasi Kwarteng were not sacked, although they are said to have all called for Johnson's resignation.

For Johnson, who has already endured a number of crises and always retained his power, the end of the road could be reached by next Tuesday at the latest. Until then, an influential committee that sets the rules for voting out the Tory party leader wants to clear the way for a second no-confidence vote. Johnson narrowly survived a no-confidence vote in his group just a month ago. Under Tory party rules, no new attempt to overthrow the leader can be made for 12 months after the vote. A rule change would mean that a new vote of no confidence would be possible as early as next week. It is considered likely that Johnson will lose this time.

The most recent government crisis in Westminster was triggered by an affair involving Johnson's party colleague Chris Pincher, who is accused of sexual harassment. It was previously revealed that Johnson knew about the allegations against Pincher before he promoted him to a key faction position. His spokesman had previously denied this several times. 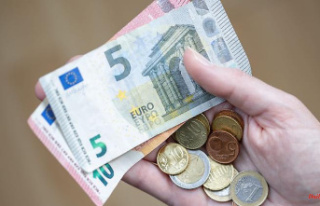