In October, the Crimean Bridge - Russian President Putin's prestige project - is severely damaged by an explosion. 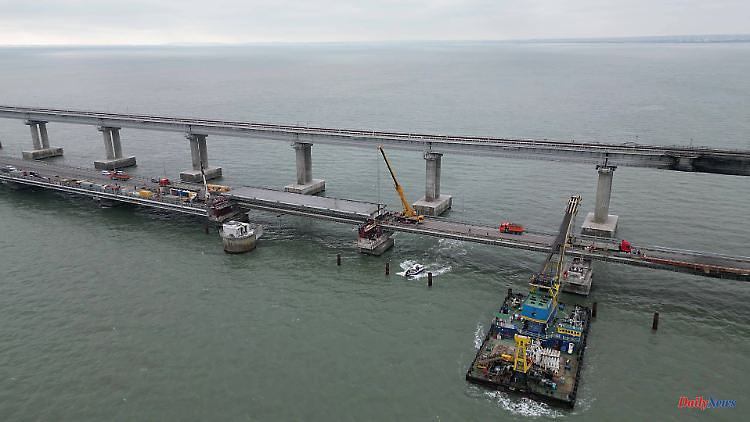 In October, the Crimean Bridge - Russian President Putin's prestige project - is severely damaged by an explosion. And the repair could go on for a long time, writes the British Ministry of Defense. With consequences for Russian war logistics.

According to British intelligence experts, the repair of the damaged bridge to the Russian-occupied Ukrainian Black Sea peninsula of Crimea could take almost a year. "Russian efforts to repair the Crimean bridge continue, but it is unlikely to be fully operational before September 2023," the Defense Ministry's daily Ukraine War Intelligence Update said.

According to a briefing to Russian President Vladimir Putin, work on the road bridge would restrict traffic until March 2023, the British experts said. The repair of the railway line was contractually agreed until September 2023. One track is currently usable, but train traffic is still restricted. In the winter months, the repair work will also depend heavily on the weather conditions.

The bridge, which is important for the supply of the Russian invasion troops in Ukraine, was severely damaged by an explosion on October 8th. Russian logistics supplies to Crimea and southern Ukraine have since been severely restricted - as has Russia's ability to move military equipment and troops into the area by rail or road.

Ukraine has repeatedly declared that it will take back Crimea, which Russia has occupied since 2014. Drones have been shot down there again and again for months. The bridge to Crimea, built by Russia in record time, was a prestige project of Russian President Vladimir Putin.

1 Künast criticizes actions: "Last Generation"... 2 Don't accept any deaths: the sister of the killed... 3 According to media reports: Shock for Mané: Bayern... 4 People feel powerless: According to the study, Germans... 5 Noticeable as far as Rome and South Tyrol: Strong... 6 First broadcast 20 years ago: DSDS was the big stage,... 7 'Wanted to have more kids': Aaron Carter's... 8 "Farmer is looking for a wife": frustration... 9 "Used too lightly": Meghan fumes about the... 10 "I've always taken risks": New friend:... 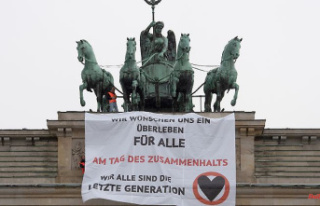