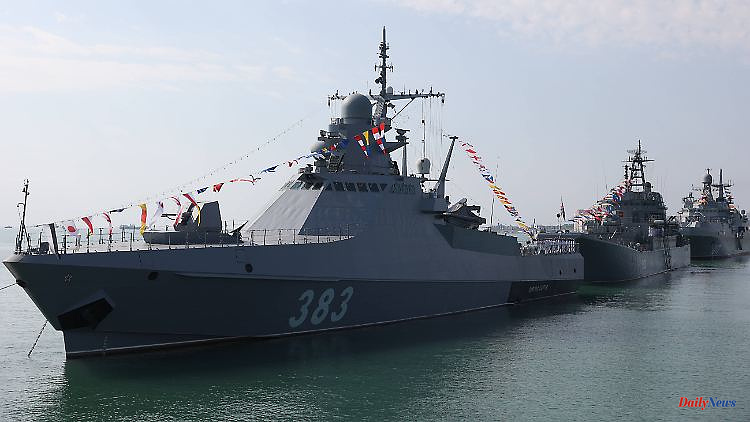 Ukraine has repeatedly attacked the Russian Black Sea Fleet with drones. As a consequence, the Kremlin withdraws several submarines from Sevastopol and relocates them to Novorossiysk. Then there are explosions. For the British Ministry of Defense a sign of how vulnerable Moscow's navy is.

"Not all the details of this incident are known yet," the ministry said. "Any demonstration that Ukraine has the ability to threaten Novorossiysk would pose another strategic challenge to the Black Sea Fleet. It would also further undermine Russia's already reduced maritime influence in the Black Sea," the statement said.

Media had reported that a Ukrainian drone had probably attacked a terminal of the oil company Transneft on the night of November 18. The company denied the reports. After Ukraine attacked the Russian base of Sevastopol on the annexed peninsula of Crimea, the Russian Navy moved several submarines to Novorossiysk.

The fact that this port is now also accessible to the Ukrainians is also a threat to Russian landing ships stationed there, it was said in London. These ships have taken on a more important role in supplying Russian forces in Ukraine since the Kerch Bridge was damaged in October.

1 Huge "carrot": Man catches gigantic goldfish 2 "Not satisfied with me": Günther Jauch... 3 Gottschalk in the criticism: Why "Wetten, dass...?"... 4 Survive times of crisis: How to keep your securities... 5 Diabetes and fatty liver: Even a small amount of sugar... 6 Saxony-Anhalt: 650 cases of influenza in Saxony-Anhalt... 7 Mecklenburg-Western Pomerania: Unknown damage Wiekhäuser:... 8 Traffic light alone in duty: Budget 2023 is full of... 9 More sanctions than planned: Union and traffic lights... 10 System change instead of climate protection: the Office... 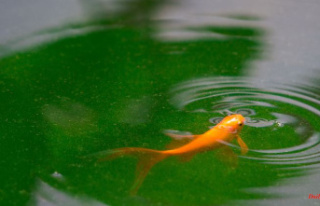