Propaganda or real battles?: Mystery of gunfire in Cherson

On Saturday evening, armored personnel carriers drove into downtown Cherson and, according to Russian sources, engaged in a battle with unspecified attackers. 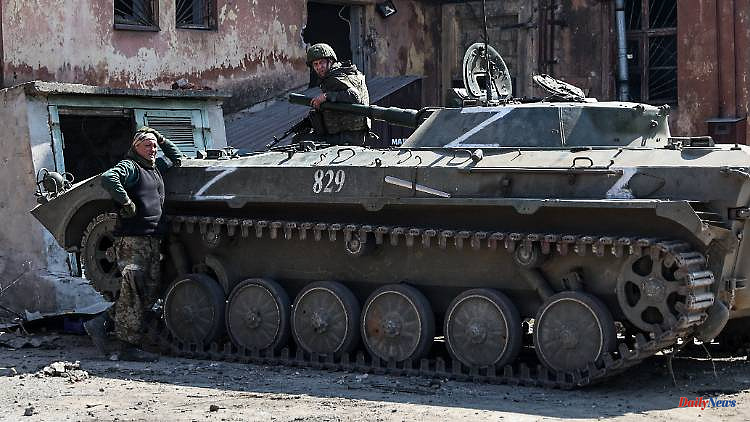 On Saturday evening, armored personnel carriers drove into downtown Cherson and, according to Russian sources, engaged in a battle with unspecified attackers. Ukraine accuses the occupiers of indirect fights in order to turn the population against Ukrainian troops.

After the release of video of fighting in the Russian-held southern Ukrainian city of Kherson, Russia and Ukraine have blamed each other for the attacks. Russian state media Vesti-Crimea released a video on Saturday evening showing gunfire around two armored vehicles near the Kherson train station.

"In the center of Kherson, there was a clash between (...) Russian forces (...) and an unidentified group of people," the Russian-appointed administration in Kherson said later in the evening via Telegram. After a brief skirmish, the attackers were "destroyed".

A spokeswoman for the Ukrainian army said on Sunday morning that the shots and explosions in Cherson were "provocations by the (Russian) occupying forces". She had already warned that Russian provocations were planned "between September 17 and 20 in the south" of Ukraine in order to "damage the image of the Ukrainian armed forces".

Ukraine's presidential adviser Mykhailo Podoliak blamed the clashes on "growing tensions" between pro-Russian groups. The occupiers were preparing to flee in the face of the advance of the Ukrainian army, he said.

An occupier official in Kherson said Sunday morning that the city was "quiet" again. Kyiv "tried to attack but to no avail," he added. In recent weeks there has been a series of targeted attacks on occupation officials in Kherson and other occupied areas.

As part of a counter-offensive in recent days, Ukraine has succeeded in recapturing occupied areas, primarily in the north-east, but also in parts in the south of the country. Ukrainian authorities spoke of 6,000 "liberated" square kilometers. In particular, in the Kharkiv region in the north-east, Russian troops had been forced to retreat.

1 The federal government should pay energy costs: Greens... 2 Kyrgyzstan versus Tajikistan: Putin wants to mediate... 3 Is the Kingdom Crumbling?: What the Queen's Death... 4 Because of corruption: EU Commission wants to cut... 5 Municipal suppliers in need: Söder and Weil are calling... 6 The SPD, the crisis and the election: "We're... 7 "Fear is spreading": More and more residential... 8 Despite the threat of recession: German industry with... 9 Trust destroyed: Because: "Nord Stream 2 will... 10 IPO on September 29: VW wants to offer Porsche shares... 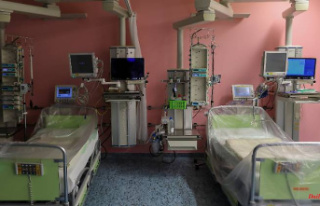