And again the word election fraud is mentioned: According to ex-President Trump, the midterms are not going according to the rules everywhere. 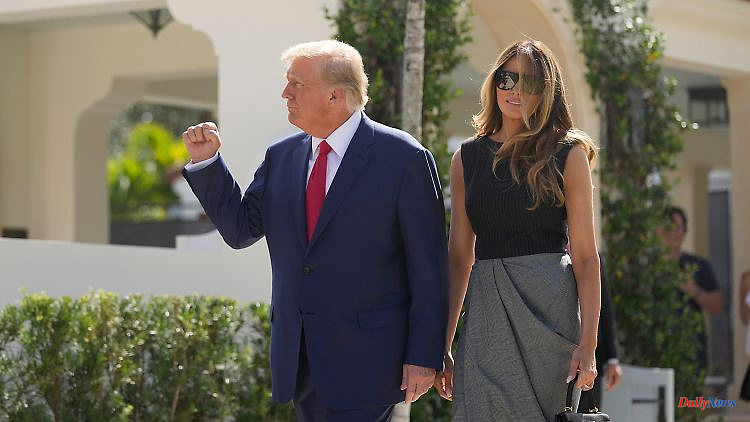 And again the word election fraud is mentioned: According to ex-President Trump, the midterms are not going according to the rules everywhere. He is already trying to initiate protests in his own social network. Authorities in Arizona report that problems with the voting machines do not affect the vote count.

On the day of the midterm elections in the United States, former US President Donald Trump complained about alleged irregularities in voting - and called for protests. In Detroit, voters at the polling station were told that they had already voted: "This is happening in large numbers, also elsewhere. Protest, protest, protest!" Trump wrote on the social media platform Truth Social, which he co-founded - without evidence present his allegations. Also, electronic voting machines would allegedly not work in conservative districts of the embattled state of Arizona.

Arizona is considered a key state for the outcome of the election. According to Maricopa County authorities, about one-fifth of the machines have problems. You assure that all votes will still be counted. According to the authority, it set up "secure boxes" in which the ballot papers would be kept until they were counted.

In a steady stream of posts, Trump continued to spread allegations of alleged midterm election fraud without any evidence, including writing, "Is the same thing happening to election fraud as in 2020???" and "The people will not tolerate this!!"

According to his own statements, he had previously given his vote to Florida Governor Ron DeSantis. The 76-year-old arrived with his wife Melania at the Palm Beach polling station near his Mar-a-Lago, Florida home. When asked by a reporter if he voted for DeSantis, Trump said, "Yes, I did."

The 44-year-old DeSantis is considered a possible presidential candidate for 2024 and Trump's biggest internal competitor, who repeatedly hints at his own candidacy and most recently promised a "very big announcement" for November 15. To this day, Trump refuses to admit his defeat in the 2020 election to Democrat Joe Biden and continues to spread claims that massive voter fraud robbed him of a victory. As a result, on January 6, 2021, the Capitol in the US capital Washington was stormed by Trump supporters. Several people died.

The midterms in the middle of President Joe Biden's four-year term will see a majority vote in Congress. All 435 seats in the House of Representatives and 35 of the 100 seats in the Senate are up for election. Decisions are also made on numerous governorships and other important offices.

Biden's Democrats are at risk of losing their majority in Congress, which would severely limit the president's political leeway. According to polls, the Republicans were given a good chance of taking over the majority in the House of Representatives. Head-to-head races for several seats were expected in the Senate, which is currently tightly controlled by the Democrats. If the Republicans take control of Congress, the second half of Biden's term in office is likely to be characterized by deadlock, the inability to reform, and partisan struggles. Due to a few tight races, the outcome of the elections could, according to some experts, only be known after several days or even weeks.

The United States has never really calmed down since the turbulent 2020 presidential election and the violent attack on the Capitol by Trump supporters. Biden's hopes of reuniting the country after taking office were dashed. The political atmosphere is extremely tense. Shortly before the election, a brutal attack on the husband of top Democrat Nancy Pelosi increased fears of politically motivated violence. The political camps are more irreconcilable and sometimes hostile than ever and have fundamentally different plans in various policy areas - for example with regard to migration, social security systems and abortion rights.

The midterms could also have consequences beyond the borders of the USA. The Republicans in the House of Representatives have threatened to slow down or even block the massive US aid to Ukraine if they win the Chamber of Congress. That would have the potential to sway the course of the war in Russia's favour. However, observers suspect that the threat is more of an attempt to build up pressure in order to wrest a concession from the Democrats elsewhere. 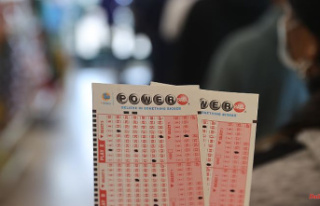