At least 53 people are killed in a suicide attack in a Kabul school. 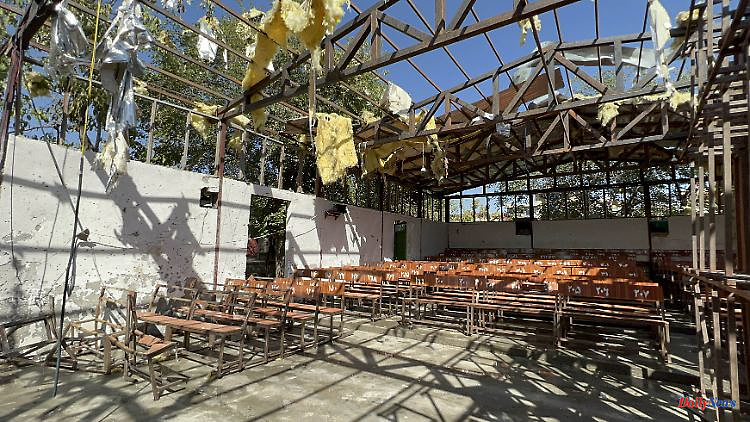 At least 53 people are killed in a suicide attack in a Kabul school. Since the attack, Afghan women have taken to the streets demanding the right to education for all and an end to the persecution of the Shia Hazara. The Taliban met the protests with violence.

According to media reports, people took to the streets in Afghanistan for the third day in a row after the deadly attack on a school in Kabul. Most of them were women. Demonstrations initially took place in the provinces of Kabul, Balkh, Herat and Bamyan. The protesters called for women to be given the right to education and for an end to the persecution of Shia Hazara. The Taliban used violence against the protests, as reported by local media.

According to the United Nations, 53 students were killed in an attack on a private school in Kabul on Friday. 110 others were injured. Most of the victims were girls and young women. The incident took place in the Dashte Barchi district, which is mostly populated by the Hazara. No one has known about the attack so far.

The Taliban, who have been back in power in Afghanistan since August 2021, cracked down on the demonstrators. There were reportedly shots, beatings and arrests. Demonstrators were dragged away by security forces. Female students from Mazar-i Sharif reported being detained in their dormitory by the Taliban. Video footage posted on Twitter shows the women trying to get out of the building. In Herat, a student told local media that male students were not even allowed to take part in the protests.

The Taliban have closed schools for girls from the seventh grade. However, universities and some private schools are still open to women.

Journalists also spoke of repression during the protests. In many places they were not allowed to report and were threatened, it was said. The website of the daily newspaper "Hasht-e-Sobh Daily" was blocked according to its own statements. Amnesty International condemned the Taliban's actions and spoke of an "attack on the free press, freedom of expression and freedom of assembly". Demonstrations also took place outside of Afghanistan after the attack. The hashtag "StopHazaraGenocide" has been shared more than a million times on Twitter.

1 A festival, not a jubilee celebration: Many anxious... 2 Because of crypto advertising: Kim Kardashian has... 3 Expert: "Too big to fail": Credit Suisse... 4 Incident 2019 revelations: Did Harry turn down reconciliation... 5 Because of unfulfilled music request: Turkish musician... 6 North Rhine-Westphalia: Dispute over bag escalates... 7 Hesse: Pilot dies after a small plane crash 8 Bavaria: Illegal car race ends with two seriously... 9 Accident in Bratislava: drunk drives into the bus... 10 Singer defends himself legally: Stalkerin has been... 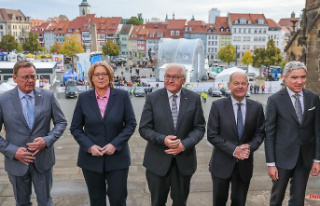 A festival, not a jubilee celebration: Many anxious...