Protests against partial mobilization: More than 1000 arrests across Russia

After the partial mobilization, the Russian authorities warned opponents of the war as a precautionary measure: they could face 15 years in prison. 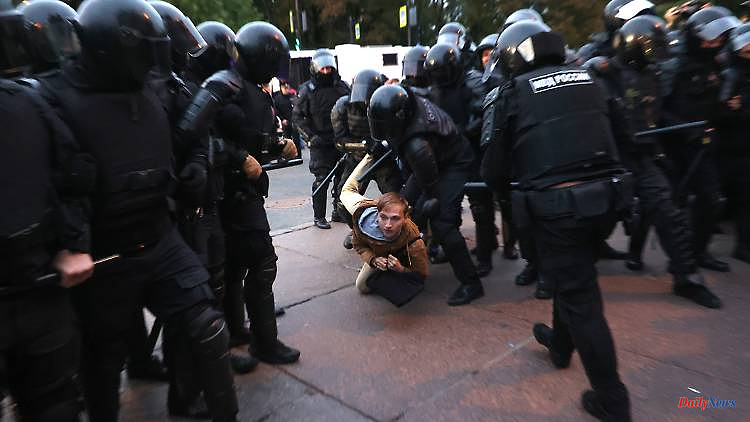 After the partial mobilization, the Russian authorities warned opponents of the war as a precautionary measure: they could face 15 years in prison. Nevertheless, people are taking to the streets in several Russian cities. Activists report more than 1,000 arrests.

According to activists, more than 1,000 people were arrested nationwide during demonstrations against partial mobilization in Russia. At least 1,054 arrests were made during spontaneous protests in at least 38 cities on Wednesday, according to the organization OVD-Info, which documents arrests in Russia. These are the largest protests in Russia since the demonstrations that took place at the end of February after the start of the Russian military operation in Ukraine.

Journalists from the AFP news agency observed dozens of arrests in the capital Moscow and in the second largest city, St. Petersburg, in the evening. At least 50 people were arrested on a shopping street in central Moscow, AFP reporters observed. In downtown St. Petersburg, police filled an entire bus with detainees.

The demonstrators shouted "No to war" and "No to mobilization". "Everyone is afraid," said the demonstrator Vasily Fedorov in St. Petersburg. "I'm for peace and I don't want to have to shoot." But it is "very dangerous" in Russia to take to the streets for these demands - "otherwise there would have been many more people."

"Why are you serving Putin? A man who has sat on his throne for 20 years," another protester shouted at police officers. "I'm afraid for myself and for my brother, who is 25 years old and has done his military service," said student Oksana Sidorenko. "He can be drafted."

Russian President Vladimir Putin had announced in the morning a partial mobilization of Russians of military age. According to Defense Minister Sergei Shoigu, around 300,000 reservists are to be sent to reinforce the Russian and separatist forces in eastern and southern Ukraine. According to Shoigu, up to 25 million people could be mobilized - this is the total number of reservists in Russia.

In the face of massive state repression in Russia, the demonstrators are taking a big risk. In the capital Moscow, for example, the authorities warned against participation even before the start of a planned demonstration: the public prosecutor threatened people with up to 15 years in prison. Since the beginning of the war against Ukraine almost seven months ago, the Russian government has been taking tough action against members of the opposition and opponents of the war, including stricter laws.

The Kremlin opponent Alexei Navlany, who was imprisoned in the penal camp, said in a court appearance that President Vladimir Putin's "criminal war" was taking on ever worse proportions. Putin wants to draw as many people as possible into the bloodshed in Ukraine, Navalny said at a hearing about his rights as a prisoner. "In order to prolong his own power, he is tearing apart the neighboring country, killing people there. And now he is throwing a huge number of Russian citizens into the meat grinder," said Navalny.

According to a statement by Navalny's spokeswoman Kira Jarmysch, the politician criticized the fact that uninvolved reservists were being drafted for the war instigated by Putin, but that the Kremlin was not sending the million-strong army into battle. "One thing I don't understand. The army has a million people, the national guard 350,000 and the interior ministry has another one and a half to two million - and so many in the prison system. Why are they drawing in citizens?" Navalny asked.

1 Dow Jones closes in the red: Fed spoils the mood for... 2 Baden-Württemberg: motorcyclist seriously injured... 3 How to Have a Good Credit Score, The Importance of... 4 "Summer House of the Stars" - Episode 5:... 5 Baden-Württemberg: Grün-Schwarz pays an energy price... 6 Saxony: Chemnitz is only missing two wins for the... 7 Crown Prince in the role of mediator: Separatists... 8 "Most humiliating moment": Margot Robbie... 9 Soldiers "poorly prepared": reservists'... 10 Punishment of Russia demanded: Selenskyj: "Radiation... 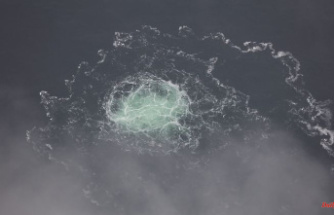 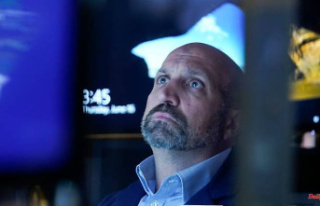 Dow Jones closes in the red: Fed spoils the mood for...