Despite massive intervention by the security forces, people continue to take to the streets in China. 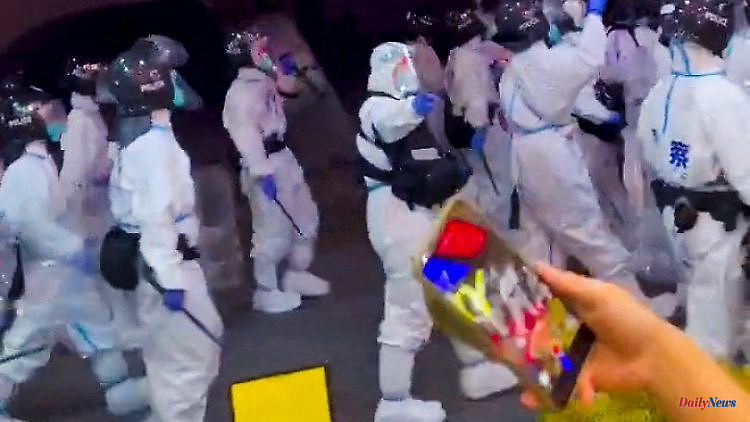 Despite massive intervention by the security forces, people continue to take to the streets in China. There are clashes between demonstrators and police officers in the city of Guangzhou.

There have been renewed clashes between demonstrators and police in China. According to eyewitnesses and according to video recordings, objects were thrown at police officers in the southern Chinese city of Guangzhou at night. There were also several arrests.

In China, as a result of the zero-Covid policy and the associated lockdowns, there has been a nationwide wave of protests, including in Beijing and Shanghai. It's the biggest wave of protests in decades. In Guangzhou, people also took to the streets at night, but security forces advanced in a chain against the demonstrators.

Video footage posted online showed police officers being thrown at them on a street in Haizhu District, and glass shattered on the ground next to them. People screamed and later nearly a dozen men were taken away with their hands tied.

The majority of Guangzhou's corona cases have been reported in the Haizhu district, which has a population of more than 1.8 million. Large areas of the district have been in lockdown since the end of October. In November, demonstrators had already broken through roadblocks in the city to protest the corona restrictions.

The demonstrations against the Corona policy in China in the past few days have also developed into open protests against the leadership in Beijing. In response to the protests, Beijing massively increased the police presence in major cities. AFP journalists reported on Tuesday hundreds of patrol vehicles and officers on the streets of the capital Beijing and Shanghai.

In view of the protests, the country's leadership had threatened to crack down on new unrest. The Communist Party's Politics and Law Commission also blamed "hostile" elements for the disturbance of public order, state media reported.

"It is necessary to resolve conflicts and disputes in a timely manner and to help solve people's practical difficulties," the Xinhua news agency said in a statement after a commission meeting the previous day. "We must, by law, crack down on infiltration and sabotage by enemy forces." "Criminal actions that disturb the social order" would also have to be pursued and general social stability effectively maintained. 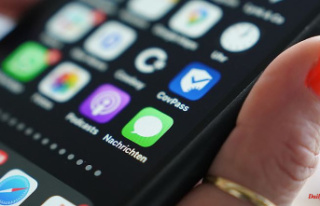