Protests in China soar: Anger at zero-Covid is just the beginning

Sparked by a lockdown fire, protests against the country's strict zero-Covid policy are growing in China. 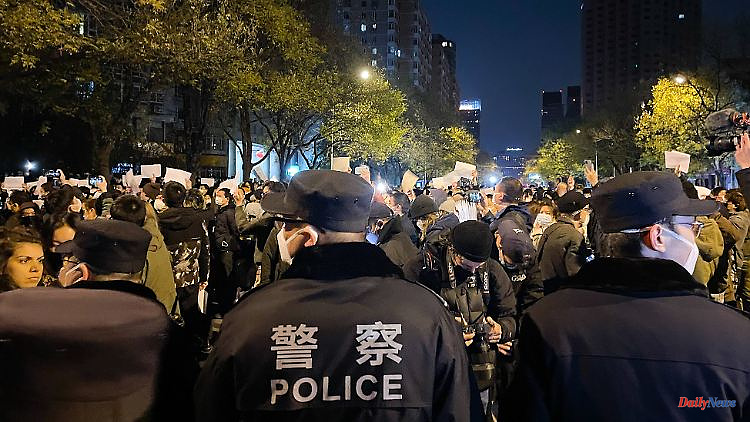 Sparked by a lockdown fire, protests against the country's strict zero-Covid policy are growing in China. But there is much more behind the anger of the citizens: in many places, voices are being raised against the entire political system. According to one expert, the "boiling point has been reached" for the people.

Frustration at Beijing's unrelenting zero-Covid policy has driven protesters onto the streets, but the unusually broad protest also reveals deep dissatisfaction with the political system. "The fascinating thing about these protests is that the focus quickly shifted from the Covid lockdown to larger political issues," writes US political scientist Maria Repnikova on Twitter.

The trigger for the demonstrations in many Chinese cities over the weekend was a deadly house fire in Urumqi in the northwest. The lockdown due to Corona hindered the rescue of the residents, the accusation is. For months, the Chinese have been suffering from unbearably long lockdowns and constant mass testing.

Those hoping for a relaxation of the zero-Covid strategy from the Communist Party Congress in October have been disappointed. On the contrary: the measures have been tightened since then. This fueled popular anger. "People are at boiling point because there is no clear way to end the zero-Covid policy," says Alfred Wu Muluan, an expert on Chinese politics at the National University of Singapore (NUS). "People feel compelled to take matters into their own hands," said Yasheng Huang of the Massachusetts Institute of Technology on Twitter.

Soon, in addition to calls for an end to the strict pandemic policy, there were also calls for political change. "Xi Jinping, resign! Down with the Communist Party," chanted some demonstrators in Shanghai, directly attacking the head of state and party. Students at Beijing's elite Tsinghua University demanded "democracy, the rule of law and freedom of expression." "Freedom of art" and "freedom to write" were demands of other protesters in Beijing on Sunday evening. Across China, protesters held up blank sheets of paper - a symbol of censorship.

"I can't recall any public protests directly demanding press freedom in the last two decades," tweeted political scientist Repnikova. The demonstrators organized themselves via the Internet and tried to outwit the censors with creative tricks. "They are very young and the anger from below is very, very strong," says China expert Wu.

What should particularly frighten the party leadership is the demonstrators' anger at the leadership. This brings back memories of the pro-democracy mass demonstrations of 1989, which were brutally suppressed. "Both in scale and intensity, this is the largest protest by young people in China since the student movement of 1989," says political scientist Willy Wo-Lap Lam. "In 1989 the students were very careful not to attack the party leadership by name. This time they spoke out very specifically and called for a change in the leadership."

Lam finds the breadth of the protest - from elite universities in Beijing to central Chinese cities like Wuhan and Chengdu - remarkable. There have also been isolated demonstrations in the People's Republic in the past, but they were directed against local abuses. "These protests are now targeting the central government because people understand that zero-Covid is a central policy," said Mary Gallagher, director of the Center for China Studies at the University of Michigan.

How Beijing will react to the protest is unclear. On Monday evening, a large police force prevented further demonstrations in Beijing and Shanghai, and Internet censorship was tightened. Peter Frankopan, a history professor at Oxford University, describes the role of the police as delicate. "There will be considerable sympathy for the demonstrators, especially among younger officers. So there are risks involved in giving a tough call," he says. The leadership will likely be forced to address the unrest publicly. "Sooner or later, Xi or other high-ranking politicians will have to speak out," says political scientist Lam. Frankopan doesn't expect the protest to end quickly: "I have the impression that the dissatisfaction is getting bigger rather than smaller." 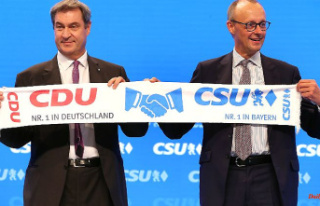