The German government's tough course against Russia is met with incomprehension by many people. 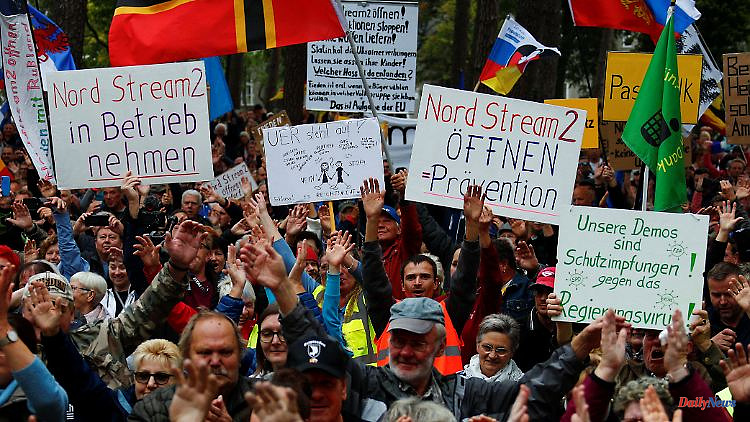 The German government's tough course against Russia is met with incomprehension by many people. Around 3,000 demonstrators are venting their anger in Lubmin in western Pomerania. They demand the opening of Nord Stream 2, affordable energy and the lifting of sanctions against Moscow.

Around 3,000 people demonstrated in Lubmin in western Pomerania for the opening of the German-Russian gas pipeline Nord Stream 2 and for affordable energy. The organizers had expected around 5,000 people. The rally was peaceful until late afternoon, a police spokesman said. According to reports from the NDR, there were almost fisticuffs when four people with Ukraine flags and posters reading "Russia Is A Terrorist State" lined up in front of the stage. Accordingly, the pro-Ukraine activists were finally pushed back, after which the mood relaxed.

Nord Stream 2 runs from Russia to Mecklenburg-West Pomerania. The gas pipeline has been completed, but after the Russian attack on Ukraine, the federal government ruled out putting it into operation. Russia is currently no longer sending gas to Germany via the Nord Stream 1 pipeline, which runs largely in parallel, and refers to technical reasons. The Federal Government considers this justification to be a pretense.

At the rally under the motto "So that our homeland has a future - finally open Nord Stream 2", organized by Martin Klein from the party "Die Basis", speakers also called for the end of the sanctions against Russia and the resignation of the federal government, like the NDR reported. Pictures showed how participants waved Russian flags and carried placards with the inscription "We are the people". Signs reading "Our government must go" and "Red-Yellow-Green to the Eastern Front" could also be seen.

The Rostock political scientist Wolfgang Muno said at the weekend that there were justified fears behind the increasing protests in the current energy crisis. For example, entrepreneurs feared for their businesses. However, the fears were mixed with demands that he saw as impossible - for example for an end to the sanctions against Russia or the opening of Nord Stream 2. With a view to the protests, Muno said: "Is this going to be a mass movement? It's difficult to say. But I don't see that yet."

The demand from local politicians in the northeast to put Nord Stream 2 into operation is “basically cheap populism”. With such demands, which he believes to be unrealistic, you are fishing on the "murky edge of the right," said the scientist. Why should gas flow through Nord Stream 2 when Russia no longer even supplies through Nord Stream 1, Muno asked. "Russia is turning off the gas tap and is showing that it is simply no longer a reliable trading partner." The decoupling from Russian dependencies has become "without alternative". 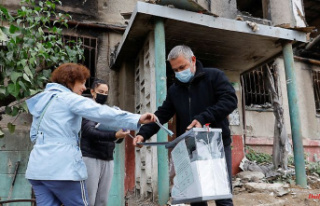