Putin and Erdogan in Sochi: They disagree on one issue

The Russian and Turkish heads of state celebrate their political solidarity in Sochi. The Russian and Turkish heads of state celebrate their political solidarity in Sochi. But at the meeting between Presidents Erdogan and Putin not only feel-good issues are on the agenda. Ankara's actions in Syria have met with little approval from the Kremlin.

At his meeting with Turkish President Recep Tayyip Erdogan, Russian President Vladimir Putin spoke out in favor of signing an agreement to strengthen economic cooperation between the two countries. "I hope that today we can sign a memorandum on the development of our trade and economic relations," Putin said at the meeting in the Russian Black Sea port of Sochi.

"I believe that (today's meeting) will turn a whole new page in Turkish-Russian relations," Erdogan said. He added that the conflict in Syria will be discussed in particular. Turkey already occupies areas in northern Syria and justifies a renewed military offensive with a "terrorist threat" on the part of the Syrian Kurdish militia YPG, which Ankara regards as a terrorist organization. At the last meeting between Erdogan and Putin in mid-July, the Russian president made it clear that he rejected Turkey's plans.

Before the meeting of the two heads of state, Kremlin spokesman Dmitry Peskov warned Turkey against destabilizing Syria through a new military offensive. "For security reasons, Turkey has legitimate interests that we naturally take into account," said Peskow. However, it is "very important not to allow any measures that could lead to a destabilization of the situation in Syria or endanger Syria's territorial and political integrity". Moscow and Ankara are pursuing very different interests in Syria. While Russia supports the Syrian ruler Bashar al-Assad, Turkey is on the side of some rebel groups.

The meeting in Sochi is also about Ukraine. Putin thanked Erdogan for his mediation in the conflict over grain exports across the Black Sea and for a "package solution for the trouble-free delivery of Russian food and fertilizers to world markets" that was agreed with the UN. Agricultural exports via the Ukrainian Black Sea ports had recently been blocked for months because of the Russian war of aggression.

War opponents Ukraine and Russia signed an agreement separately with Turkey on July 22, through UN mediation, to allow grain exports from Ukraine from three ports. As part of the agreement, the UN and Russia also signed a separate memorandum of understanding. According to UN information, this provides for the promotion of the export of Russian food and fertilizers.

Putin also praised the Turkstream pipeline from Russia and Turkey. It is not only one of the most important supply arteries in Europe, but also works "unlike other directions of our carbon supplies without disruption, dynamically and without failures," said the Kremlin chief, referring to the gas supply volumes for the Nord Stream 1 pipeline that have been reduced since June. 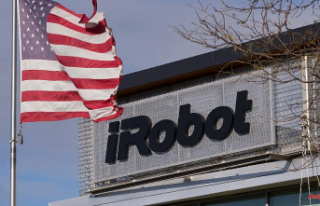