"Putin can't hold out": Habeck sees the end of the Russian economy soon

The German Economics Minister is certain that the international sanctions will hit Russia hard. 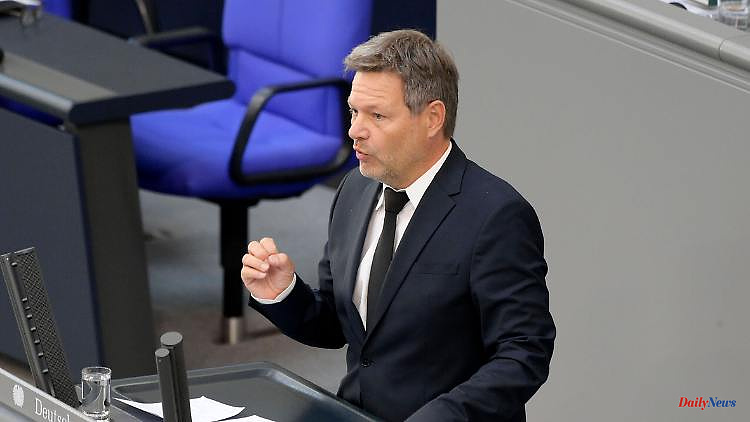 The German Economics Minister is certain that the international sanctions will hit Russia hard. Revenue from the oil and gas business didn't change that either. Time is working against Moscow, says Habeck.

Russia is increasingly under economic pressure. According to the words of Federal Minister of Economics Robert Habeck, the country will soon be at the end of its economy. President Vladimir Putin could perhaps still supply the army with domestic products such as oil or wheat, said the Green politician in the Bundestag budget debate. But the country's economy collapsed dramatically. "He can't keep this up much longer."

Because of the sanctions, Putin can no longer buy himself from the oil or gas revenues. "There are no security updates for the planes, with the consequence that the planes will soon be grounded." Trade with neutral or even pro-Russian countries is also declining significantly. "Time doesn't work for Russia, it works against Russia."

It is indeed shameful that Germany is still buying Russian energy, said the economics minister. But the German economy and the German population still have a significant share in the pressure on Russia. You carry this about the high energy prices.

The Economics Ministry in Moscow said on Wednesday that the Russian economy shrank by three percent in April. The reason for this is the Western sanctions and weak consumer demand. In March there would have been an increase of 1.3 percent.

The EU countries agreed on new sanctions against Russia earlier this week. However, Hungary has so far blocked the European Union's sixth package of sanctions. According to diplomats, Hungary insists that the head of the Russian Orthodox Church, Patriarch Kirill, be removed from the list of sanctioned people. Kirill maintains close ties with Putin and supports the Russian attack on Ukraine.

After weeks of resistance from Hungarian Prime Minister Viktor Orban, the EU heads of state and government agreed in principle on new punitive measures, including an embargo on imports of Russian oil. Hungary, which is dependent on Russian energy supplies, managed to get oil deliveries by pipeline initially exempted from the import ban.

According to Russia, the EU oil embargo will destabilize the markets. "Brussels and its political sponsors in Washington bear full responsibility for the risk of deterioration in the world food and energy situation caused by the European Union's unlawful actions," the Russian Foreign Ministry said. 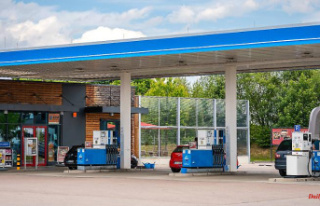 Tax cut fizzled out?: The fuel price is rising again