"Putin does what he wants": FDP puts pressure on the use of nuclear power plants 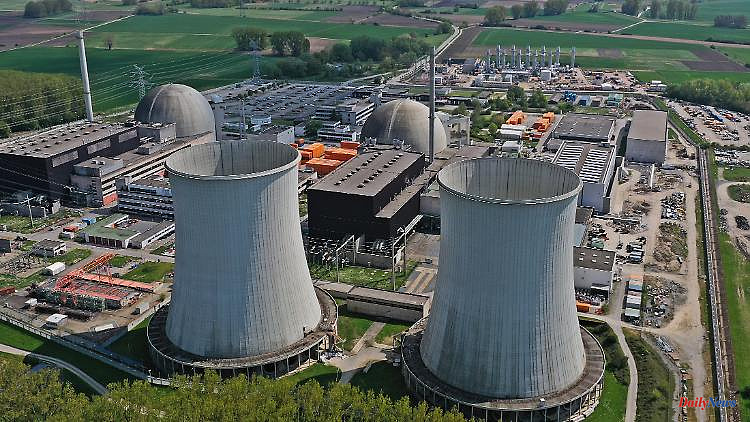 FDP parliamentary group leader Dürr renewed his party's demand to let nuclear power plants run longer. Since there is a risk of gas supply being stopped after the maintenance work on Nord Stream 1, the energy supply must be secured. Nuclear power should be preferred for power generation.

Within the traffic light coalition, the FDP is increasing the pressure for longer operating times for the remaining nuclear power plants in Germany. Group leader Christian Dürr said with a view to the debate about gas deliveries from Russia: "We don't want to paint the devil on the wall. But we have to prepare for a scenario that could have far-reaching consequences for private households and German industry. Not a cubic meter of gas more electricity should have to be generated. That's why it would be right now to extend the runtimes of the nuclear power plants beyond the winter."

Gas has not been delivered via the Nord Stream 1 Baltic Sea pipeline since Monday due to maintenance work. This usually takes up to ten days. However, because of the Ukraine war and Western sanctions against Russia, there is now great concern that the gas tap will remain closed. FDP parliamentary group leader Dürr said: "It can happen that after the maintenance work on Nord Stream 1 no more gas flows." Russian President Vladimir Putin does what he wants. "It would hardly be surprising if he used technical reasons to finally turn off the gas tap."

Economics Minister Robert Habeck and Environment Minister Steffi Lemke had advised against extending the service life of the three remaining nuclear power plants in Germany, which are scheduled to go offline at the end of 2022. "A small contribution to the energy supply would stand in the way of major economic, legal and safety risks," says an audit report from the ministries.

Dürr also said: "We should also talk about the production of gas in the North Sea. Anyone who talks about cold showers and warm sweaters in these weeks is mistaking the seriousness of the situation. Ideological debates don't help us one bit in winter when there is a risk of supply bottlenecks. " The primary goal of the federal government must be a secure energy supply. "As sensible as it is in principle to use energy sparingly, a secure supply is now the top priority. We have to exhaust all possibilities for this."

1 CSU wants heat action plan: Left calls for public... 2 Keir Starmer continues to search for a vision 3 Optimize or switch?: What you should do now if you... 4 All summer long: Heathrow Airport introduces passenger... 5 Social media: Students question TikTok & Meta... 6 Mood among Germans in the basement: Concern about... 7 Horror inflation among the British: supermarkets provide... 8 Heatstroke and heat exhaustion are two things to watch... 9 Euro falling: "The consumer is the fool" 10 Crisis industry draws hope: "Wind power will... 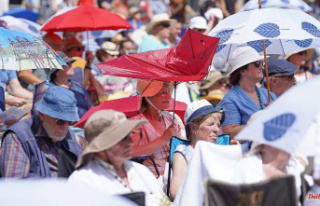